The Commonwealth Games 2022 will host the top sportsmen and women. We focus on the Indian athletes who are looking to impress.

"The goal is always to win accolades for the country"

The Commonwealth Games 2022 are set to showcase the most gifted athletes from around the world.

Taking place in Birmingham, UK, the multi-sport games are live between July 28 and August 8, 2022.

The West Midlands is due to be a hub of world-renowned sportspeople who will excite crowds ranging across 15 venues.

Amongst some of the favourites to leave with gold are Australia and Canada, but the Indian athletes will hope to leave with success as well.

They do have some historical momentum coming into the championships.

They are the fourth most successful country in the Commonwealth Games with 503 total medals, 181 of them being gold.

The nation will take part in 15 sports ranging from the 4 x 400 m relay to weightlifting.

A total of 215 athletes will represent India and some of the country’s biggest stars are travelling. Among them are Neeraj Chopra and Joshna Chinappa.

There’s a lot of excitement to see how India battles it out at the Commonwealth Games 2022. So, here are our picks to look out for. 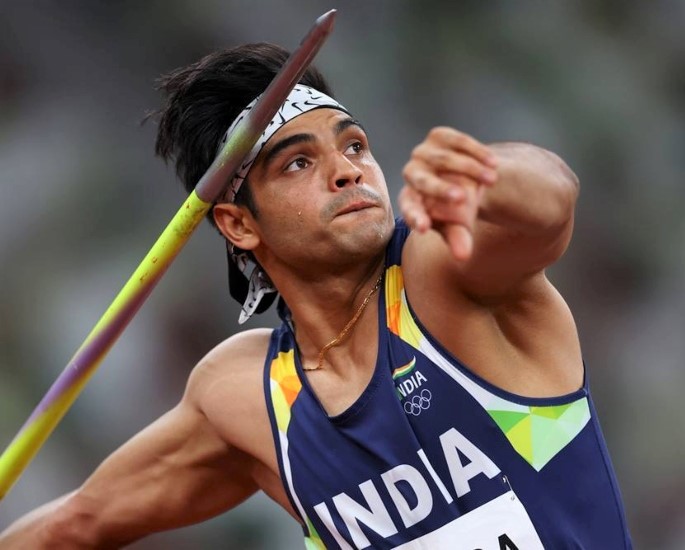 India has a strong depth to their athletics team but fans are most excited to see the return of javelin thrower Neeraj Chopra.

The 24-year-old is one of the most thriving Indian athletes and uses his impressive wingspan to achieve massive throws.

The sportsman continued this momentum in 2018 when he won gold at both the Commonwealth Games and Asian Games.

However, Neeraj highlighted that he is only getting better after an impressive debut at the 2020 Tokyo Olympics.

He marked the occasion with a gold medal after a grand throw of 87.58 m, smashing numerous records.

He is the youngest ever Indian Olympic gold medalist in an individual event as well as the only Indian to have won gold in his debut.

Indian fans rejoiced across the globe as Neeraj stepped onto the podium. But, this has only served as motivation to carry on.

However, he beat this just 15 days later, achieving a throw of 89.94 m at the Stockholm Diamond League. Therefore, the competition will be keeping a keen eye on Neeraj.

Let’s see if he can continue his record-breaking spree at the Commonwealth Games 2022. 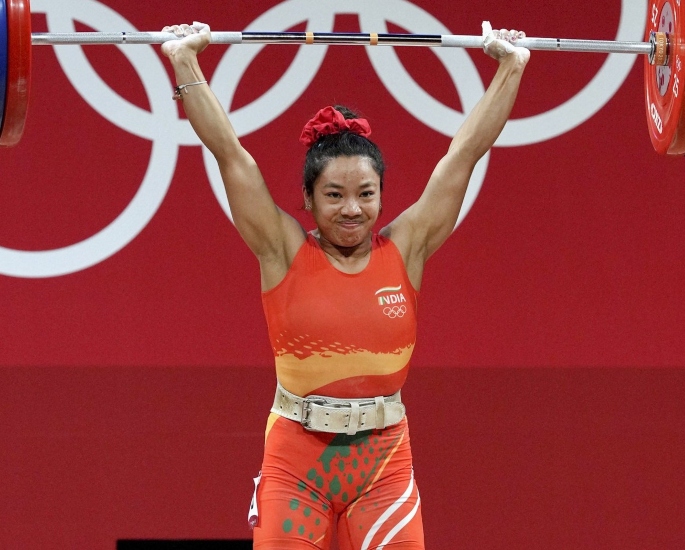 Saikhom Mirabai Chanu is one of the standout stars heading into the 2022 games.

The weightlifter specialises in the 49 kg category and can lift some impressive numbers. In the 2020 Summer Olympics, Chanu lifted an astonishing 202 kg to win silver.

She is the second Indian weightlifter to win an Olympic medal after Karnam Malleswari.

She actually won India their first medal at the Tokyo Olympics by registering an Olympic record of 115 kg in the clean and jerk.

Her social media is flooded with training videos and physical preparation she goes through to get ready for her elite performances.

Her dynamic stretching is one of the keys to her success and her hard work doesn’t go unnoticed.

In 2018, she was awarded the highest sporting honour in India, the Major Dhyan Chand Khel Ratna.

Within the same year, she received the Padma Shri, the fourth highest civilian award in India, showing just how valuable she is to the nation.

However, her list of achievements did not halt here. In 2022, she won the prestigious BBC Indian Sportswoman of the Year Award (ISWOTY). In her speech, she stated:

“I will give my best to win gold at this year’s Asian and Commonwealth Games.”

There’s no doubt that fans are looking forward to seeing the true power and strength of Chanu. 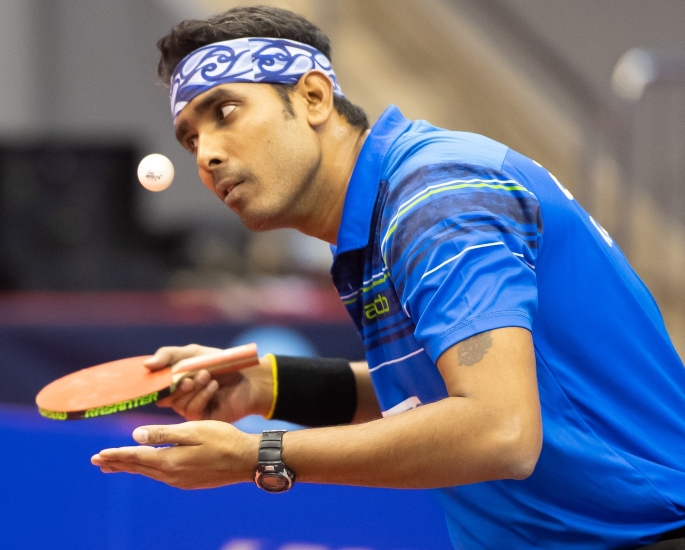 India’s Commonwealth team is full of stars but only a few have seen the success of table tennis player, Sharath Kamal.

The athlete is the first Indian table tennis professional to ever become a nine-time Senior National Champion, breaking the previous record set by Kamlesh Mehta.

After winning gold at the Commonwealth Games in 2004, Kamal received the Arjuna Award for his outstanding performance in sports.

This was unsurprising given how talented Kamal is on the table. His quick returns, pacey deliveries and sneaky shots have oppositions in trouble.

He showed these attributes in 2010 at the US Open Table Tennis Championships. Beating defending champion Thomas Keinath 4-3, Kamal caused an epic upset.

In the same year, he beat Hong Kong’s Li Ching to become the first Indian to win a singles title on the ITTF Pro Tour.

Impressively, he led India to the team title in the same competition, overcoming the favourites, England.

This is just the tip of the iceberg of what Kamal has achieved and what he intends to build upon.

In his training for the Commonwealth Games 2022, the athlete tweeted a picture of him in the gym with the quote:

“The only discipline that lasts is self-discipline.”

Kamal is looking to bring the heat in this competition and given his record, he has other countries on high alert.

Winning eight medals at the Commonwealth Games, four of these have been gold medals. So, let’s see if he can serve his way to victory. 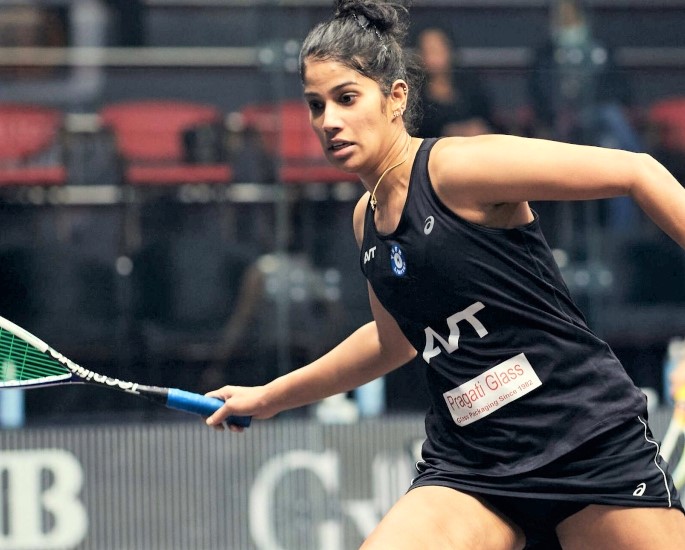 One of the eldest members of India’s travelling team is 35-year-old squash player Joshna Chinappa. Although, she still has a lot left to give to the game.

Hoping to bring her A-game, the athlete is raring to go, telling The New Indian Express:

“I always look forward to playing in the Commonwealth and the Asian Games.

“It is the biggest platform for any athlete and the goal is always to win accolades for the country.”

“The preparation for these games starts at least a year in advance. For a sportsman, striking the right balance between mind and body is of utmost priority.”

Joshna has a wealth of experience in the sport and will surely draw from her past matches to get to the finals.

She won the British Junior Squash Championship in 2005, making her the youngest Indian women’s national champion.

In 2014, the superstar won the women’s doubles at the Commonwealth Games alongside Dipika Pallikal Karthik.

At the event’s 2018 Gold Coast edition, the duo won a medal again, this time silver, losing out to New Zealand.

In 2016, she reached a career-high world ranking of number 10 and as of 2022, holds the record for most national championships – winning 18.

Although, it was in 2018 that Joshna caused her most famous upset.

In straight games, she beat the Malaysian, Nicol David, who was the world number one for a record-breaking 108 months.

So, Joshna definitely has the capabilities to take down anyone in her path to glory.

Her fearlessness, acceleration across court and shot range will be the strongest aspects of her arsenal. 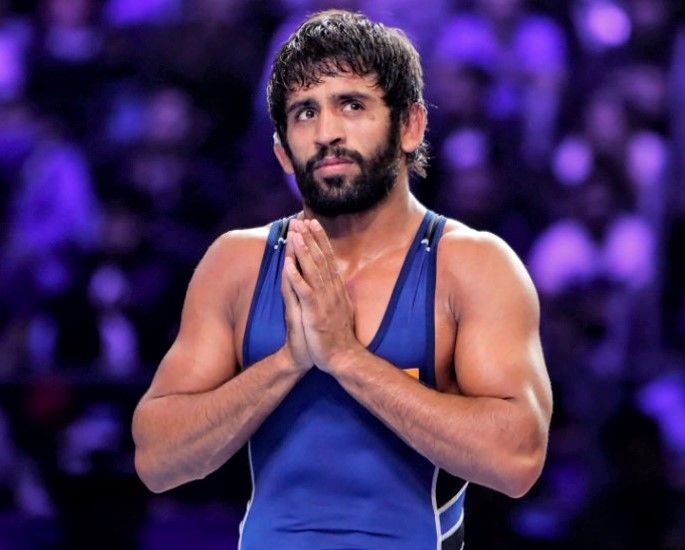 28-year-old Bajrang Punia is one of the favourite Indian athletes to succeed in the Commonwealth Games 2022.

Specialising in the 65 kg weight class, Bajrang is a stocky yet agile wrestler who announced himself on the world stage at the Tokyo Olympics.

He defeated Kazakhstan’s Daulet Niyazbekov in convincing fashion with an 8-0 mauling, receiving the bronze medal.

However, he has also impressed at the World Wrestling Championships, winning two bronze and one silver medal. He’s the only Indian wrestler to ever win three medals at these championships.

But, the athlete is no stranger to gold either.

He won first place at the 2018 Asian Games and went on to achieve the same prize at the Gold Coast Commonwealth Games in the same year.

A year later, he won the top prize at the Asian Championships, adding to his previous first-place finish in 2017.

Bajrang is a surefire hit at the Birmingham-based games.

His international experience and ability to control the mat will work in his favour.

His versatility and stance changes confuse opponents and allow him to grapple them until they submit under his relentless pressure.

He’ll be joined by other wrestling athletes such as Deepak Punia, Ravi Dahiya, Pooja Gehlot and Anshu Malik.

India has a plethora of talent at the Commonwealth Games 2022.

Spreading their massive team across a wide range of sports may result in stunning team performances at the championships.

Whilst they will come up against stiff opposition, India has the talent and skill to overcome adversity.

Likewise, their unbreakable fighting spirit should keep them in the loop of medals and one of the most talked-about nations at the games.

Lalit Modi announces ‘New Beginning’ with Sushmita Sen
Where is the Diversity in the England Women’s Team?