India demolished Pakistan in the women’s T20 clash at the Birmingham Commonwealth Games 2022. The ladies in blue were outstanding.

"The way she bowled was outstanding to watch."

India overcame Pakistan by eight wickets in the women’s T20 cricket Group A encounter as part of the  Commonwealth Games 2022.

The women in blue had the upper hand in all departments at Birmingham’s Edgbaston Cricket Ground on July 31, 2022.

The toss was delayed for this highly emotive women’s match between the two archrivals after a constant early morning drizzle.

This is after on-field umpires, Lauren Agenberg and Kim Cotton had a pitch inspection just before 10:30 am.

Whereas Pakistani fans were voicing their support with the words, ‘Dil Dil Pakistan.’ 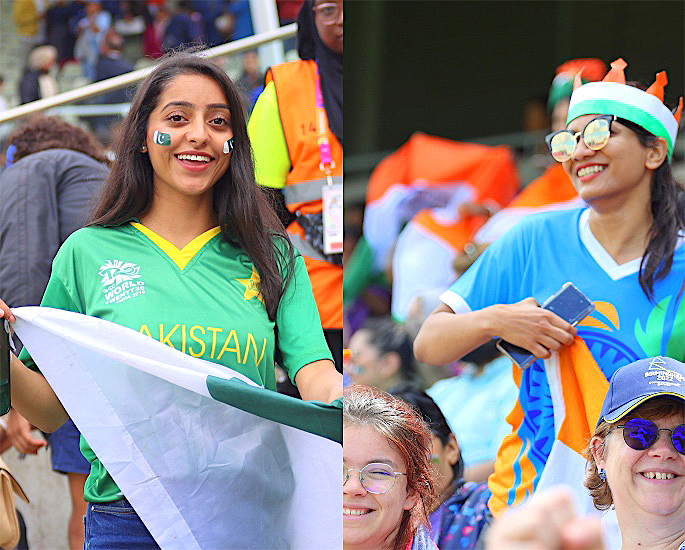 There was finally some good news at ten minutes to eleven, as the clouds began to diminish and the rain came to a halt.

Subsequently, the ground staff came on to take off the covers in the middle. The Indian players came onto the field first, quickly getting into a team huddle.

As Team India began warming up, an announcement came that play was due to start at 11:25.

However, two mini bursts of rain saw further minor delays, with the match being reduced to eighteen overs.

This meant there were 5 overs of power play for each side with three bowlers able to bowl their full quota of four overs.

The remaining two bowlers could bowl a max of three over each.

Pakistan won the toss, deciding to bat – a decision which was later going to haunt them. Pakistan also had a major setback with ace batter Nida Dar out with a concussion.

With both sides, narrowly losing their opening matches, the high-octane clash was a do-or-die game.

We highlight the Commonwealth Games 2022 match, including all key performances and moments.

Sneha Rana Stars with the Ball as Pakistan Runs Out 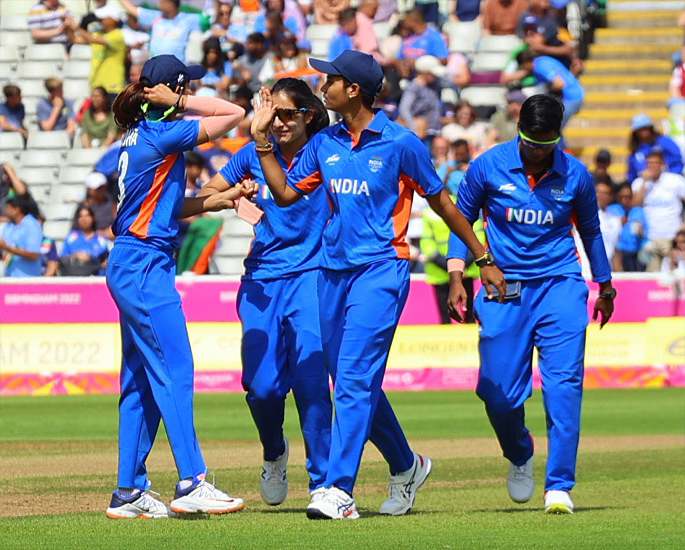 The energetic match of the Birmingham Commonwealth Games 2022 began at 11:50 am British Subject Time (BST). Pakistan was on the back foot early on.

They lost their first wicket with Iram Javed edging behind to wicketkeeper Yastika Bhatia off Meghna Singh for a golden duck.

The wicket came on the back of some early pressure, with the fielding side bowling a maiden first over.

Pakistan notched up their fifty in the ninth over, with Muneeba and Pakistan skipper Bismah Maroof going slow, yet steady.

Though shortly afterwards it went all pear-shaped as Pakistan lost two wickets in four balls. Bismah trying to sweep right arm offspinner Sneha Rana was out lbw for seventeen.

Three balls later, the well-set Muneeba was out, caught and bowled by Sneha for 32 off thirty balls. The lefties’ poor dismissal was a game changer.

Pakistan had to once again rebuild while keeping the score ticking as well. But they lost their fourth wicket, at 61.

A mistimed shot from Ayesha Naseem (10) found Jemima Rodrigues at deep wicket, off Renuka. A mix-up between Aliya Riaz and Omaima Sohail saw the end of the latter, run out for 10. 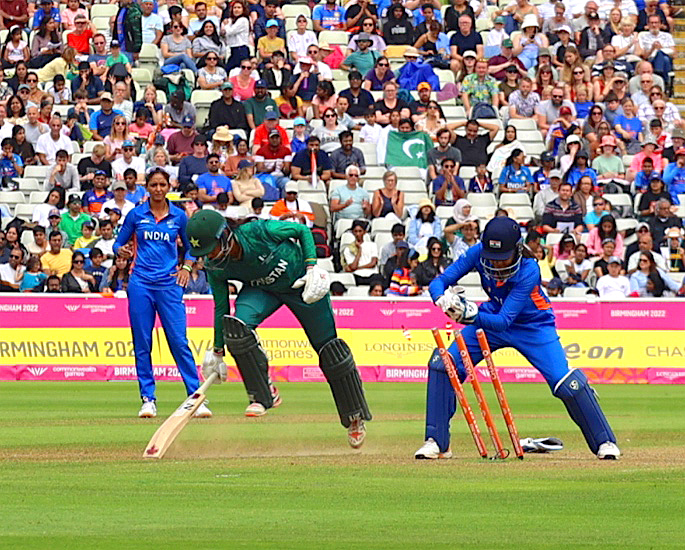 Aliya (18) then had the same fate, running herself out, courtesy of a direct throw from Meghna.

Fatima Sana (8) was caught and bowled the next ball off Shafali Verma, leaving Pakistan reeling on 96-7.

With only one more run added to the total, Diana Baig (0) was stumped by Bhatia off Radha Yadav. Tuba Hassan (1) continued the needless run-out trend.

Radha then bowled out Kainat Imtiaz for two on the final ball of the Pakistan innings. 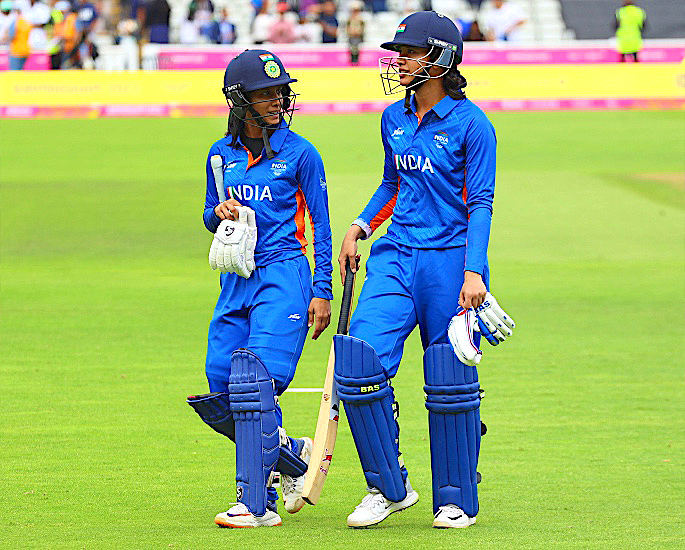 India got to a flyer, reaching their 50 in the fifth over, without losing any wicket. Despite Shefali Verma (16) being caught behind by Muneeba Ali off Tuba Hassan, India was in the driving seat.

In the eighth over, left-handed opener Smriti Mandhana reached her fifty in style, with a towering straight six.

Pakistan was desperately in search of wickets and did get one. Even though Omaima Sohail dislodged the timber of Sabbhineni Meghana (14) it was too little too late for the ladies from Pakistan.

Smriti remained unbeaten on 63 off fourty two balls, including eight 4s and three 6s. Post-match players from both sides spoke to DESIblitz.

Muneeba went on to acknowledge her wicket, which came at a critical time.:

“That was a soft dismissal. I was not expecting that from myself. I was disappointed, as I could have carried that momentum forward.”

Pakistan captain Bismah was quite disappointed by her performance:

“Yes, of course, I did not play up to the expectations.”

Pakistan made three fundamental errors. Firstly, their decision to bat first on a wet outfield backfired on them. Secondly, they wasted fourty-nine balls without scoring, which was quite abysmal.

Lastly, they had three run-outs, which felt like one too many even by T20 standards. Pakistan has one game left against Australia.

Unfortunately, for Pakistani supporters, there is no way back. They cannot reach the semi-finals. Smriti told us India treated this game like any other, intending to be successful in a professional manner.

“For us, it was another international match, we needed to win, without adding any extra pressure.” 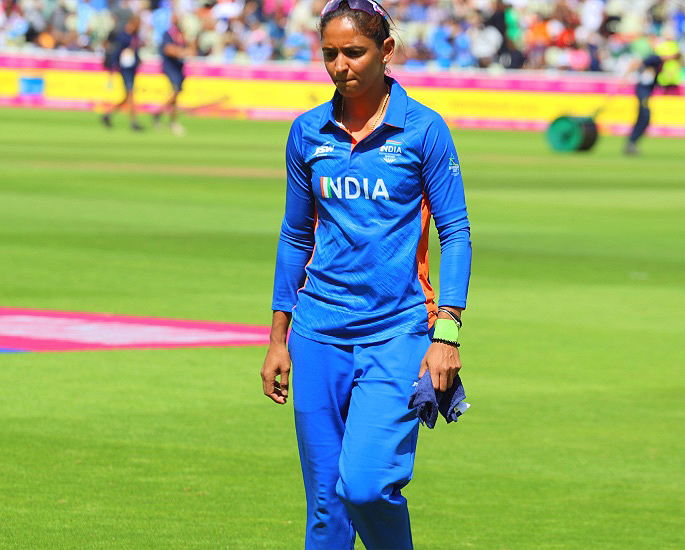 Indian skipper Harmanpreet Kaur was in a calm mood, following the win, citing it as a true team effort.

Additionally, Harmanpreet emphasised the welcome return of Sneh who had a terrific spell of 2-12 from her four overs:

“She has always done well against Pakistan. The way she bowled was outstanding to watch.

“We were looking for a wicket when she came on for bowling.”

Sneh was the starlight of Team India, with Smriti stealing the show in the end. With such a big margin of victory, India has significantly improved their net run rate.

With this triumph, the women in blue have shown their potential and calibre at the  Commonwealth Games 2022.

They will want to kick on from here and take confidence going forward. They had a lot of support from the Indian community residing in Birmingham and nearby.

DESIblitz congratulates Team India for winning this crucial match versus Pakistan at the Commonwealth Games 2022.