The England Women’s team have triumphed against Germany to win Euro 2022 and end the nation’s wait for a major trophy.

the nerves turned to jubilation in the 110th minute.

The England Women’s team have won Euro 2022 after defeating Germany in extra time.

Going into the final, the Lionesses had won every game so far, conceding just one goal.

Germany were the favourites, having won the tournament eight times.

But England had huge support from the home crowd as they hoped to win their first major trophy.

More than 80,000 fans gathered inside Wembley Stadium to watch the match.

England got off to a good start, with Beth Mead causing early problems for the Germans. 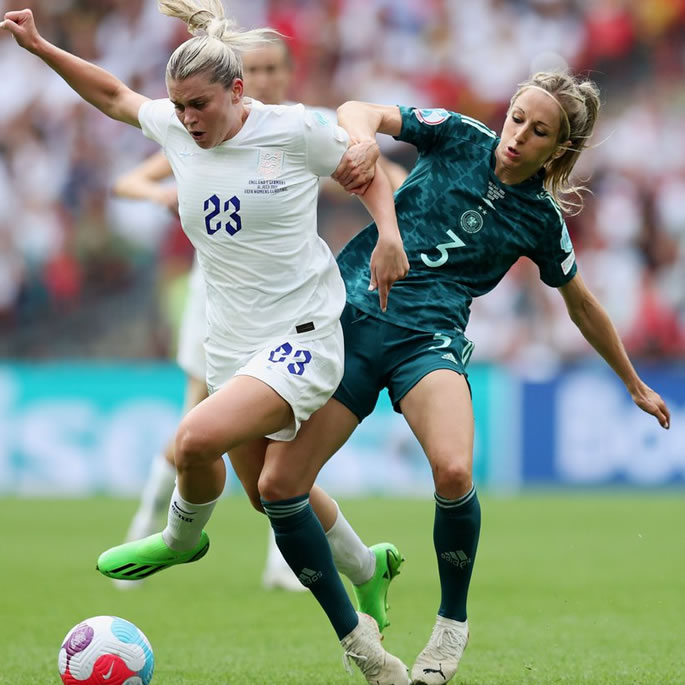 The side’s record goalscorer Ellen White had a good chance, however, her close-range header proved to be no problem for German goalkeeper Merle Frohms.

The game became a heated affair, with both sets of players flying in with heavy tackles.

It remained goalless at half-time, with both teams looking good.

The breakthrough came in the 62nd minute when a long-range pass from Keira Walsh found Ella Toone, who broke away from Germany’s defence before calmly chipping the ball over Frohms to make it 1-0.

But Germany did not let the goal affect them, turning up the intensity and creating chances.

England were struggling with Germany’s pressure and in the 79th minute, Lina Magull scores the equaliser.

The final few minutes were tense but England held on to take the game to extra time.

The nerves inside Wembley were evident as fans anxiously watched their side trying to keep up with Germany.

England looked tired but they remained strong and the nerves turned to jubilation in the 110th minute.

Germany failed to clear a corner as Lucy Bronze met the ball. The ball fell to Chloe Kelly, who poked the ball into the net.

Things became desperate for Germany as they tried to find a goal and take the game to penalties.

As time drew to a close, things became scrappy but it benefitted the Lionesses as Germany struggled to build any momentum.

The referee eventually blew the whistle and Wembley was in pandamonium as England’s Women secured their first major trophy. 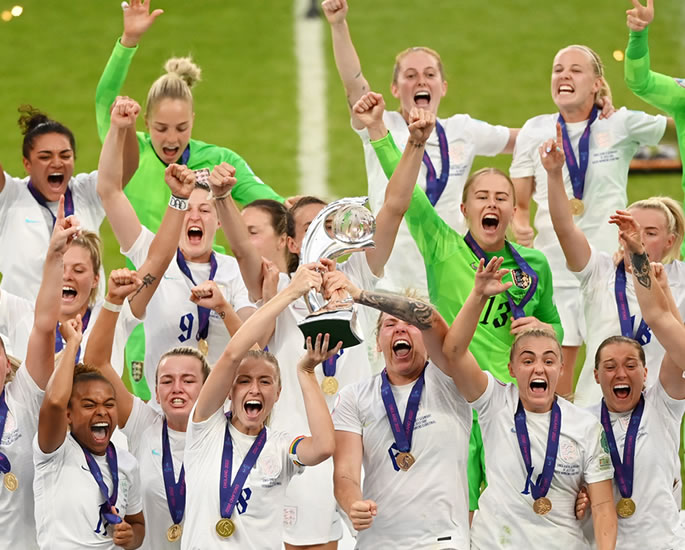 It was also the first major trophy at senior level since the 1966 men’s World Cup.

As they waited to lift the trophy, the players encouraged the fans to sing and cheer.

In addition to “bringing football home”, there were also individual honours for Mead who collected the golden boot and player of the tournament.

Although Sarina Wiegman’s side have triumphed, it was a very ‘white’ side and did it represent England today?

This has been talked about throughout the tournament and the lack of diversity should be of concern for the team going forwards.

Germany had Nicole Anyomi, and a country once known for its fascism and racism in the past, today had a black player in the final.

Despite having black players on the bench, Nikita Parris came on for the final minute as if it was tokenism.

Following the women’s win, the attention will now turn to the men’s side and whether they can win the World Cup in Qatar when the tournament gets underway in November 2022.

Dhiren is a journalism graduate with a passion for gaming, watching films and sports. He also enjoys cooking from time to time. His motto is to “Live life one day at a time.”
T20 Commonwealth Games 2022: India Crush Pakistan
Weightlifter Vikas Thakur wins Silver & honours Sidhu Moose Wala