Where is the Diversity in the England Women’s Team?

The lack of diversity in the England Women’s football team has overshadowed the team’s recent success. We explore the issue in more detail.

Although the England Women’s team won Euro 2022, the question surrounding the diversity of the team remains.

The side was outstanding throughout the tournament.

But the positivity surrounding England’s pursuit of glory has been impacted by claims that Sarina Wiegman’s team lacks the diversity of the country it represents.

This is highlighted in the 23-woman squad as just three of the Lionesses – Nikita Parris, Demi Stokes and Jess Carter – are of Black or mixed heritage.

In contrast, France’s side has 15 Black or Brown players.

None of England’s ethnic minority background players are in the starting lineup.

And there is definitely a lack of British South Asian players and none in the national team, so the question is, where is the diversity?

We explore this issue and the reasons why hardly any Black, and no British South Asian, players are in England’s Women’s national side.

What has been said about England’s ‘Whiteness’? 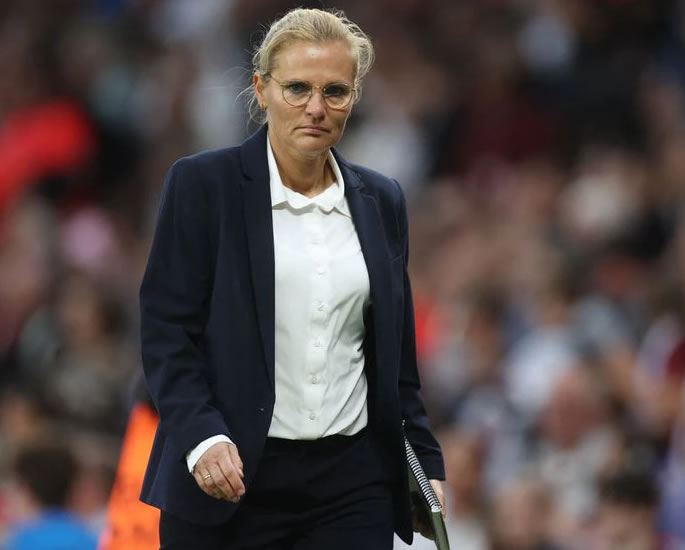 The lack of the England Women’s team’s diversity has been talked about during Euro 2022.

During BBC’s live TV broadcast of England’s 8-0 win over Norway, presenter Eilidh Barbour highlighted the diversity issue in the women’s side by saying:

“All 11 starting players and five substitutes who came onto the pitch were white, and that does point towards a lack of diversity in the women’s game in England.”

Barbour’s comments led to a social media backlash, with high-profile figures criticising both the presenter and the BBC for questioning Head Coach Sarina Wiegman’s squad.

But former England players Alex Scott and Anita Asante defended Barbour and supported the suggestion that England’s Euro 2022 squad does not reflect the demographics of the host nation.

“Budding Lionesses need role models to whom they can relate.

“That is one of the many reasons why diversity is so important and why it is legitimate to question the England team’s whiteness.

“Young girls who cannot see anyone who looks like they do lack heroines to emulate – and that matters.”

On the other hand, Gareth Southgate’s men’s side had 11 players of Black or mixed heritage in his 26-man squad at Euro 2020.

The issue was acknowledged by Wiegman, who admitted:

“So absolutely, everyone who wants to be involved in football, in whatever position, play the game or do something else, should be welcome.

“I know the FA has set strategies in place to empower that, to get more diversity in the game, so that’s something for the longer term.

“So I hope in the longer term we get more diversity, also in the national team.

“I think for now, for me I don’t care whether someone is Black, white, everyone knows that – I just pick the players that I think are the best to perform at the best level.

“That’s short-term, but hopefully in the future, there is more diversity.” 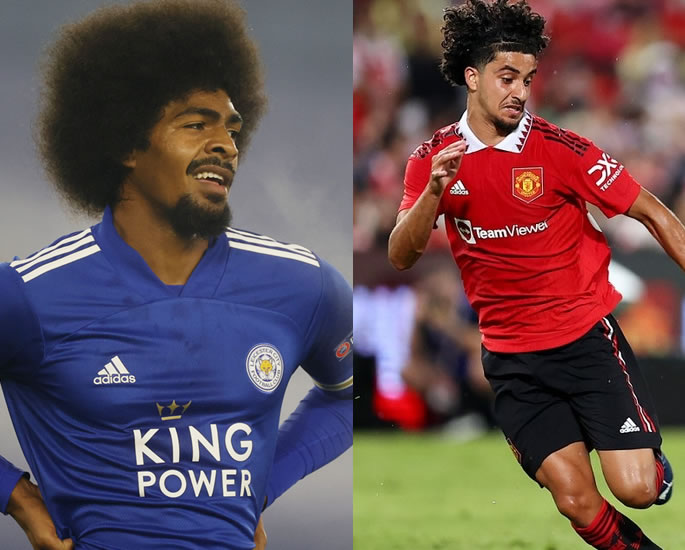 In the men’s game, there are many Black and mixed heritage players thriving in the Premier League.

In terms of the national team, it is one of the most racially diverse sides, with the likes of Raheem Sterling and Kyle Walker being regular starters, and starlets like Jude Bellingham and Marc Guéhi breaking into the team.

But the lack of British South Asian footballers remains.

According to the Professional Footballers’ Association data, the are 115 players from British South Asian backgrounds out of almost 15,000 players in academy and professional football.

By contrast, the 2011 census said that around 7.5% of England’s population was of Asian descent.

Michael Chopra was one of the first British South Asian footballers to play in the Premier League.

For many aspiring British South Asian footballers, it is a dream to play in the Premier League and only now are we seeing this.

Leicester’s Hamza Choudhury has made over 80 appearances for The Foxes.

Meanwhile, Zidane Iqbal made history by becoming the first British Asian to play for Manchester United when he came on as a sub in the Champions League.

The ultimate dream is to play for England.

But if there are hardly any ethnic minority women footballers playing for England, does this mean that no British South Asian girls will ever be considered? 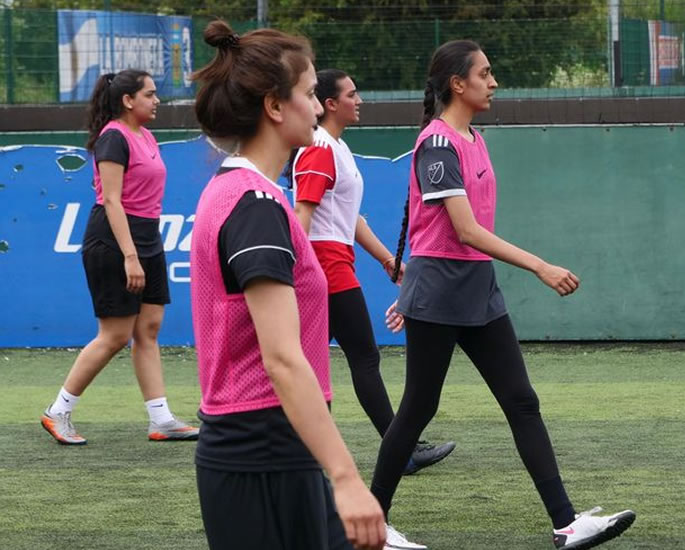 The England Women’s team’s lack of diversity is clearly a problem and the obvious person to point the blame at is Head Coach Sarina Wiegman.

But it has nothing to do with her teamsheets.

The issue has everything to do with the routes leading female players to the England squad.

In England’s WSL, there are just 29 black, Asian or mixed heritage players.

The English female scouting system lacks sufficient grassroots bodies, the necessary resources and the imagination needed to look in the right places.

So the question is: Why don’t chief scouts ask organisations like Football Beyond Borders to help them identify talented players from ethnic minority backgrounds.

Another issue is demographics.

Some areas in England are much whiter than others. Despite this, it seems scouts are not identifying promising ethnic minority players in much more diverse regions.

Are they not looking in the right places?

Is searching in similar places down to laziness?

It seems that diversity in the women’s game is actually going backwards as teams like Arsenal and Chelsea were quite diverse.

The likes of Mary Phillip and Alex Scott were pioneers of women’s football, with the latter going on to become a regular TV pundit and commentator.

This is the norm for most of their parent men’s Premier League teams who believe women’s teams should train in the same type of places.

However, there is a lot less money in women’s football and many young ethnic minority girls, who typically live in inner cities, can struggle to reach out-of-town training grounds.

On the other hand, a top men’s side will arrange for a male academy player to be taken from school to training and then back home.

“The future of the game is in representing the demographic in which it serves. Its fans, its players, its coaches – all those who put their heart and soul into the sport they love.

“The game has come so far in creating opportunities for all, but it must do better if we are to have a truly inclusive England.”

So when it comes to promising Black, Asian and mixed heritage female footballers, the scouting system must do more to provide a route for them to reach the national team.

Another reason why there is a lack of diversity in the England Women’s team is the barriers women face.

This is prevalent in all sports, not just football.

The World Health Organisation (WHO) recommends 30 minutes of moderate daily activity. But it is reported that 60% of the world’s population, the majority being women, fail to achieve this.

This is the idea that sport is masculine and elitist. This infers that women are not meant to be competitive and their bodies should not be muscular.

This includes poverty and a lack of economic means.

For women, this means a lack of time, a lack of appropriate, safe and accessible infrastructure, and no adequate clothing.

This includes the lack of awareness of the benefits of physical activity.

They, however, also deal with the myths such as the still prominent and thoroughly false perception that sport is a potential impairment to female fertility.

In football, coaches and administrators can be lazy at times when it comes to understanding the cultural differences which would enable them to challenge perceptions and, sometimes, myths. 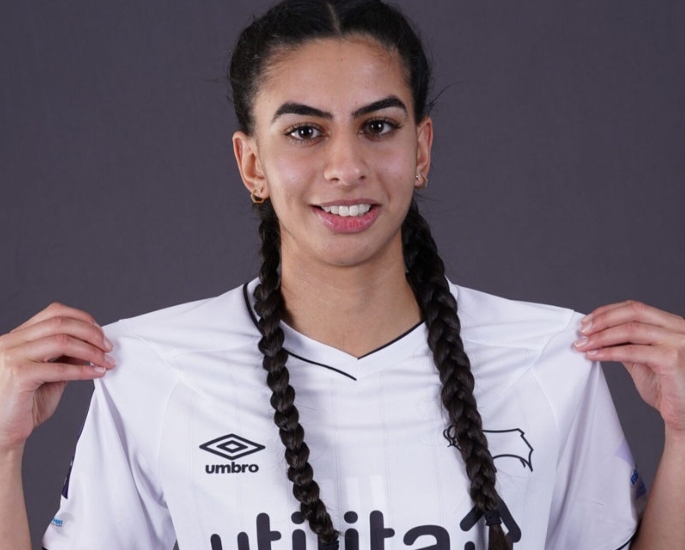 Kira Rai currently plays for Derby County and has spent over a decade at the club, having joined as an U10s player.

She is sponsored by the official Derby County supporters’ group, the Punjabi Rams, to which she explained the importance of the women’s game:

“I think the stigma associated with women in football still remains and continues to hinder participation.”

“Although the media coverage of women’s football has improved I think it is still a barrier to overcome in order to increase participation and attract more attention to the sport.”

Using the stigma attached to women’s football, especially as a British Asian, Rai uses this as motivation to succeed. 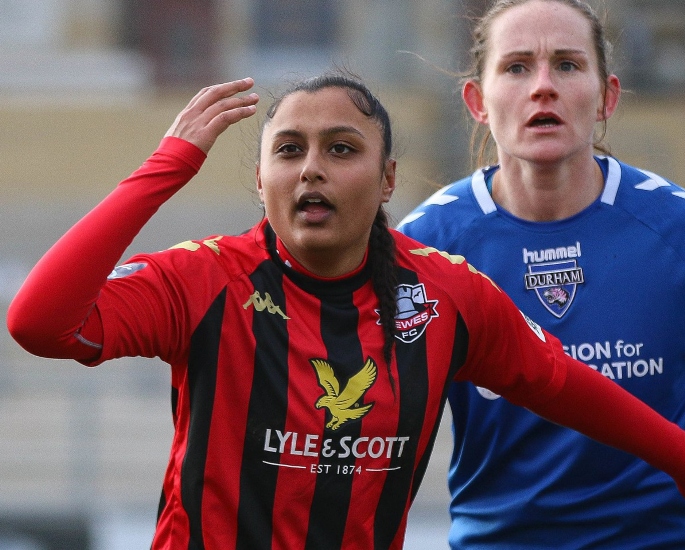 Simran Jhamat has played for numerous teams, including the likes of Liverpool, Leicester City and Lewes.

She currently plays for Bristol City and is the first British Asian professional in the club’s history.

She became the first Punjabi girl to score for England U17s at a competitive level when she blasted the net in a 6-0 win over Slovakia in 2017. 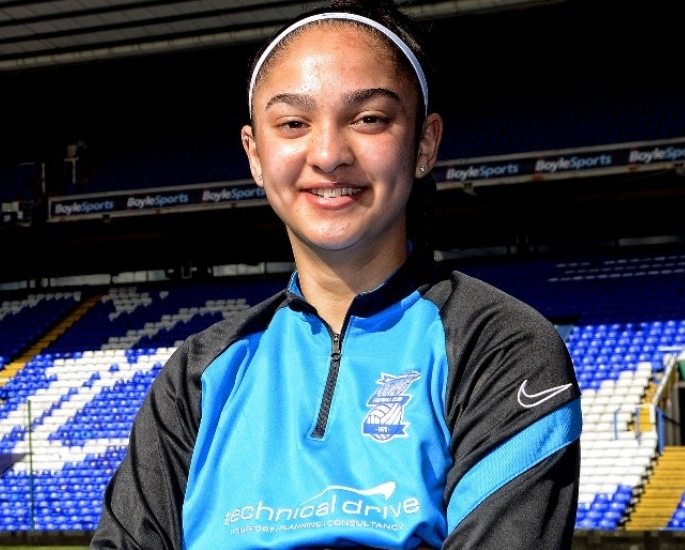 Birmingham City academy player Layla Banaras may only be 15 but she is a huge prospect for England in the future.

Despite her age, Banaras captains her youth team and impressively practices with Birmingham City’s under-21 squad.

She said: “I didn’t see a lot of Muslim or South Asian girls playing.

“I didn’t see any players that looked like me on TV, especially in the women’s game.

“Since then, the numbers have started to really take off.

“Now there’s loads of girls who are Muslim playing in those leagues.”

What is being done to Improve Diversity in Women’s Football?

The lack of diversity in the women’s game has been acknowledged by the top governing body.

In May 2022, the Football Association (FA) announced plans to create a more diverse talent pool for the women’s game, with better accessibility among five identified areas of improvement.

These plans have been supported by the Premier League.

Also, there plans to be a wider national network of what will be called ‘Emerging Talent Centres’ for girls aged eight to 16.

The FA’s director of women’s football Baroness Sue Campbell expressed her confidence the plans and the ‘Discover My Talent’ project launched summer 2021 will help create a “significant shift” in terms of diversity at the pinnacle of the English women’s game.

It aims to create a network for current WSL players from ethnic minority backgrounds.

They will receive one-on-one mentoring as well as tailored support.

The campaign says the primary goal is to increase the visibility of diverse role models.

Women’s football has come a long way, with matches selling out and being broadcast on mainstream channels.

There are also more British Asian footballers like Kira Rai and Simran Jhamat inspiring young girls to get into the sport.

But at the highest level, diversity remains an issue and will continue to be an issue unless the governing bodies expand their talent pool and scouting methods.

Dhiren is a journalism graduate with a passion for gaming, watching films and sports. He also enjoys cooking from time to time. His motto is to “Live life one day at a time.”
Commonwealth Games 2022 Preview: Indian Athletes
Cricket Scotland Board quits over Racism Claims