The Growth of British Asians in the England Cricket Team

DESIblitz looks at the rising importance of British Asians in the national England cricket team after four were involved in the 2016/17 tour of India.

On November 9, 2016, four British Asians came out onto the field of the Saurashtra Stadium in Rajkot, India, to represent the national England cricket team.

Adil Rashid, Moeen Ali, Haseeb Hameed, and Zafar Ansari were all representing England for their 2016/17 tour of India.

This is a significant increase to England cricket team sheets of the past.

And with each of the four players putting in more than encouraging performances in India, DESIblitz looks at the rising importance of British Asians to the national England cricket team. 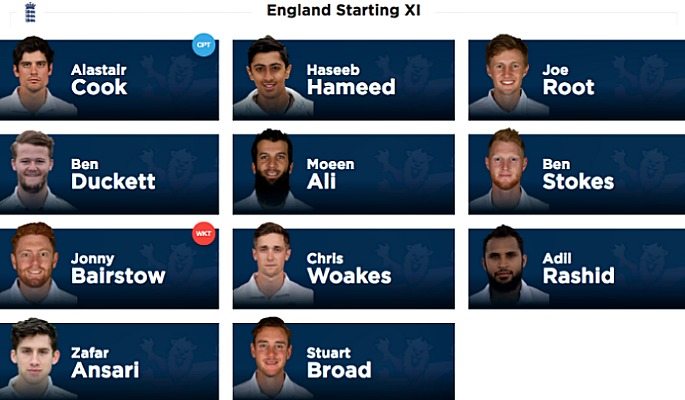 The inclusion of Haseeb Hameed and Zafar Ansari for England’s 2016/17 tour of India was a surprise to many fans.

Neither player had yet made their International debuts for the national England cricket team. But selectors were confident enough in their abilities to put them into the squad for the tour of India.

Their selection meant that the two exciting British Asians joined Moeen Ali and Adil Rashid in the England cricket team.

And so, for the first Test match against India, an unprecedented four British Asians were representing England.

Encouragingly, each of the four players put in promising performances. Between them, in the first innings, they scored a combined total of 185 runs and took an impressive eight wickets. 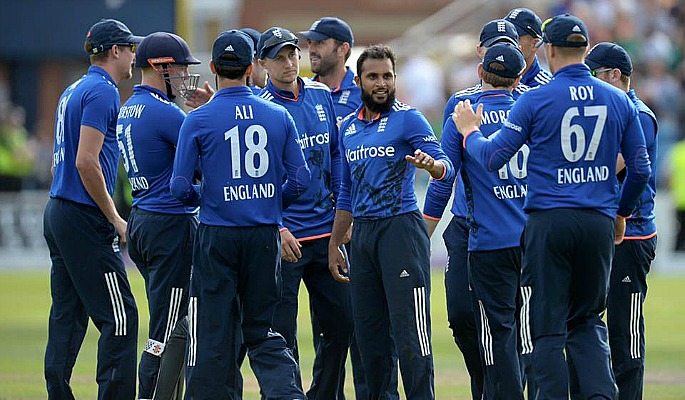 Despite Hameed becoming the youngest Test debutant to open for England, it was the experienced duo that led the way.

Moeen hit 117 with the bat, before bowling a notable 7 maiden overs. Leg-spinner, Rashid, meanwhile, ended with figures of 4-114. Ansari and Ali took a further two wickets each.

In the second innings, Hameed struck a wonderful 82 of England’s 260 runs before declaring. His score meant that he became the third youngest England batsman to score a half-century.

Hameed’s catch in the second innings led to the dismissal of India’s Murali Vijay for England’s third wicket. It was proving to be a special Test debut for Haseeb Hameed.

However, despite the British Asian players taking five wickets between them, England were unable to bowl out India.

The first Test match was drawn, but it was surely an inner victory for the England cricket team as they witnessed the raw talents of Hameed and Ansari for the first time. 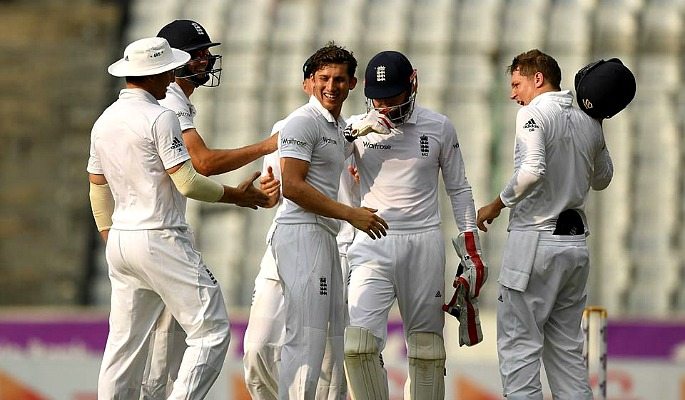 Rashid, 28, made his International debut in 2009 but struggled to maintain his place in the England cricket team. His Test debut only came in 2015, during the tour of the UAE against Pakistan.

However, after a sparkling performance in India, where he took 18 Test wickets, Rashid is sure to be a mainstay in the England side for 2017.

Moeen Ali will similarly be one of the first names on the England team sheet in 2017. The all-rounder, from Birmingham, has been a regular for England in all forms of the game since his debut in 2014.

With both international Test centuries and Test 5 wicket hauls to his name, Ali is sure to be an inspiration to both Hameed and Ansari. 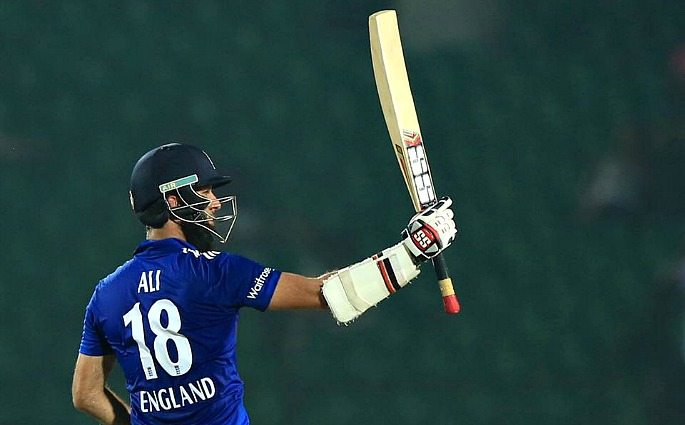 Unfortunately, both Haseeb Hameed and Zafar Ansari withdrew from the England cricket team midway through the tour due to injury. But not before some promising performances.

Ansari, from Berkshire, took 3 wickets in the first Test while scoring 32 runs in his two innings.

Hameed, meanwhile, struck a solid 219 runs over the course of the three test matches, as well as contributing in the field with four catches.

Hameed’s maturity with the bat has surprised most, and now there is a growing feeling that he could be a long-term opening batsman for the England cricket team.

Zain says: “He is a sick talent man. He’s only 19, but he’s playing with so much maturity.”

In the third Test, in Mohali, Hameed courageously continued batting despite having a broken hand. His desire to learn and succeed was made even clearer when he sought out and spoke to Virat Kohli for advice after the match. 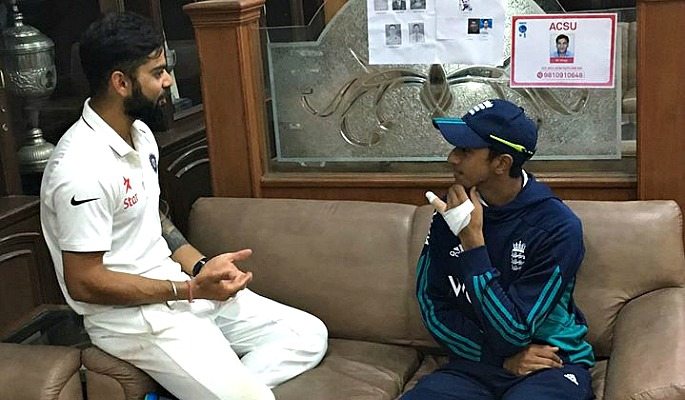 Speaking to The Telegraph, Haseeb says: “[He was] very open with me, and I was very grateful for that.”

Only Zafar Ansari, 25, is yet to win an official award at the Asian Cricket Awards. But with 2017 sure to be a big one for the all-rounder, that may soon change.

At the inaugural Asian Cricket Awards in 2014, Moeen Ali, 29, was named as the ‘Professional Player of the Year’.

Ali retained the title for the 2015 Awards before narrowly losing out to his England teammate, Adil Rashid, in 2016. 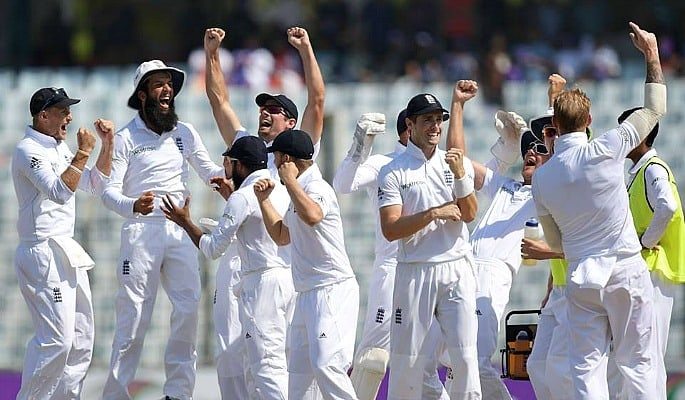 Rashid’s Asian Cricket Award now adds to the several ‘Young Player of the Year’ titles he won in 2006-2007.

But can a new British Asian starlet join Hameed, Ali, Ansari, and Rashid in the national England cricket team? 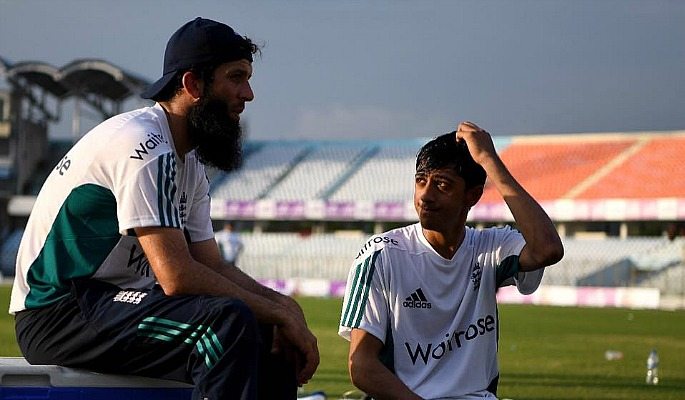 After Haseeb Hameed’s promising displays, England’s assistant coach was full of praise for the youngster. Speaking to The Telegraph, Paul Farbace says:

“Haseeb has shown, one huge plus from this series. There’s a young man with an unbelievable technique, a fantastic attitude and more importantly looks like he’s got the right mental approach to play for a long time to come.”

According to the England and Wales Cricket Board, players of Asian heritage make up almost 40% of recreational cricketers in the UK.

But with Hameed potentially set for a bright future with the England cricket team, can he help to inspire the future British Asian talents?

Only time will tell. But for 2017, there will certainly be a strong British Asian representation in the England cricket team.