Winners of the Asian Cricket Awards 2016

The 3rd Asian Cricket Awards took place on September 23, 2016, honouring the success of British Asians in sport, with many stars of cricket in attendance.

“It’s great to be picked for England. It’s surreal, it moved really quickly"

Prestigious guests from the world of sport and entertainment graced their presence in the star-studded event. Including England fast bowler Devon Malcolm and Sajid Mahmood, Pakistan spin bowler Saeed Ajmal, singer H-Dhami and members of the ECB.

Replacing Nihal Arthananyake as the anchor this year was a fellow colleague of BBC Asian Network Radio, Tommy Sandhu.

He said: “They had Nihal last year but this year it’s getting good as they have money. We are going to have a laugh but seriously tonight is all about celebrating and recognising people in the scene.”

The importance of the night was to award those British Asians who have given their all to progress their sporting careers to the highest standard. The awards also recognised the achievements of individuals on and off the field. 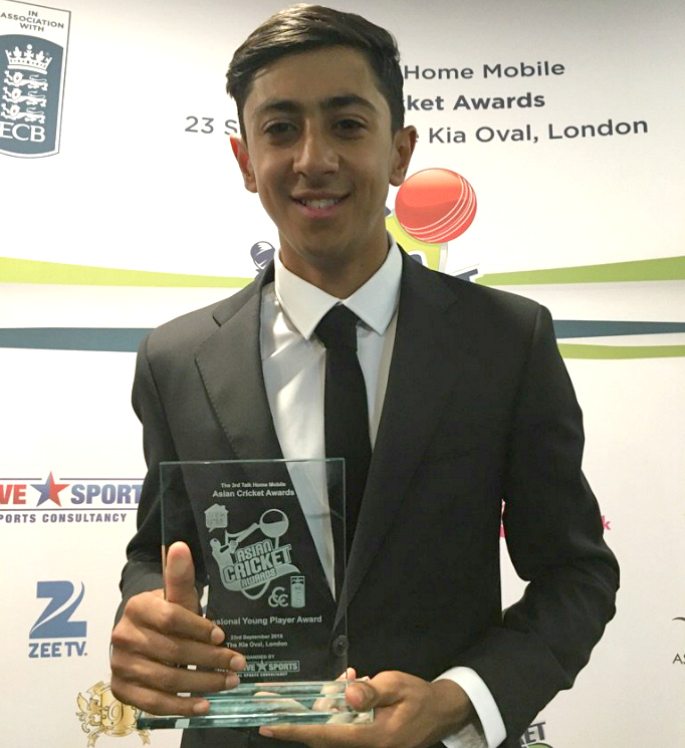 Colin Graves, elected chairman of the English Cricket Board (ECB), opened the proceedings by stating: “Our main aim without any shadow of a doubt is Asian Cricket, which is a massive part of anything we do in the future.

“It will form part of our strategy going ahead. Our big aim in the future is to extend our reach and participation through the game.”

He was followed by Co-Founder of ACA, Baljit Rihal, who said: “It was with overwhelming joy that I recently witnessed four British Asians named in the Test squad to tour Bangladesh.

“Congratulations to Adil Rashid, Moeen Ali, Zafar Ansari and Haseeb Hameed – who stands to potentially join a select list of England’s youngest Test debutants. 2016 has been a tremendous year for Asians in cricket, and one I believe marks a significant chapter in the progression towards greater inclusion and diversity in this country.

“We are grateful to Talk Home Mobile, our headline sponsor, who has shown great support and belief in championing these awards for the third consecutive year.”

The first award of the night was presented to Amna Rafiq (Leicester CCC) for her Behind the Scenes contributions whilst the Grassroots Awards went to Shahidul Alam Ratan (Director of Cricket at Capital Kids, London Tigers CC). 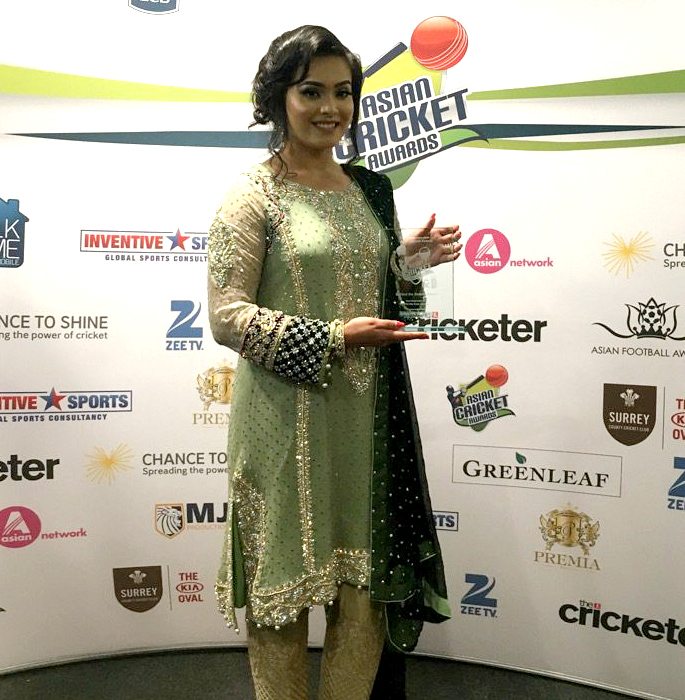 In between the awards ceremony the audience was shown a trailer of the upcoming Bollywood biographical film, M.S. Dhoni: The Untold Story. The film directed by Neeraj Pandey is based on the life of Indian cricket and the current ODi and T2O captain of the Indian national cricket team Mahendra Singh Dhoni.

It was a quite pleasant September evening with the nominees and guests in buoyant moods at the Kia Oval. The England Suite had a lot of familiar faces in the room alongside a few fresh and nervous individuals.

Former Sri Lanka captain Kumar Sangakkara was honoured with a Special Recognition Award by ACA founders Inventive Sports. Sangakkara scored more than 28,000 Test runs during his long and successful career and is regarded as one of the sport’s greatest batsmen:

“It’s a great privilege and pleasure to be presented with this award. The Asian community in England and at large have been wonderful icons and a great inspiration,” he said.

Hameed, 19, was last week called up to the England Test squad for the upcoming tour of Bangladesh. If he plays, he will become the youngest player to represent the country since Brian Close turned out against New Zealand at Old Trafford in 1949. 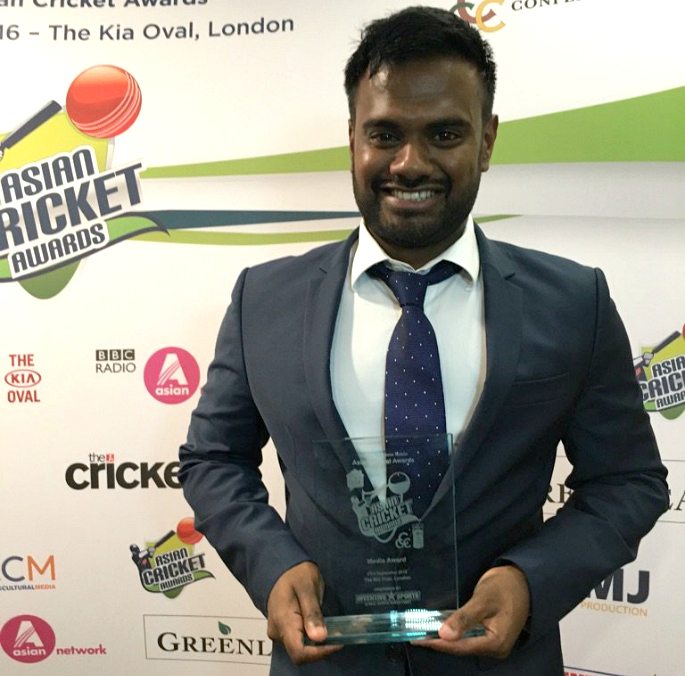 “It’s great to be picked for England. It’s surreal, it moved really quickly. I’d never have dreamed about being picked 12 months ago. Alistair Cook has been in touch to say congratulations, but I’m really looking forward to meeting and working with the team. I have to make sure I don’t change my game, and I have to make sure I do it my way.

“This is the second time I’ve won the [ACA young player] award. I got confidence from winning last year and it’s a very nice feeling.

“I have to take everything in my stride and stay balanced. At this age, it can only be about upbringing, so it’s a credit to my parents.”

Adil Rashid stumped his fellow England colleague Moeen Ali to pick up the Player of the Year award:

“I was honoured to be nominated in the 2016 Asian Cricket Awards alongside my England team-mate Moeen Ali. I’m very proud of my Pakistani heritage, and to be representing England at cricket.”

“There are so many people in the British-Asian community who give so much to the sport in this country at every level, and I congratulate all the nominees,” he later said.

Here is the full list of winners for the Asian Cricket Awards 2016.

The success of the Asian Cricket Awards has become an integral part of cricket every year and is encouraging more and more British Asian’s to participate in sport.

Every year, new faces are emerging hoping to emulate previous winners who have gone on to achieve more. Long may this continue.

A huge congratulations to all the nominees and winners of the Asian Cricket Awards 2016!