Winners of the Asian Cricket Awards 2014

The first Asian Cricket Awards took place at Lord’s on October 7, 2014. A star-studded event, celebrities and sports personalities arrived to celebrate British Asians in cricket. Find out the winners here.

"It’s the drive and the passion that I really enjoy from playing cricket. It gives you something positive to work hard for."

The prestigious Asian Cricket Awards (ACA) kicked off for its inaugural year at Lord’s: The Home of Cricket on the evening of October 7th, 2014.

Singer Navin Kundra provided the entertainment for the evening. The young British Asian is most popularly known for his Hindi mix cover of John Legend’s ‘All of Me’.

The awards recognise the incredible achievements that many young British Asians have strived towards throughout their sporting careers, whether they are starting out at grassroots level, or matured to professional level. 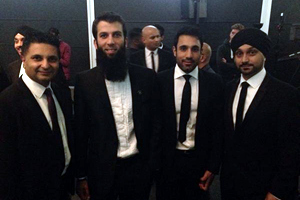 Gopi Raj of the England Tamil Cricket League, took away the ‘Grassroots’ award, while Simran Panesar who plays for Warwickshire U-19s won the ‘Amateur Player of the Year’ award.

One of the key favourites of the night was Ravi Patel who took the award for ‘Professional Young Player of the Year’ award. Patel, who is only 23, plays for Middlesex.

‘Woman in Cricket’ was awarded to Salma Bi. Salma who plays for Worcestershire County, tweeted out: “This is amazing, a really special feeling. It’s the drive and the passion that I really enjoy from playing cricket. It gives you something positive to work hard for.

“I’ve looked up to many amazing players in this journey and have played alongside some great players for my club. I just continue to learn more and more every day.”

Co-host of the ACA, Isa, who is also an IPL TV Presenter, took the ‘Media’ award for her outstanding contribution in bringing British Asian cricket into the limelight.

Another aim of the awards is to also honour those who are working tirelessly off the cricket pitch to make cricket more accessible for young British Asians across their communities.

Co-founder Baljit Rihal said in his speech during the evening: “Our intention is to showcase inspirational role models. We are not only interested in recognising those that play the game, we also want to celebrate those that make it all happen.”

The ‘Behind the Scenes’ award went to Amjad Aziz, the Vice-Chairman of the Birmingham Cricket League, while ‘Coach of the Year’ was awarded to Qasim Ali (Lancashire South Asian Talent Search, England Physical Disability Squad). The ‘Inspiration’ award went to Chairman of Attock Cricket Club, Naz Khan.

Watch all the highlights and Gupshup from the Asian Cricket Awards 2014 here: 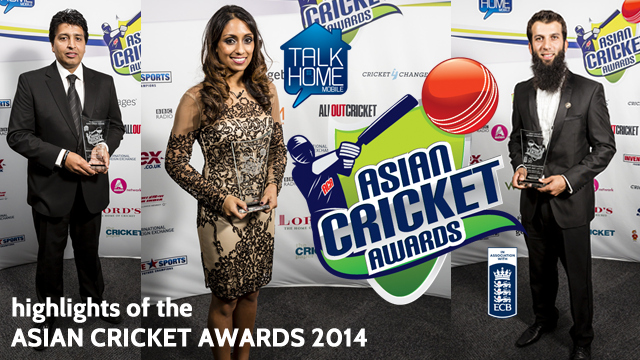 Wasim told the crowd: “I was very lucky. I was found in a schoolyard by a teacher who saw me playing cricket and said to go for Warwickshire under-13 trials.

“It’s been a wonderful journey. I’ve made so many great friends and learned a huge amount about myself and my character and that’s the beauty of what cricket does.”

While the awards indicate the vast talent of British Asians in sport that does exist in every corner of the country, the ACA also highlights the lack of British Asian faces within mainstream cricket at professional level. 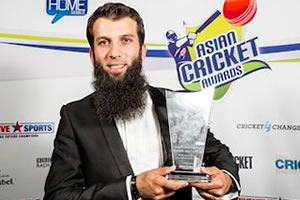 Perhaps one of the biggest names of recent times is the expert England cricketer, Moeen Ali. Having played a number of international games both T20 and ODI, Moeen has admitted that he is taken aback by some of the racist remarks that he has received from fans of the game.

By acknowledging the true efforts of British minorities in sport, the ACA hopes to build bridges as opposed to discriminate against colour, race or ethnicity.

All those nominated for the ACA 2014 are true British individuals, and have every right to be a part of the beautiful game as non-Asians.

Deservedly, Moeen took home the big award of the night, ‘Professional Player of the Year’. Moeen emotionally said: “I wish my dad was here, he has done a lot for me.”

Here is the full list of nominations for the Asian Cricket Awards 2014:

Professional Player of the Year
Moeen Ali (Worcestershire and England)

The Asian Cricket Awards 2014 in only its first year, was a resounding success, bringing together different communities to celebrate achievement within sport.

It is hoped that the ACA will continue to give limelight to British Asians in cricket for many years to come. Congratulations to all the winners!