Lionel Messi and his father, Jorge Horacio Messi are to face trial for tax fraud. The Spanish judge has rejected Messi’s appeal to drop charges. The Barcelona star had initially appealed on the grounds that he was unaware of his financial manager father’s activities.

"We have never committed any infringement. We have always fulfilled all our tax obligations."

According to AS, the Barcelona and Argentina star’s appeal against the case has been rejected.

The appeal was originally made on the grounds that there was no evidence of the player’s involvement.

The judge rejected the appeal, suggesting Messi, 27, may have been aware of his father and financial affairs manager, Jorge Horacio Messi’s activities.

The judge ruled: “In this type of crime, it is not necessary for someone to have complete knowledge of all the accounting and business operations nor the exact quantity, rather it is sufficient to be aware of the designs to commit fraud and consent to them.” 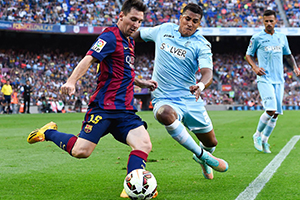 He also declared that whether Messi “was on the periphery of the financial, contractual and tax management of his income,” was purely subjective.

The allegations, dating back to between 2007 and 2009, accuse the father and son of using companies in Belize and Uruguay to sell Messi’s image rights, bypassing tax obligations in Spain.

Jorge Messi has since made a payment of €5 million (£3,900,000), which includes interest to Spanish authorities.

BBC Madrid correspondent Tom Burridge, suggested that: “Spanish tax authorities are taking a much tougher line on tax infringements due to the country’s economic crisis, which is why they are continuing to pursue the case despite this payment.” 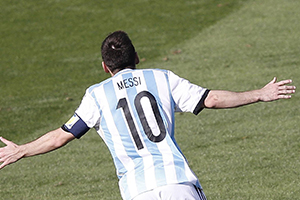 He said: “I am convinced that neither Leo nor his father have committed any infraction. The situation could be that they don’t have any responsibility in these events. There can be third parties who are responsible.

“I know them and they have always wanted to act within the law, and that’s how they acted with the club, at least when I was president.”

The Argentinian captain’s appeal to have Alfonso Nebot, lawyer Angel Juárez and FC Barcelona’s director of marketing and commercial activities, Raúl Sanllehí, called as witnesses was also rejected as their testimony would not ‘be pertinent’.

BBC News report that the income under scrutiny is related to Messi’s image rights, including deals with Banco Sabadell, Danone, Adidas, Pepsi-Cola, Proctor and Gamble, and the Kuwait Food Company. 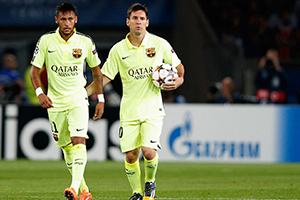 The controversy has arisen after Barcelona’s own legal tax troubles, surrounding the signing of Brazilian star, Neymar.

The footballer has often been referred to a genius for his skill on the pitch. He is currently only three goals away from breaking Telmo Zarra’s all time La Liga goal scoring record. A record that has held strong for 60 years.

Messi has denied the claims on his Facebook page, stating: “We have never committed any infringement. We have always fulfilled all our tax obligations, following the advices of our tax consultants who will take care of clarifying this situation.”

Although Messi’s ability on the pitch cannot be disputed, the controversy may affect the player’s image as one of the most respected figures in world football. Messi will now face trial over the tax evasion claims.