Nominees for the Asian Cricket Awards 2014

The first Talk Mobile Asian Cricket Awards will be taking place on October 7, 2014 at Lord’s, the home of British cricket. DESIblitz has the full list of nominees right here!

“The awards will become a momentous event in the development of British Asians in the game."

On October 7, 2014, British Asians will descend onto the famous Lord’s Cricket ground to celebrate the British Asian community and their contribution towards cricket for the first ever Asian Cricket Awards (ACA) 2014.

The nominations for ACA have been announced and already highlight the outstanding achievements of those athletes that have worked hard in the sport across the UK.

Statistics from the England and Wales cricket board reveal that South Asian adults are 6 times more likely to be involved in cricket than white adults.

With that kind of following, the first ACA ceremony will surely prove to be a winner, given the love of cricket amongst the Asian community. 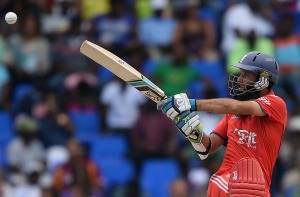 The awards will see sporting individuals from grassroots and amatuer levels to England internationals.

These include the likes of Ravi Bopara (Essex), and Moeen Ali (Worcestershire) who has attracted the eyes of many thanks to his incredible performances in the recent test and ODIs against India. Both are nominated for ‘Professional Player of the Year’.

It is not only the stars on the field that will be recognised at the ACA’s, but also celebrated are the coaches and media representatives alike for their tireless work.

“There is no doubting the level of talent among British Asians, from grassroots to the professional game.”

With this awards ceremony there is a great push for not only appreciating the British Asian community but also as a platform to encourage more British Asians to get involved in the sport and embrace everything cricket has to offer. 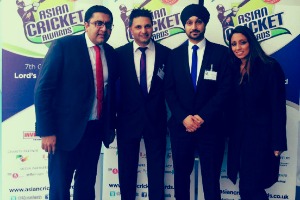 ACA co-founder Baljit Rihal says that: “Our hope is that the awards will become a momentous event in the awareness and development of British Asians in the game.”

The judging panel for the awards ceremony includes a host of greats from the game and those of a British Asian background who have worked to improve the community they are in.

Here is the full list of nominations for the Asian Cricket Awards 2014:

The Founders – Lifetime Achievement Award
This award will go to a person from the British Asian community who has made an outstanding contribution to the sport of cricket.

The 2014 Asian Cricket Awards will be held at Lord’s Cricket ground on October 7th, for what we hope is just the beginning of further appreciation of British Asians in sport! Good luck to all the nominees!

Amarjit is a 1st class English Language graduate who enjoys gaming, football, travelling and flexing his creative muscles writing comedy sketches and scripts. His motto is “It’s never too late to be who you might have been” by George Eliot.
Incheon 2014 ~ The 17th Asian Games
Lionel Messi faces Trial for Tax Evasion