The nominees for the Brit Asia Music Awards 2014 were unveiled at the Edgbaston Cricket Ground in Birmingham on August 28. DESIblitz has all the gossip from the night and the full list of nominations right here.

Mumzy Stranger, Tazzz, Roach Killa, and Raxstar are all in contention for Best Urban Act.

The Brit Asia TV Music Awards returns with another incredible line-up of talented nominees for 2014.

Held at the prestigious Edgbaston Cricket Ground in Birmingham, the Nominations Party took place on August 28, 2014.

British Asian stars from across the country came in full force to support their peers and see who would be in with a chance to win a much-coveted Brit Asia Music award.

The evening celebrated some of the veteran names of the British Asian and Bhangra music industry including Balbir Singh of the Bhujangy Group. 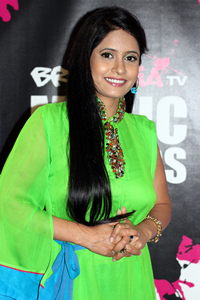 Amidst delicious canapés and flowing champagne, the nominees for the 2014 Brit Asia Music awards were unveiled.

First to be announced were the nominations for Best Newcomer, won in 2013 by Sant2.

For 2014, the nominees include the beautiful Team PBN protégé Bambi, who is also up for Best Female. She was joined by Newcomers Bloodline, Sukhi Sivia, Mani Kaur and Parvinder Sandhar.

Punjabi Sufi legend in his own right, Satinder Sartaaj, has also been nominated for a number of awards including Best Songwriter, Best International Act, and Best Album for Rangrez.

Diljit Dosanjh was the big winner of 2013 with three wins, so it will be interesting to see whether Sartaaj can take his place.

The two Punjabi stars face Miss Pooja, Kanwar Grewal and the hugely successful Yo Yo Honey Singh for the Best International Act.

Closer to home are Mumzy Stranger, Tazzz, Roach Killa, Apache Indian and Raxstar who are all in contention for Best Urban Act, which was also won by Roach Killa the year before.

The latter four are also up for Best Urban Single with their smash hit singles, ‘Teardrops’, ‘Baby Girl’, ‘Celebrate’ and ‘Ego’ respectively. 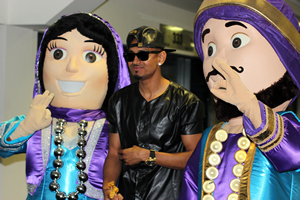 Waving the female flag is of course, Miss Pooja, who returns to the music industry after a mini hiatus while she pursued her acting career.

While she has been nominated for Best International Act, she has already lost out on Best Female to Kanika Kapoor, Tasha Tah, Sona Walia, Sazia Judge, and Bambi.

“Our aim has always been to give a platform and voice to emerging and established artists; we celebrate the contribution made from these artists all year round. We are really proud of the nominees and wish them all the best.”

The Brit Asia Music Awards will take place on October 4 at the National Indoor Arena, and promises incredible unseen performances from some of your favourite British Asian and Punjabi stars.

Here is the full list of nominees for the Brit Asia Music Awards 2014:

A huge congratulations to all the nominees! The Brit Asia Music Awards will be held at the NIA Birmingham on October 4, 2014, where the winners will be revealed.

Get voting for your favourite Asian artist on the Brit Asia Music Awards 2014 website now!

Aisha an English literature graduate, is a keen editorial writer. She adores reading, theatre, and anything arts related. She is a creative soul and is always reinventing herself. Her motto is: “Life is too short, so eat dessert first!”
Rahat Fateh Ali Khan presents Back 2 Love
Celina Jaitley to sing on Broadway with Sting