The Brit Asia Music Awards 2011 will celebrate the talent and art of some of the top British Asian music artists. The nominees for the awards ceremony event on 1st October have been revealed.

The nominees for the 2011 Brit Asia Music Awards were announced at the live Nomination Party held on Thursday 25th August 2011 in Birmingham.

Following the success of the 2010 Awards, hosted at the Symphony Hall in Birmingham, the Brit Asia Music Awards are back again to recognise another great year of achievement in the British Asian Music Scene for 2011.

The awards this year feature 14 distinctive categories for 14 prestigious awards. The Nomination Party made announcements of the five leading artists per category who secured themselves a place in the shortlist of nominees anticipating to win a Brit Asia Music Award. 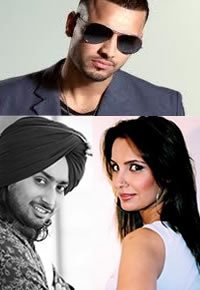 The live Nomination Party saw the likes of Jazzy B, Sukshinder Shinda, Bhujhangy Group, Panjabi MC, JK, Garry Sandhu and many more at the event to see if they had made it to the shortlist. An influential venue, flowing champagne, exquisite canapés and eminent entertainment, this star-studded evening notable for its atmosphere, celebrated the artists who will feature at the Brit Asia Music Awards event.

For 2011, the Brit Asia Music Awards will be held at the HMV Hammersmith Apollo venue in London. Bringing you brand new artists, brand new categories and a brand new location. The prestigious awards ceremony will be held on Monday 1st October 2011 and will feature exclusive performances on the night by many renowned artists.

Here is the list of the 2011 Brit Asia Music Awards nominees for each of the 14 categories:

These annual music awards acknowledge artists for their contribution to British Asian music and with 14 awards to be won, the event will honour the “voice of the fans.”

Voting opens from 1st September 2011 and closes on the 30th September 2011. The final results will be unveiled at the awards ceremony on the 1st October 2011.

Jas likes to keep in touch with the world of music and entertainment by writing about it. He does like hitting the gym too. His motto is 'The difference between the impossible and the possible lies in a person's determination.'
Toronto’s T Dot Bhangra Contest
‘The Mistress’ free Jay Sean album