Number one US Billboard Brit-Asian artist, Jay Sean, has presented a real treat for his fans and lovers of chilled, laid back music. The release of his mixtape album ‘The Mistress’ has been made an official free download. Giving everyone a chance to hear the tracks from this excellent album for free!

"This mite just be the sickest album I ever did-& its free-enjoy."

Jay Sean the chart topping British Asian pop artist has released a special mixtape album called, The Mistress. The album features 15 tracks and is literally a free gift to his fans and lovers of his music. It is available as a free download.

Released by his label Cash Money, Jay Sean has recorded the tracks for this special mix tape release with a fantastic RnB feel and features song collaborations with the Birdman, Lupe Fiasco and Tyga. Co-writers with with Jay on the album include JackieBoyz (Grammy Award Winning and Multi-Platinum song writers), Jared Cotter (Multi-Platinum Songwriter) and Nasri Atweh. Producer credits on the album include J Remy, Bobby Bass (who produced the massive hit Jay Sean track ‘Down’) and Khaled Rohaim. 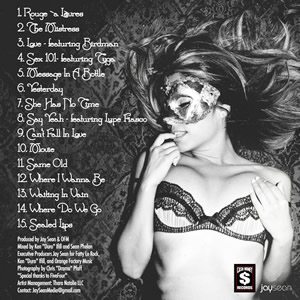 The album starts with the intro track ‘Rouge a levres’ which features an upbeat beat box vibe from Jay with no instruments. After 46 seconds it sweeps into the second music track, the title song, ‘The Mistress’ which is a laid-back track featuring a melodic vocal and chorus by Jay with a swirly and dreamy music vibe.

The third track is ‘Love feat Birdman’ where Jay is joined by Birdman on an relaxed track, stacked with harmonic vocals featuring background African beats. The fourth song is ‘Sex 101 feat Tyga’ where Jay is accompanied by Tyga using an 808 drums rhythm on a track with sensual lyrics.

‘Message in a Bottle’ is the fifth track on the mixtape, which is an orchestral gem with a strong beat and a great hook. Jay’s wide vocal ability is nicely demonstrated on this track. Jay sings a 49-second acapella cover version of the popular song ‘Yesterday’ as the sixth track with excellently layered vocals. 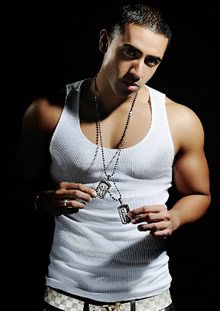 Track seven on the album is a song with sound-scape and pop-feel sounds with strong lyrics describing of loss of a woman who has let him down. The chorus is a very ‘Cold Play’ like lush vocal. The song would need to be potentially edited for daytime radio! Track eight ‘Say Yeah’ has a groovey vibe with a catchy vocal by Jay accompanied by a middle-eight verse by Lupe Fiasco.

‘Can’t Fall in Love’ is track nine which is upbeat with a nice melodic hook and catchy lyrics. The tenth song on the mixtape album is ‘Movie’ which has a take on making a movie where he lures his girl as the star in his fantasy world.

Track number eleven breaks up the music and is called ‘Same Old Same Old’ is a non-trusting conversation between Jay and his woman who quizzes where he was the night before and previous nights and wonders if he is really at the studio. Song number twelve is ‘Where I Wanna Be’ is a short slow vibe track with a catchy bass line and lush layered vocals by Jay. 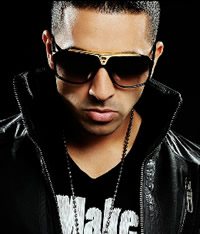 The thirteenth track ‘Waiting in Vein’ has great stereo acoustic guitars with an unplugged feel to Jay’s vocals. A sweet song with with smooth lyrics. Song number fourteen is ‘Where Do We Go’ again has a lovely duo of acoustic guitars and finger snaps with a refreshing freestyle feel vocal by Jay.

The final track is ‘Sealed Lips’ is vocal effects and beat boxing all by Jay connecting with the first track on the album. Jay Sean tweeted confirming his beatboxing and said on Twitter: “For all of u askin,yeh the first n last trks on the mistress mixtape are both me beatboxing…no instruments were used-all sounds were me!;)”

For a free album, Jay Sean certainly provides some great songs for his fans to enjoy with the production quality of a great standard, songs with chilled vibes and some subliminal vocals by Jay.


You can download the album by clicking here: DOWNLOAD ‘THE MISTRESS’ BY JAY SEAN or by visiting www.jayseanworldwide.com.

The title track is definitely a grower and has potential of being another hit for Jay Sean. Tweeting about ‘The Mistress’ album Jay said: “This mite just be the sickest album I ever did-& its free-enjoy.”

For an artist who gave up his medical profession, started in the Desi circles and achieved one of the biggest accolades in Western music by getting a USA Billboard number one, this offering shows that Jay cares totally about his music but is willing to let his fans have it for free. A great gift from an excellent artist.

Amit enjoys creative challenges and uses writing as a tool for revelation. He has major interest in news, current affairs, trends and cinema. He likes the quote: "Nothing in fine print is ever good news."
Brit Asia Music Awards Nominees
‘Satyameva Jayathe’ by SuperHeavy