RDB and Jay Sean won awards at the UK Urban Music Awards. The awards were held on 1st November 2009 in London, UK. The event was star studded affair with phenomenal performances by Sway, Brick and Lace and Candy Girl. RDB being out of the UK most of the time were not at the awards […]

Winning an award is obviously a great feeling

RDB and Jay Sean won awards at the UK Urban Music Awards. The awards were held on 1st November 2009 in London, UK. The event was star studded affair with phenomenal performances by Sway, Brick and Lace and Candy Girl.

RDB being out of the UK most of the time were not at the awards ceremony but were overwhelmed by the news. RDB won the Best Asian Act category and were up against Jay Sean, M.I.A, Khiza and Talvin Singh. Without doubt they were recognised for their Bollywood work this year with Akshay Kumar, and especially, the collaboration with Snoop Dogg on Singh is Kinng and their other hits. A major achievement for a band originating in Bradford, UK. 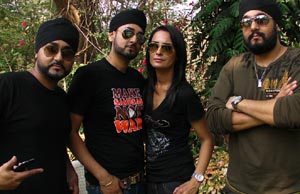 Surj from RDB said after finding out they won, “It just shows how much love there is out there, we are totally honoured and happy to receive this award especially as this is the first year this category was introduced. Thanks to all our fans across the world, we will keep making good music and we hope everyone continues to support us.” 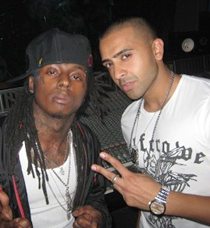 Jay Sean won the Best Collaboration category for his USA number one song ‘Down’ with Lil Wayne. He beat Mr Hudson, Kanye West, N-Dubz and Tinchy Stryder to the winning spot.

N-Dubz, Calvin Harris, Jay Sean ft. Lil Wayne, JLS, Brick and Lace and RDB were some of the big winners on the night.

The Urban Music Awards was born out of the need to build a worldwide awards ceremony to recognise the achievement of urban based artists, producers, club nights, dj’s , radio stations, record labels and artist that are or were previously unrecognised within their country of origin and are a product of the current Dance/R&B, Hip-Hop, Neo Soul, Jazz, and dance music scene.

Jordan Kensington, CEO, of Urban Music Awards and IMG added, “This year, we celebrate UK urban music going pop. There is no denying when we launched IMG in 1999 to support 100% UK acts, there was hardly any awards show or platform in support for UK music. We worked extremely hard to make sure UK urban music got it’s deserving place in pop culture and we are proud to see acts we gave coverage to via our magazines, radio, and the UMA’s 10 years ago make it top 10 in the charts and are now well known names in every single household.”

Jas likes to keep in touch with the world of music and entertainment by writing about it. He does like hitting the gym too. His motto is 'The difference between the impossible and the possible lies in a person's determination.'
Jay Sean No. 1 in USA Charts
Nitin Sawhney acoustic for Svapnagata