Jay Sean No. 1 in USA Charts

From appearing on Bhangra shows and Asian melas, Jay Sean has shown what it takes to become a super hit. He has smashed into the US Billboard charts with a number one song.

I feel music should be about music

He knocked off the Black Eye Peas song ‘I Gotta Feeling” of the number one spot and stopped their reign of the US Charts. They had held steady on the top of the Hot 100 for 26 consecutive weeks with ‘Boom Boom Pow’ for 12 weeks and “I Gotta Feeling’ for 14 weeks.

Jay wanted to write a song that would give people some hope and a little happiness despite their problems. He told Billboard.com he said to the writers and producers in the room, “Guys let’s write a song that you know for like three and a half minutes people can forget whatever problems they have and any debt that they are in or whatever it might be.. and just feel good for a little while.. you know blast the volume up and enjoy yourselves.”

When it came to recording the song Jay had a feeling the song had the right vibe. He said,

The song climbed the charts dramatically. Jay and his team were ecstatic when it just entered the Top 100 of the Billboard. They were celebrating the fact that they had made it into the charts. But then when it began to climb it was a shock as to how quickly it rose up in the charts. He has been overwhelmed by the success of the song and how it amazingly became the number one song in America. He said “It’s been incredible to see that.'”

Here is the official video to the song.

The song is released on the ‘Cash Money Records’ record label with whom Jay signed in October 2008. This made Jay the first Brit-Asian artist to sign with an American record label of such stature. And it was with this label Jay was given the chance to collaborate with the likes of superstar rapper Lil Wayne, who was an existing artist on the label. Cash Money Records is distributed via Universal Republic Records. 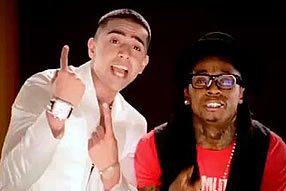 Jay said that when Lil Wayne heard the song he said, “I love this song and I think it’s going to be a smash.” The number one hit song is part of the album called ‘All or Nothing’ for the label.

Jay Sean’s real name is Kamaljit Singh Jhooti, and he was born in Hounslow, West London, in 1981. He is a former medical student. His parents are migrants from the Punjab and he is Sikh by descent.

His initial success in music started with a top twenty chart hit chart called “Dance with You (Nachna Tere Naal)” on which he collaborated with music producer Rishi Rich and Bhangra artist Juggy D. 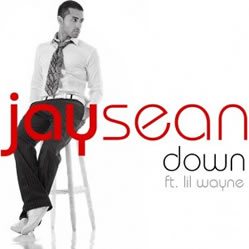 Subsequently, Sean secured a one million pound record deal with Virgin Records. the song ‘Eyes on You’ was his next single and it reached number 6 in the Top 10 charts. His third single, ‘Stolen’ made it to number 4 in the UK charts. Bollywood actress Bipasha Basu made an appearance in the video for the song. His debut album, ‘Me Against Myself’ was then released, it sold over million copies, and it received much critical praise and acclaim.

Jay parted from Virgin Records and then released his second album called ‘My Own Way’ on his own label Jayded and 2Point9 Records. The album made it to number 6 in the UK official album chart. It featured the hit singles ‘Ride It,’ ‘Dance With You’, ‘Eyes On You,’ ‘Stolen,’ and ‘Maybe.’

Jay says that he relished the challenge of being an unknown in America and wanted to prove himself through his sound and music. He says “I feel music should be about music, not everything else that’s around it.”

Watch Jay Sean perform a live version of ‘Down’ in the video below.

This is a remarkable achievement for an artist born and bred in the UK and coming from the Brit-Asian community. Jay has shown what is possible if you work hard at your craft and show the determination to make a mark in what you do. We wish Jay Sean all the very best with his success and future releases.

Jas likes to keep in touch with the world of music and entertainment by writing about it. He does like hitting the gym too. His motto is 'The difference between the impossible and the possible lies in a person's determination.'
‘Strictly Come Dancing’ Racial row
RDB and Jay Sean win Urban Awards