a Renaissance man for his versatility

Nitin Sawhney is a critically acclaimed music producer in the British Asian music scene today. He has managed to be both award winning and prolific in his musical output. His music is a blend of club beats and world music influences. He has developed a niche for himself in the Asian chill music scene. From the tabla beats and electro infused ‘Migration’ to the qawali style melody of ‘Moonrise,’ Nitin Sawhney has released eight albums, all on Richard Branson’s V2 Records music label.

Nitin Sawhney is classically trained in Spanish guitar, piano, tabla and sitar. He is a music producer, composer, multi instrumentalist, song writer and DJ – described as a Renaissance man for his versatility. His music can be described as Asian fusion and uses Indian melody and rhythm as inspiration. One album, ‘Migration,’ has a lot of complex tabla rhythms. The compositions are dreamlike in quality with slow tempo electronica beats. An example is ‘Nadia’ in ‘Beyond Skin’, a beautiful classical song. ‘Beyond Skin’ was nominated for a Mercury Music Prize in 2000.

In the album ‘Prophesy’ Nitin’s music is mainly based around R‘n’B, Drum and bass, flamenco, Indian classical music and ambient ‘trip hop.’ When composing ‘Prophesy’ he was given free reign to travel round the world and record what he heard. The album includes contributions from a South African children’s choir, flamenco guitarists and an opinionated Chicago cab driver. 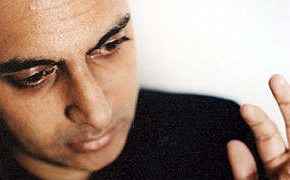 In this album, he moved away from Asian fusion and many of the songs are Jazz inspired with Motown like vocals which border on Macy Gray. In 2001, ‘Prophesy’ won a MOBO Award and BBC Radio 3 music award.

His latest album ‘London Undersound’ was created in the aftermath of 7/7. Nitin Sawhney felt that London had changed and became a more foreboding place. People were living as if under threat. He travelled around London in the underground to feel the change in the air. This album is a result of his thoughts about the new post 7/7 London. The album contains a lot of collaborations from ‘My Soul’ featuring Paul Mc Cartney to ‘Charu Keshi Rain’ with Anoushka Shankar. In previous works, Nitin Sawhney has collaborated with Sting, Sinead O’Connor and Talvin Singh.

Nitin Sawhney has composed music scores for over forty films winning the prestigious Ivor Novello award for his work on Channel 4’s ‘Second Generation.’ He has composed music for a major bio-pic film called ‘Jean Charles’ which about the life of Jean Charles de Menezes, who was mistaken for a terrorist and shot dead by the police.

Nitin composed music for ‘Mahabaratta’ in 2007, adaptation of the Mahabharat by Olivier award winning Stephen Clarke. Also in 2007, he scored orchestral music for the very successful Play Station computer game, ‘Heavenly Sword.’ He has produced ‘Varekai’ album for Cirque du Soleil, and scored the background music for Mira Nair’s film based on Jhumpa Lahiri’s ‘Namesake.’

Nitin says of his musical prowess:

“I used to play with every band that I could, you know from Punk bands to Rock bands, to funk to jazz to whatever. I was constantly just playing, so I just grew up completely nuts about music. Then after that I just got into production and making all those sounds fit together, so that’s what led to the albums really.”

Nitin Sawhney has taken time out to take part in the Svapnagata Indian Festival. He is performing his music unplugged for the Svapnagata Acoustic Evening. He will be playing instruments together with a line up of internationally acclaimed musicians. The Acoustic Evening is on 17 November 2009 at Sadler’s Wells Theatre in London, UK. 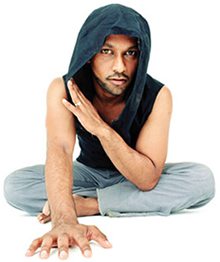 Nitin Sawhney will also be performing with award winning dancer Akram Khan. ‘Confluence’ is specially composed for Akram Khan’s unique style of kathak. It depicts a conversation between two friends and artistic collaborators. It explores the convergence of two kindred spirits – psychologically, emotionally and spiritually. In ‘Confluence’ the artistes are revisiting previous collaboration like ‘Kaash’ and ‘Zero Degrees.’ The performance will include a new piece of choreography by Akram Khan.

The performance is being held on 28-28 November 2009 at the Sadler’s Wells Theatre (London’s Dance House), Rosebery Avenue. London EC1R 4TN. Something not to be missed by genuine music and dance lovers.

S Basu wants to explore the place of Indian diaspora in a globalised world in her journalism. She likes being a part of contemporary British Asian culture and celebrates the recent flourishing of interest in it. She has a passion for Bollywood, Art and all things Indian.
RDB and Jay Sean win Urban Awards
AR Rahman nominee for Grammys