"Every single task you can think of is a struggle"

The Washing Machine Project was created by a revolutionary London-based engineer, Navjot Sawhney.

The project focuses on assisting families in underdeveloped countries that suffer from unparalleled workloads.

One of the most fundamental tasks that these people go through is hand-washing clothes, a grand task without reliable or affordable power and water.

Therefore Nav took it upon himself to create a manual washing machine.

Powered by a crank handle, the machine does not have to rely on an electricity supply.

Amazingly, the drum capacity only uses around 10 litres of water as opposed to 30 litres used by average electric washing machines.

The decorated designer has an impressive background in engineering, securing elite roles for companies like Jaguar Land Rover and Dyson.

However, he soon realised that his work was helping the rich rather than the ‘poor’. So, he moved to South India and volunteered for Engineers Without Borders UK.

Here, Nav was involved in making fuel-efficient cookstoves that cut fuel needs by up to 50% and indoor air pollution by 80%.

It was this type of innovation that Nav wanted to pursue.

Unknown to him, the light-bulb moment for The Washing Machine Project came from his South Indian neighbour, Divya.

Divya explained how time-consuming and painful hand-washing clothes was.

It could take individuals more than 12 hours a week to do so, with the added burden of unpaid domestic work.

Leading to chronic back and joint pain, women and young girls specifically were hard hit with this task.

Therefore the washing machine that Nav created was named ‘Divya’ in ode of his hard-working neighbour.

Not only did this transform her life, but other families in similar circumstances.

The long term hope is that this will allow more women and girls to pursue education and have a better quality of life.

This deep-rooted advocacy for women empowerment is a bonus element to why Nav was inspired to build this project.

Nav’s father died when he was young so he was raised single-handedly by his mother.

Therefore, he knew from an early age how much power the incredible women like her possess around the world.

Although Nav created the project in 2016, it has been on an upwards trajectory since then, taking off around 2019.

DESIblitz spoke with Navjot about the creation of The Washing Machine Project, the engineering behind it and why it serves as a catalyst for humanitarian action.

Can you tell us a little bit about yourself? 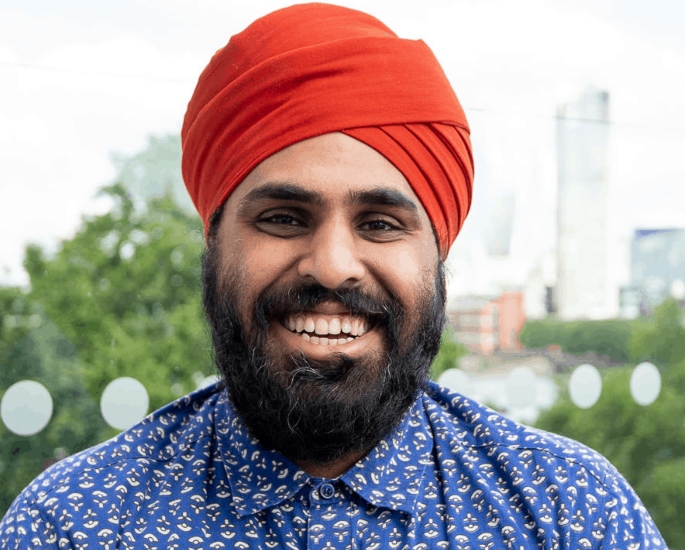 I was born and grew up in the UK. I was born to my parents, who fled the partition in India, and they became refugees.

Displacement has always been ingrained in the family.

My father died when I was very young. Due to that, I learned the importance of women from a very young age.

My father was an aerospace engineer, and he would take me to airshows. I was fascinated by these big aircraft in the sky.

I was a very curious child, so I would then come home, take the toolbox from the drawers and take apart everything.

Studying aerospace engineering at university was a natural transition for my curious mind, knowing how things work and wanting to fix things.

What inspired you to create The Washing Machine Project?

Well, I studied aerospace and joined one of the world’s best graduate programs.

I realised that every good bit of engineering is making a vacuum cleaner for a rich person. I wanted my engineering to do more, so I moved to South India.

There, I made clean and efficient cookstoves when I met my next-door neighbour Divya who became my best friend.

“Divya spent 20 hours a week washing her clothes by hand for her entire family.”

The detergent itself was painting her hands, causing skin irritation. She’d have to go collect that water and it was back-breaking work.

So, I promised her a manual washing machine.

What kind of research did you have to conduct for the project? 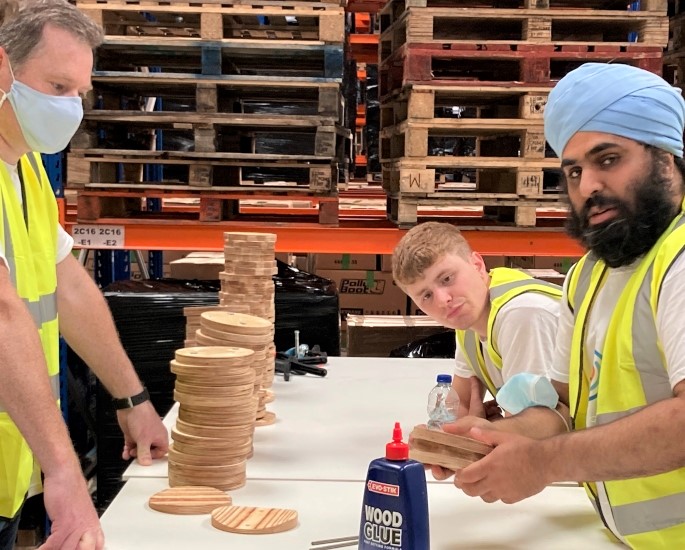 I came back home to the UK, and I gathered a few friends around me, and we brainstormed on how we could try and solve this.

We saw a salad spinner in the corner of the room, and we thought maybe we could follow the same principle of the salad spinner and translate that into washing clothes.

It was perfect and we built the prototype in two days.

We then researched 12 countries, and we’ve done pilots in Iraq and Lebanon. We have conducted research on 3,000 families and travelled to 13 countries.

900 in Uganda, 800 in Jamaica and many other countries worldwide such as Nepal, the Philippines and Iraq, to name a few.

How long did it take to create the product itself?

It took us two days to create the first prototype, but we have constantly improved our product since then.

We are now on a third iteration, and every bit of feedback that we get goes to the future of the design.

“The product is constantly evolving.”

However, there are still many difficulties we need to overcome and things that need to improve.

Some of these include durability, weight, cost, making sure the product effectively cleans clothes, etc.

Can you explain the engineering behind the manual washing machines? 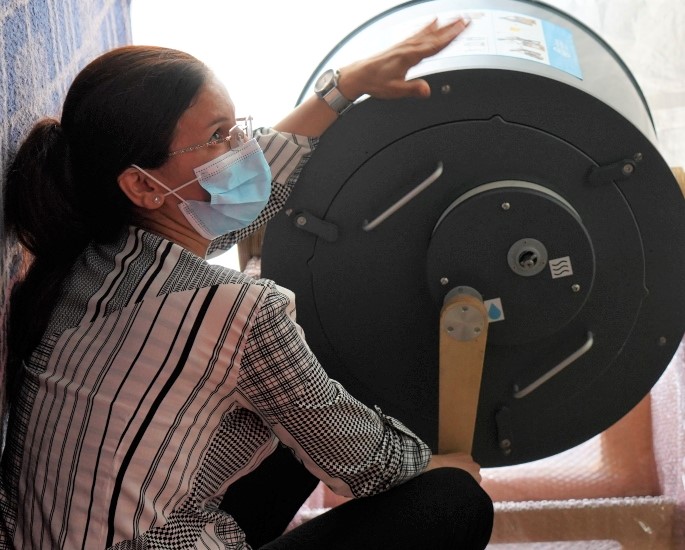 Our Divya washing machine saves 60-70% of the time, 50% of water and up to 750 hours annually per household (2 months of daylight hours).

It’s a front-loaded washing machine with 5kg of drum capacity that uses a 30% reduction in water and emits no electricity than comparable machines.

It spins at 500 revolutions per minute and dries clothes at about 75%.

The machine is made predominantly from off-the-shelf components that can easily be replaced or fixed in poor communities.

Who has been the predominant target audience of the project?

Our target audience is predominately people who handwash clothes.

The research we conducted in various countries has found that handwashing clothes are disproportionately placed on women and children.

We currently focus our efforts on refugee camps.

“But, there are still millions of families without access to electricity and washing machines in the world.”

We want to target the global south, such as South Asia, Africa and South America.

Regarding expansion plans, we have requests from 24 countries (about 2,000 pre-orders) for our washing machines, which keeps increasing every day.

What improvements have you seen to these communities since launching? 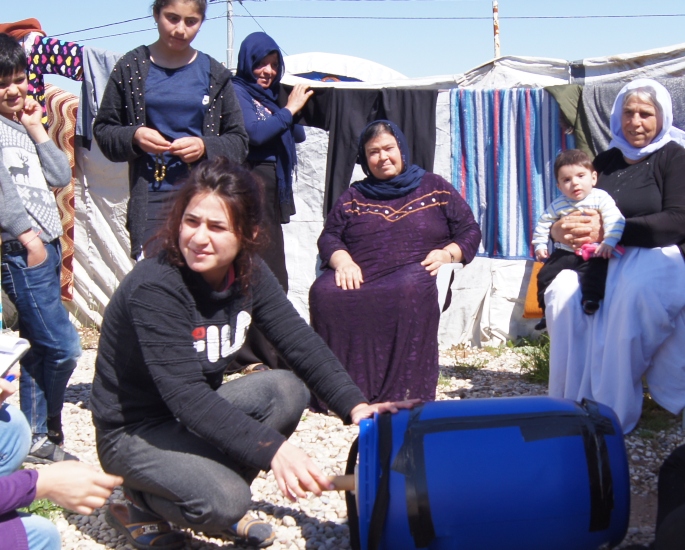 In our Iraq pilot, where we distributed 30 washing machines, 300 people were positively impacted.

It removes the chronic pain that inflicts women who spend up to 20 hours per week handwashing clothes.

It enables children to benefit from an education instead of spending hours everyday handwashing clothes as well.

One of the refugees, Kawsek, said ‘I have three girls who stay two or three hours a day washing by hand. We suffer from pain in our hands, back and legs. It’s a fantastic invention’.

Another refugee named Lamiya came to us and stated ‘after this washing machine came to us, things got easier for us. We don’t get exhausted anymore. We are very grateful’.

Can more be done to help these rural countries/areas with basic tasks?

Every day is a struggle for people in displaced communities and refugee camps, washing their clothes, washing the dishes etc.

Every single task you can think of is a struggle, from the moment they wake up to when they go to sleep.

“They sleep on the floor, and most don’t have bedding, sanitation and clean water access.”

There is a lot to do for people like Divya and many others, such as cooling them in the summer, providing lighting and those sort of things.

Do you have any future projects that you think would help similarly? 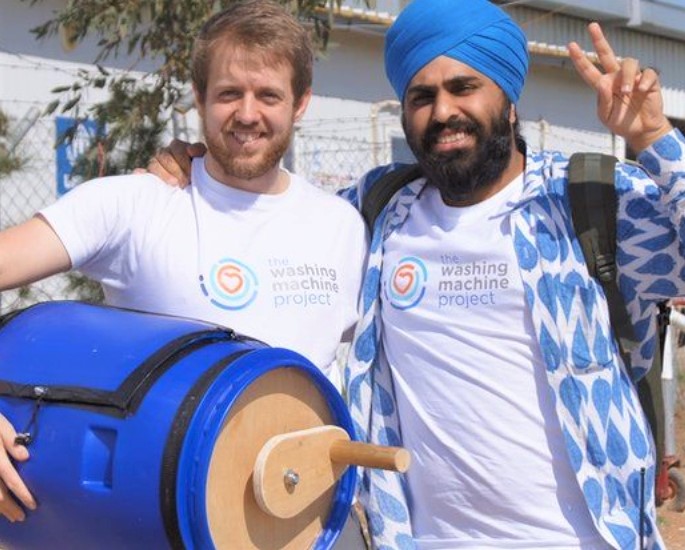 Yes, we have some new projects on the way.

We are currently working on a refrigeration project, but we can’t comment on that further.

The Washing Machine Project wants to become a world-leading organisation, solving the world’s most pressing challenges through leading research, design and innovation.

Whether it’s washing machines, air conditioning or refrigeration, we want to do it all.

The engineering that I’m doing is making a real impact on people’s lives, making me feel amazing.

We rely heavily on donations from the general public to do our work, so contributions are vital.

If you want to donate, go to our website or GoFundMe page and donate whatever you can to help alleviate this back-breaking work.

There is no doubt about how revolutionary The Washing Machine Project is.

Having helped numerous families, communities and areas thrive with the machine, Navjot is on his way to redefining the most rural of areas.

His work is solving the issues that many western countries forget exist.

Washing clothes, refrigeration, air conditioning are all privileges that a large part of humanity either don’t have access to or have struggled to maintain.

However, Navjot and his team’s limitless contribution to helping people will surely inspire the next generation of engineers.

With support from the likes of the Iraq Response Innovation Lab and Oxfam, The Washing Machine Project is continually impacting the lives of many people worldwide in the most positive way.

Find out more about The Washing Machine Project here.