An engineer living in Scotland has launched an Indian vegetarian food business after becoming inspired by her mother-in-law’s cooking.

"Most of our cooking is North Indian."

An Indian engineer in Aberdeen, Scotland has launched a food business after being inspired by her mother-in-law’s cooking.

Ripu Kaur is a 34-year-old woman working as a category manager for Spirit Energy.

The engineer has launched a home cooking firm and named it Indian Granny Kitchen, which will serve North Indian vegetarian cuisine.

Ripu explained that this will be her part-time business and will only serve the customers on Saturdays.

“The menu will run weekly and will only be available on Saturdays.

“Both my husband and I work full-time and we are not doing this for income.

“We want to showcase the cuisine and develop a taste of north Indian veggie cuisine in Aberdeen.” 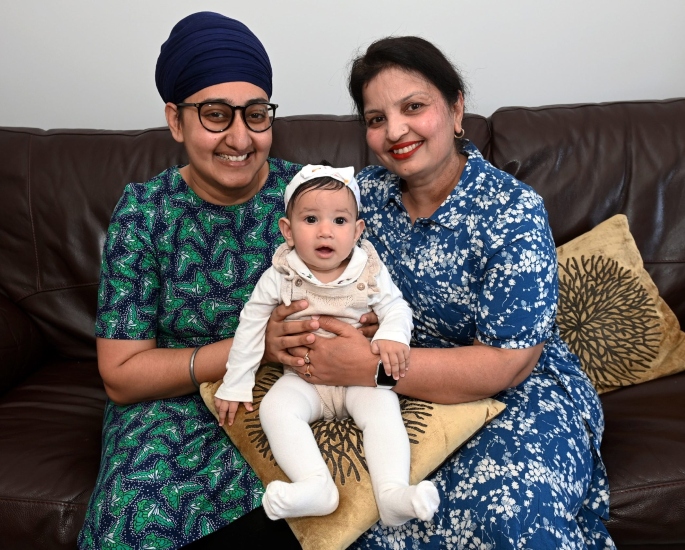 Ripu Kaur is currently on maternity leave as she gave birth to a baby girl, Meher, just five months ago.

She used the opportunity to involve herself more in the kitchen, so she went on to learn to cook Indian cuisine and other homely dishes from her mother-in-law, Anu Kaur.

“She really enjoys cooking and everyone in her family enjoyed eating, so when I got married, I was very inspired by her and the techniques she used.

“I couldn’t believe how quickly she could pull together a meal for seven.

“I have learned a lot of recipes from her. When I went on maternity leave, I had time to learn all of the dishes and desserts.”

Talking about her inspiration for the name of the business, Ripu said:

“My mother-in-law just became a granny so that’s where the Indian Granny Kitchen name came from.” 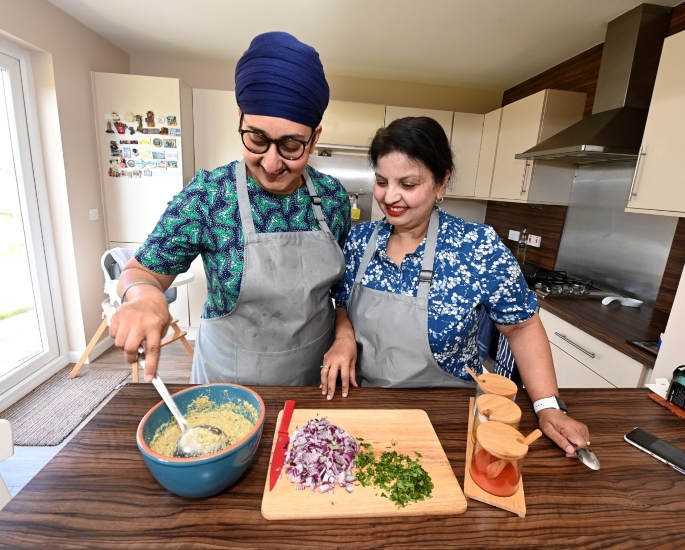 Ripu was originally from Agra, India, and moved to Scotland in September 2010 after her marriage.

Talking about restaurant menus in Scotland, the engineer said:

“My husband and I are vegetarian. When I came to Scotland in 2010, I was astounded by how many restaurants were just catering for meat-eaters.

“The restaurants have to accommodate to their clientele, which is a lot of meat-eaters.

“It was kind of disappointing that the vegetarian food wasn’t showcased as much.”

Therefore, she wanted to provide quality vegetarian North Indian food, as she believed that many Indian restaurants primarily focus on non-veg food.

She further mentioned that there is a stereotype that vegetarian food has limited options.

Ripu explained that the variety is such vast that just lentils have around seven different styles of cooking.

The new mother also mentioned that she will be focusing on serving North Indian cuisine. She explained:

“Most of our cooking is North Indian.

“We make South Indian food like dosas and things like that at home, but I don’t think we’d be doing that with the business.

“It [North Indian food] is very rich and we use a lot of nuts and cream in north Indian cooking.

“It is flavourful and has a lot of spices, but it isn’t necessarily hot all the time. You wouldn’t find chillies in there.”

The Indian Granny Kitchen will run weekly and will only be available on Saturdays, with a limit of 15 orders.

Shamamah is a journalism and political psychology graduate with a passion to play her part to make the world a peaceful place. She loves reading, cooking, and culture. She believes in: “freedom of expression with mutual respect.”
15 Foods High in Omega-3 which You Must Eat
Delicious Indian Strawberry Desserts to Make at Home