Why is He Washing the Dishes?

Young Desi men are becoming prone to change within society including washing the dishes. DESIblitz debates and challenges the views of the Desi community.

"My father and my brothers wouldn't lay a finger on the dishes."

Times are changing, perspectives are changing but is the Desi community changing? Washing the dishes has become the first step to a fairly diverse household, then comes cooking but we will touch on that another time.

While the aspect of ‘equality’ and breaking gender stereotypes are in action, it affects Desi families living in the Western world.

Young Desi men marry modern, outgoing women with advanced minds and thoughts. However, what does this mean?

It means their husbands need to instantly let go of the mindset that their mothers will provide for them, for example washing their dishes. They need to wash their own dishes, and let’s not forget their wife’s plate too.

However, while it is heart-warming to see change, there are many obstacles in the way of this. It is also interesting to understand and think about where the change has risen from.

Does it rise from the influence of social media or is it socially constructed in the minds of young Desi men and women driven from common sense?

DESIblitz explores whether there has been a significant rise in Desi men washing the dishes, what is stopping them and what is influencing this change. 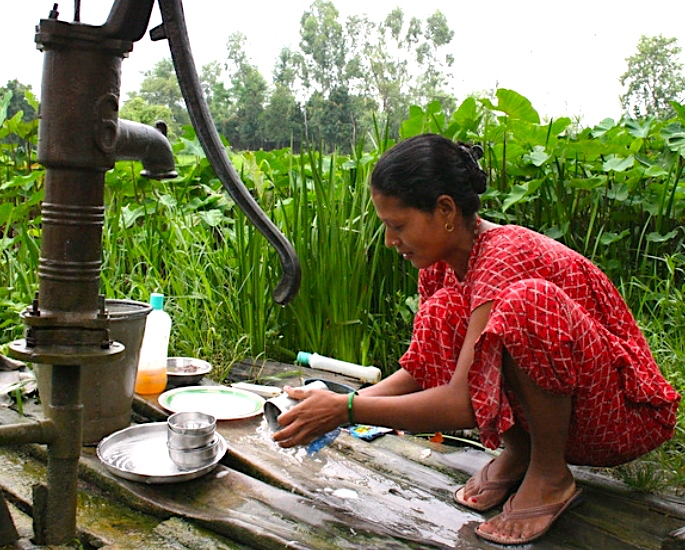 Let’s go back to the days where Desi women would be washing the dishes using soap flakes, washing soda and a water pump.

It was a time where women would rely on their husband’s income instead of earning money for themselves. This was simply because it was not socially acceptable for women to be working.

When exclusively speaking to Zubaida Parveen about her life as a housewife, constantly given the role to wash the dishes. She mentions:

“Back to when I was younger, I grew up in a house with strong cultural views. We all know how damaging the views are in the Desi community, don’t we!

“I was the only girl amongst the five of us which obviously meant I had it hard. Breakfast came, I would be washing the dishes after, lunch came and it was the same thing but my mum would wash the dishes after we ate our dinner.

“My father and my brothers wouldn’t lay a finger on the dishes, it was a sin in the house.”

Many will be able to relate to the conversation with Zubaida as this is or was common in many Desi households.

Bharati Muralidhar, a writer for Women’s Web writes about how household chores are left to women. She states:

“In my years growing up in the last century, good women were ones whose samajhdari (cleverness) lay in the choice of the right detergent, shining pots and pans, keeping bathrooms squeaky cleans where you could be shamed if they smelled, but strangely, guys never bothered to learn any of this.”

It is seen that in many Desi households, the women will be washing the dishes or cleaning the bathrooms. Women are expected to do this by their parents as it is beneficial for when they get married.

Their parents do not want to be the ones to get blamed for their daughters ‘laziness’ they, therefore, teach her from a young age. However, this used to be the case in Desi families.

It is now evolving as some young parents are becoming aware of the needs of their children and are allowing their daughters to be ‘free.’ This equals to problematic relationships and marriages.

This is because no matter what you do, Desi families are simply not equipped to the lifestyle of men washing the dishes and doing chores.

Imagine a typical Desi mother watching her bechara (poor) son washing the dishes, it would seem so unnormal to her. It just ‘would not be right’, how dare his wife make him wash the dishes? 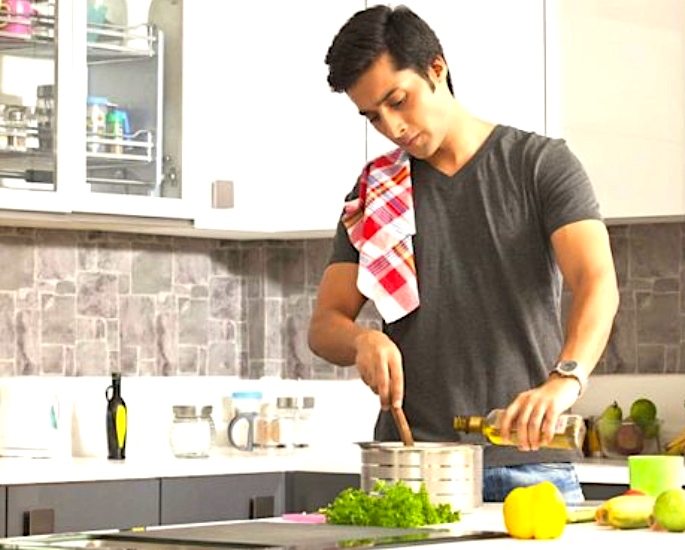 Imagine this … it is Monday, she decides to make bindi (okra) just in time for when her husband gets home from work. Prior to this, she has been washing the dishes that she uses.

Her husband is home, they both sit at the table with fresh chapattis and flavoursome bindi in front of them.

Yet, this is not because he is lazy rather he expects her to do it as that is what she has done from day one.

Many people tend to believe things have indeed changed. However, there are also many people within the community hindering this change.

Even though some Desi men are washing the dishes it does not mean that they all are. There is still so much room for improvement within the Desi community.

Typically, Desi men who were born in the late 20th-21st century have become open to the change in gender roles. Whereas, some older men are still stuck in their old ways.

Many point the finger to those women who have moved to the United Kingdom (UK) from South Asia. As they are used to being ‘servants’ to the men back home, they then bring their backward mindset to the UK.

Neelam Sadiq who moved from Pakistan to the UK exclusively expresses her views on the topic of men washing the dishes. She states:

“I don’t let my husband or my father-in-law wash the dishes because I don’t like it.”

“I was not brought up that way so I will not change.

“Sometimes, my husband goes to the sink to wash his plate, I can’t watch him do that. His sister asks me why I don’t like him washing his dish but she does not understand.

“For me, it is a form of respect to my husband. I iron and wash his clothes, wash his dishes, cook his food and all of that, I enjoy it.”

At some family gatherings; however, you will see young Desi men washing the dishes after dinner. This includes big, greasy pots and pans which are fairly hard to wash.

The minute their grandma or their aunty from Pakistan witnesses this, they say; “why are you washing the dishes? Move, I’ll do it.”

This is the problem, even though men are starting to wash the dishes, the Desi community does not perceive it as a social ‘norm’.

Their excuse will either be that they are not washing them properly or they do not know how to wash them.

Just because, gender roles are different in South Asia, why bring that same mentality with you to the UK? It is not going to help the Desi community make a change.

This often sparks debates amongst Desi men and women questioning why men do not fight back. In other words, if you are a Desi man who is stopped you from washing the dishes? Why do you allow yourself to be stopped?

The Impact of Social Media 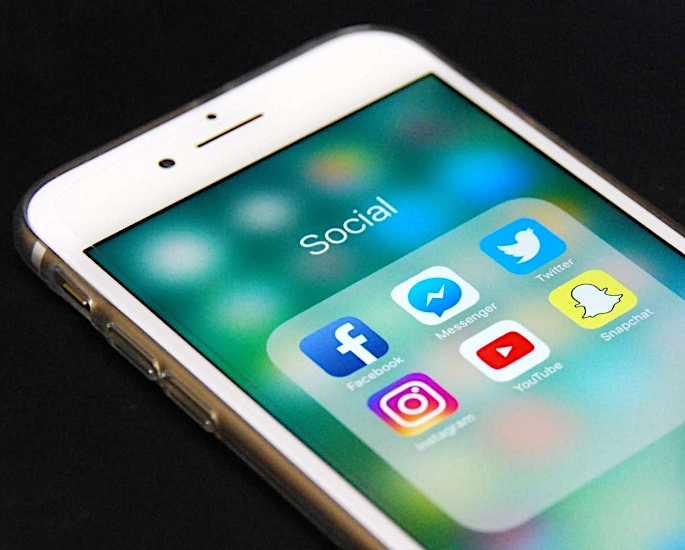 Yes, you heard right, things have changed, slightly. We are living in an era where Desi men know how to hold a soapy sponge in their hands, a dream come true.

Men and women both go to work, come home and cook together. One will chop, the other will sizzle the ingredients together in the pan.

The dishes will be piling up on the side of the sink. He will put on his rubber gloves and get washing, while she dries them and puts them away.

The same way the Desi community would expect women to be washing the dishes, men must now live up to those expectations too.

It has become more of a strict rule, rather than simple common sense.

It is easy, if you are a man in the 21st century, you need to be washing the dishes. No matter the circumstances, you will be at the sink scrubbing off curry residue from the bowl.

This probably sounds ever so dreamy to the women reading this. However, this is due to the sad reality of social media.

Social media does, in fact, play a huge role in influencing gender roles. It consists of a lot of ‘man-bashing’ and this whole speculation of believing that ‘men are trash’.

As a man consuming social media on a day-to-day basis, reading about why women think he is ‘trash’ can be damaging.

This is what influences men into taking on chores such as washing the dishes. Not because they simply choose to, but because social media expects them to.

Azim Shah who got married in 2018 exclusively talks to DESIblitz about his roles in the house and the impact of social media. He says:

“This is an interesting topic you know because I remember when I was younger before I was married, I probably washed a dish like five times.

“Since I have been married, I literally wash the dishes like every day, it’s so mad. To be honest, I don’t enjoy it but my wife doesn’t agree with me not doing it.

“She does sometimes argue with me about feminism and equality, but sometimes I feel like she is only saying these things because Instagram or Twitter tells her to.

“I wish she would just voice her own opinions, I don’t mind washing the dishes as long as it doesn’t have some toxic connotation to it.”

In some cases due to social media and the sudden rise of feminism, some young Desi women believe they should not be washing dishes.

Their answer to this would be “why should I do it? I go to work too.” However, it should be teamwork, right? The generation of the 21st century is left confused.

Women are refusing to wash the dishes and it is then left to the men. The big question then arises, what happened to the so-called thing called ‘equality’?

Moreover, it is interesting to witness the changes within the Desi community. More and more men are beginning to wash the dishes as well as help out with other household chores.

It is important as young Desis, we work together to break down the social norms in the typical Desi community.

We should all be washing the dishes, whether you are a male or a female, as its one less chore to do no matter who does it.