Cultural appropriation is a matter of concern for South Asian fashion. The lack of recognition results in traditional garments being misrepresented.

Cultural appropriation is a major concept which has caused a lot of uproars. The careless and ignorant attitudes of a significant majority are to blame.

Many have conformed to the idea that cultural appropriation is non-existent because of freedom of expression.

In this instance, appropriating culture in fashion is a controversy that has received a lot of attention.

In particular, South Asian fashion is treated as a disposal commodity by many fashion brands.

Typically, South Asian fashion is known for its bold, beautiful, vibrant and intricate designs. An innovative style which is forever evolving.

Ethnic minorities are ridiculed for wearing traditional garments, yet when donned by Caucasian people they are considered ethnically chic.

“The unacknowledged or inappropriate adoption of customs, practices, ideas of one people or society by members of another and typically more dominant people society.”

Cultural appreciation is when parts of a culture are understood and used while honouring and respecting the source they originated from.

The idea of finding things beautiful from another culture is acceptable and allows for more diversity in style.

For example, a non-Asian wearing a traditional garment such as salwar kameez or a saree to a South Asian wedding is a sign of respect.

On the other hand, taking ethnic wear and trying to portray it as a new concept is cultural appropriation. 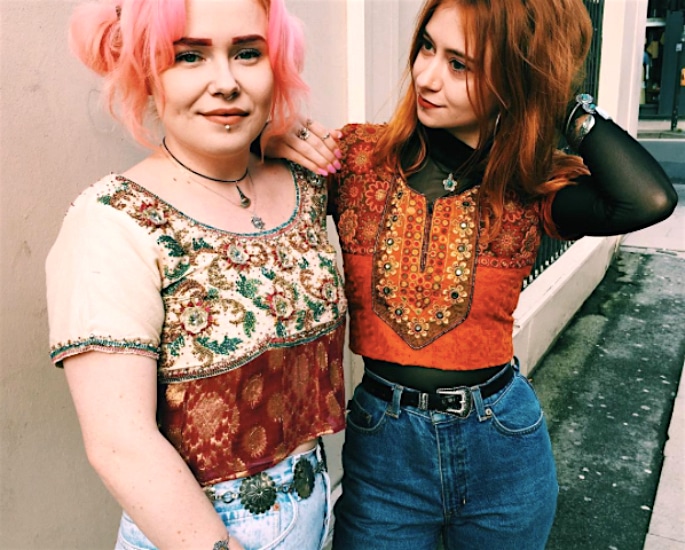 In 2017, this issue was bought to attention by Armani Syed. The vintage clothing store, Cow Vintage, in Manchester, England came under fire.

Armani Syed was infuriated when the clothing store was selling South Asian outfits under the label festival wear.

She took to Twitter to voice her anger. She commented:

As a result of this post, she was blocked online by the store.

Another major culprit of this type of false branding is music festivals like Coachella.

Celebrities like actress Vanessa Hudgens have been deemed irresponsible. She wore a South Asian style outfit at the event and received backlash for her choice.

Despite this, people continue to take from South Asian styles without giving it thought. It is this carelessness that allows one to take another’s culture and wear it as a costume. 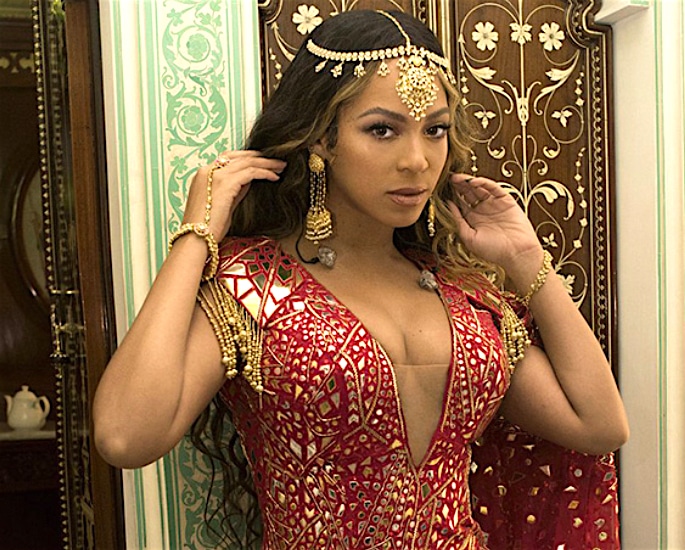 Another celebrity accused of cultural appropriation would be artist Beyoncé.

During Isha Ambani and Anand Piramal’s wedding on December 12, 2018, Beyoncé performed at the ceremony.

She chose to wear an Asian inspired outfit with a thigh-high split and a golden maang tikka (headdress).

On this occasion traditional dress was expected, thus, it was acceptable of Beyoncé to don this ensemble.

However, Beyoncé did receive criticism when she wore a South Asian costume in a Coldplay video, ‘Hymn For The Weekend.’ 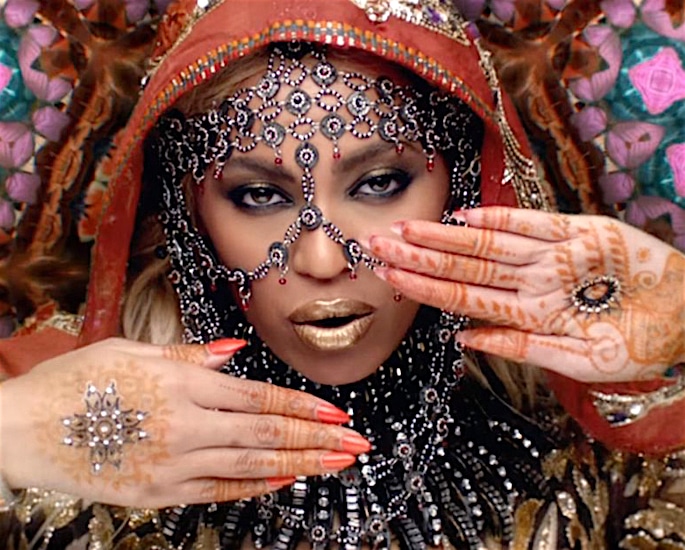 She was seen in a South Asian outfit complete with a dupatta, headdress and henna.

Her role was to play a Bollywood star but because she does not necessarily belong to the culture it was considered wrong of her to do this.

Beyoncé was accused of using Indian culture to make a profit.

“I think it’s so funny that Beyoncé can get away with cultural appropriation just because she’s Beyoncé.”

Another user shared this frustration and posted:

“Pretty disappointed in Beyoncé for that appropriation of Indian culture. Good thing I wasn’t planning to listen to the song anyway.”

Not everyone was against Beyoncé’s ensemble as they supported her for cultural appreciation. They believed she was portraying the Indian culture in a good light.

Despite this, there is no doubt that the outfit falls into the grey area of cultural appropriation and cultural appreciation.

Not a Mere Fashion Accessory 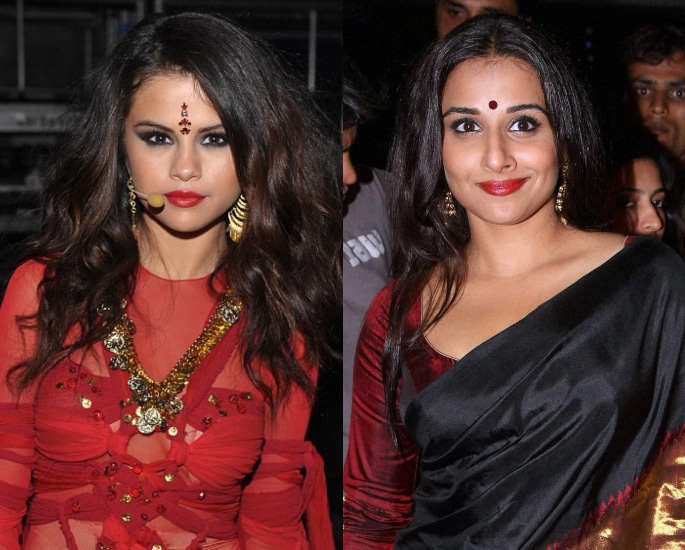 In addition to borrowing South Asian clothes, there has been a misrepresentation of the bindi.

At the 2017 MTV Movie Video Awards, Selena Gomez wore a red bindi during her live performance.

In this instance, she wore the bindi as a fashion statement unaware of the cultural significance.

It matched her red outfit and bold red lips and was worn to enhance her seductive look.

Here the bindi was misused for an exotic purpose, therefore, it is important to note that cultural education is required.

Mindless borrowing must come to an end because something that one finds simply pretty could have ethnic value to another.

The notion of basic respect comes into play once again, yet many refuse to educate themselves. 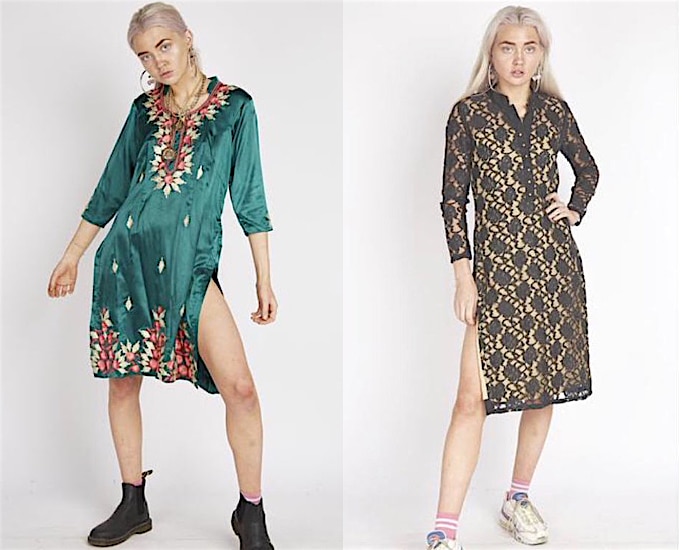 It is important to note that blindly following labels is problematic and more must be done to tackle this. It is because of these tags that cultural appropriation occurs.

They marketed the South Asian kameez (tunic) as ‘vintage Boho dresses’. Models were pictured in a kameez without anything on their legs.

Traditionally, a kameez is worn and sold with a salwar (trousers) and dupatta (scarf). It is the traditional outfit worn by Punjabi women as well as the national dress of Pakistan.

People took to Twitter to show their outrage. For example, one user posted:

“Vintage Boho dress????? Girl you got a damn kameez with no salwar.”

As a result of this backlash, they took down all of the items on their website.

Thrifted.com issued an apology and claimed that the second-hand garments came labelled as Boho dresses.

Whether this is true it is left to the individual to decide for themselves.

Appropriating culture stems from relabelling fashion from South Asian fashion as something it is not. It is clear that to an extent the unapologetic celebrity cultural appropriation is to blame.

As a result of this many believe it is morally acceptable to take from another culture.

Simply acknowledging the culture the attire has derived from and crediting its origins allow for greater understanding of the matter.

Best Dressed Pakistani Stars at Hum Awards 2019
Is Deepika Frustrated with Comments about her Fashion?