As Desi fashion trends are popularised across Western societies, is the line between cultural appropriation and cultural appreciation becoming more blurred?

Some people may have heard about the term cultural appropriation, but what does it really mean?

And how do we identify whether something is being appreciated or appropriated?

Cultural appropriation is when a dominant culture takes on traditions of a minority culture. This is a repercussion as a result of a long line of colonialism and oppression that litters Desi history.

Living in a globalised world exposes us to different cultural practices from around the world. Desi culture is also susceptible to this notion. Our cultural appreciation has increased over the decades.

Non-desi people are no strangers when it comes to adorning themselves with culturally significant garments and jewellery.

However, with the celebration of culture comes the age-old question. Can we preserve Desi culture from those that appropriate cultural traditions?

Or will appropriation lead to the demise of the cultural significance they hold?

DESIblitz delves deeper in understanding how blurred the line is between cultural appropriation and cultural appreciation within the modern day.

Back to the Beginning 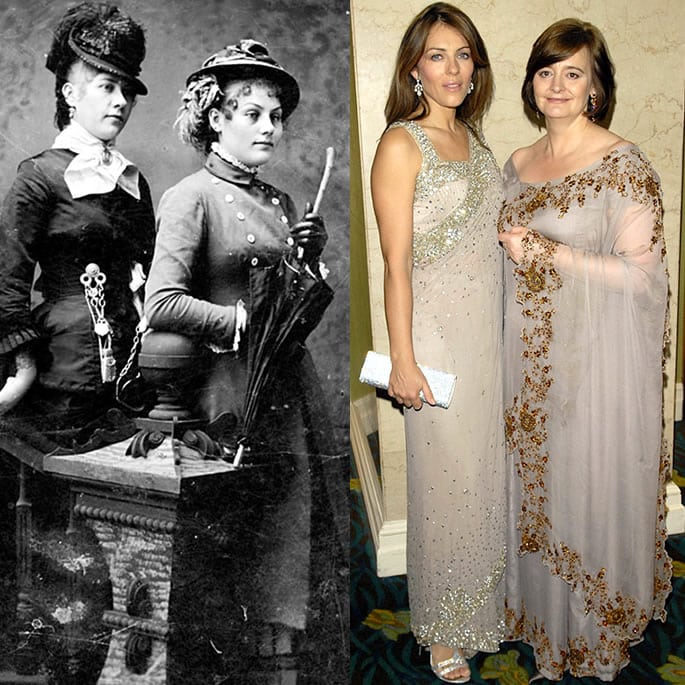 The relationship between India and Britain dates all the way back to the 16th century.

Whilst both countries traded, the power imbalance between the monarchies inevitably led to unequal cultural exchanges. This has shaped the cultural standing of Britain and is still visible within our society today.

There is more acceptance of Desi traditions and fashion trends now than ever before. A mass influx of post-war immigration brought fear and uncertainty. Being visibly different was an invitation to discrimination.

Having come a long way since those days, the effect still resonates with the British Asian community.

Aarti Patel, a 43-year-old Gujarati mother of two from Bristol, recalls the times she walked the streets in her shalwar kameez:

“People would constantly stare at me and wonder why I was wearing something so bright, so different.

“It made me stand out, and not in a good way. It made me feel ashamed.”

She pinned this down to the lack of representation of South Asian culture whilst she was growing up. 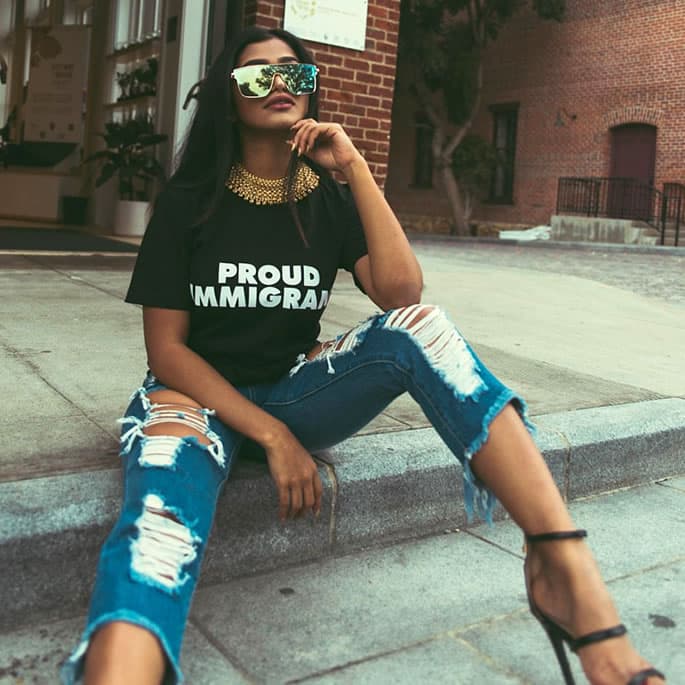 Moving forward into the 21st century we have seen a pivotal change in attitudes toward Desi culture. The rise of media has given way to a new platform. Younger generations are more inspired to embrace their traditions.

Sruthi Jayadevan is one such South Asian Instagram influencer that empowers her Desi following. She encourages people to embrace their identity by sharing her own stories. She says:

“These past few months I’ve taken time to reconnect with everything from my childhood.

“This goes beyond wearing my bindi and beautiful traditional clothing and being proud of my culture.”

“It started off with practising more yoga, Ayurveda, meditation and other wellbeing practices that have truly changed my life for the better.”

Jayadevan identifies that Desi culture is more than what you wear; it is a lifestyle. Sruthi is a key influencer who is changing the cultural narrative for many South Asians.

People are no longer ashamed to be different. Instead, they embrace their identity and wear their cultural garments with pride. Many look up to individuals like her as an inspiration.

The global reach of Instagram is just one influence that has resonated with the British Asian youth. However, it has also become an inspiration to many outside of the Desi community.

East and West fusions are becoming increasingly common in Western societies. Big screen movies from Slumdog Millionaire (2009) to The Best Exotic Marigold Hotel (2011) are few of the popularised combinations.

However, with this popularity, there is greater responsibility from mainstream corporations and celebrities; one that does not always gain acknowledgement. 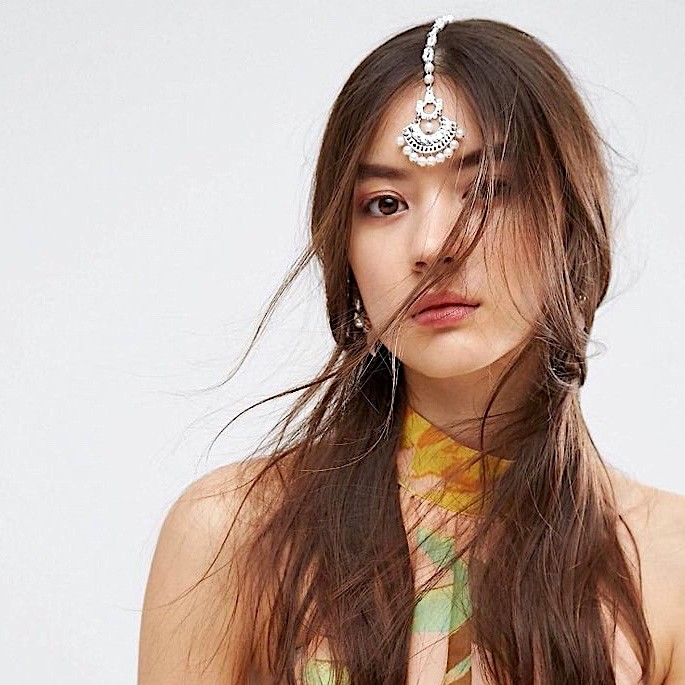 In April 2017, ASOS launched a product called a ‘Chandelier hair clip’. It resembled the Maang Tikka, a South Asian garment worn by a bride during the marriage or at other auspicious occasions.

Despite the renaming the product ‘Chandelier clip’ there is no acknowledgement of its Desi inspiration.

Many were offended at the name and the ignorance displayed.

“Good to see @ASOS have removed their “Chandelier hair clip. This is a Tikka- ethnic traditional jewellery that we don’t need appropriated.”

Good to see @ASOS have removed their "Chandelier hair clip" ? This is a tikka – ethnic traditional jewellery that we don't need appropriated pic.twitter.com/FedCuVz2ad

“Another classic example of cultural appropriation where @ASOS calls an Indian tikka a ‘Chandelier Hair Clip. A CHANDELIER!!!” 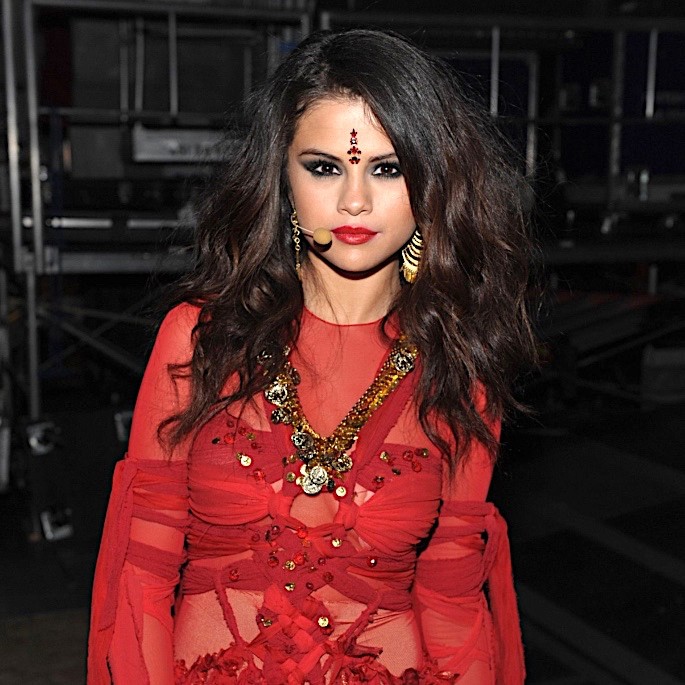 The bindi is a symbol of a cultural tradition that Desi woman have worn for thousands of years. The bindi has deep spiritual roots, along with indicating a woman’s marital status.

Yet despite this, the bindi has transformed into a fashion statement within the west. Many retailers capitalise from the popularity of these cultural products.

Rebranding something ethnic as modern is done with the consumer value in mind.

Consequently, retailers are not compelled to stop appropriating items. Topshop is also guilty of this as they are rebranding bindis as ‘eye embellishments’ online.

Bindis have become popularised for their glamourous vibrant look. Many celebrities have followed suit with this fashion trend. The likes of Selena Gomez, Gwen Stefani, The Kardashians and Farrah Abraham have all been pictured wearing a bindi.

But while some people view this as cultural appropriation, writer Meher Ahmed shares her opinion on her article on ‘Why Selena Gomez’s Bindi Is Not Okay.’

‘‘I’m kind of surprised by this objection because fashion bindis are now a secular decoration in India. Many people wear them simply for appearances and sparkly fashion ones are sold everywhere.” 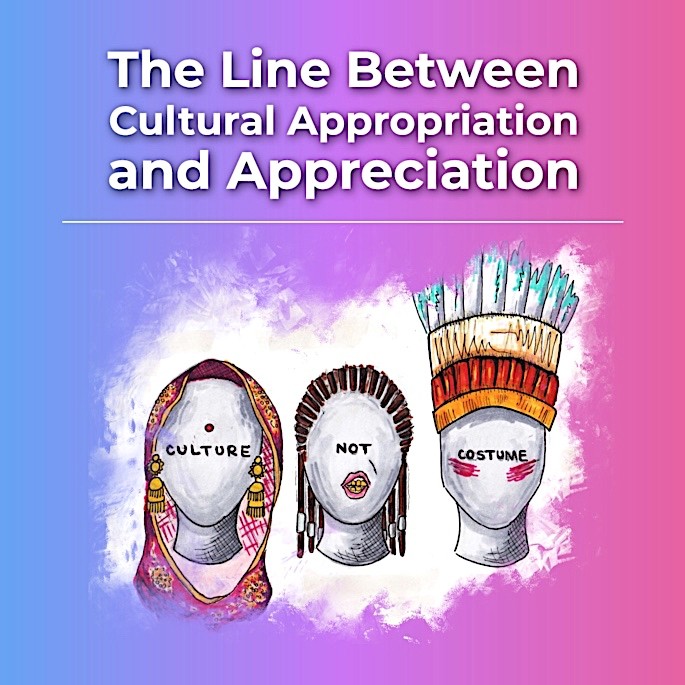 There are many divided opinions regarding the appropriation of Desi fashion. Why is it that some people are outraged whilst some do not care?

“It’s capitalising of our culture.”

“Sometimes people rehash it and act like it’s original. What I consider cultural appropriation is when white people wear traditional Indian clothes or a bindi. It’s considered a cool accessory or costume.

“At the same time, South Asians in the West might face discrimination for wearing ethnic clothes or speaking a different language.”

Whilst some want to fiercely protect tradition, preserving cultural practices in an enclosed community can hinder progression. Rather, exchange of culture is fundamental to keep diversity thriving.

However, the same mistakes of misrepresentation of Desi culture happen time and time again.

The lack of cultural awareness for a garment being worn is a disservice to the rich history that follows it. Reducing cultural practices to commercialised fun is when it becomes appropriate.

The key to avoiding this is to hold respect for other cultures. Restoring the power imbalance between eastern and western cultures is pivotal to change. Cultural education is also necessary.

With these things in mind, we can begin to distinguish the fine line between cultural appropriation and cultural appreciation.

Zahra studies English and Media. She spends her pastime reading, writing, occasionally daydreaming but always learning. Her motto is: 'We need to stop being content with mediocrity when we were once heavenly beings.'