The House of iKons fashion extravaganza returns during London Fashion Week February 2019. The two-day event will showcase the very best of men’s, women’s and kids fashion.

"This season we will be highlighting beauty and creativity"

Millennium Gloucester Hotel London will host the spectacular House of iKons event during London Fashion Week on February 16 and 17, 2019.

House of iKons February 2019 will concentrate on men’s, women’s and kids fashion as well as showcasing SexyBack to Curves.

Ever since launching in 2014, the event has grown from strength to strength. Savita and her team continue to raise the bar with each year passing.

In 2018, House of iKons became the first UK brand to introduce robots on the catwalk.

Supporting emerging talent, the event also provided a valuable opportunity to a young 13-year-old designer who produced bespoke pieces, which gained media attention around the world.

DESIblitz.com presents more insight into the 2019 spring event, along with highlighting some of the different designers and segments during the two days:

The early 2019 edition of the event will bring the world of fashion and creativity together under one roof.

House of iKons once again will support designers and brands from across the globe. This will give them a unique platform for maximum exposure, elevating them to the next level.

Many of the boutiques and departmental stores from around the world house some of the designs that will be on show during the two days.

Several designers that will be in attendance have a history of consulting some of the top celebrities on red carpet events, music gigs and videos.

Beyonce, Jlo, Paris Hilton and Michelle Obama are a few who have been dressed by the iKons. 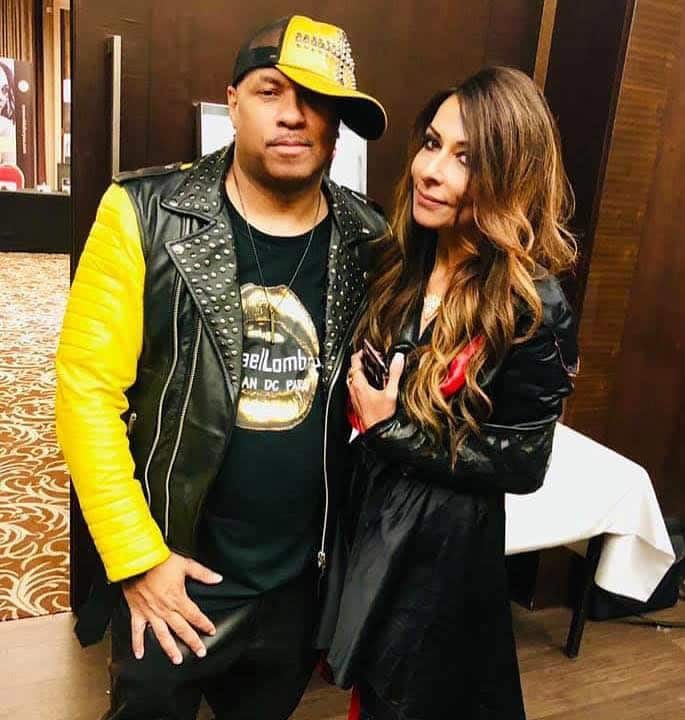 “This season we will be highlighting beauty and creativity not just in design and music but for all regardless of ethnicity, size, shape and sexual orientation.

“As everyone has the right to feel and look good, feel confident about who they are in the here and now.”

“Everyone has that right and we will continue to push boundaries and stereotypes… we are still a small drop in this big ocean.

“But we will continue to create a storm and bring beauty and creativity to whoever you are, where ever you are, from around the world.”

In 2019, for the first time, House of iKons introduces plus-size models. Also, transgender models will be at the forefront.

The whole event will offer a variety for everyone’s needs. Everyone will find something to their taste, ranging from vintage, retro, traditional to contemporary styles and textures.

At the same time, all the brands that will be on show are stylistically authentic.

Avalon Hair and Beauty is the sponsor of the event, while DESIblitz.com is a key media partner, as it has been since the inauguration of the show.

The combination of all the best creations will try to give a sensational fashion feel to those attending, including VIP guests and the general public.

Day one, consisting of two parts will celebrate designers from North America, Europe and Asia.

Each of them will bring something special to the runway, presenting a different fashion style and look.

Mullika Nakara, a young contemporary designer will open the show for the first segment.

Fashion designer and flight attendant, Jacinta Lingon from Cleveland, will follow suit next. Lingon has received many awards from the Art Institute of Fort Lauderdale.

Her style is simple and bold, with a touch of eccentricity. This clearly indicates that the House of iKons aims to push fashion boundaries further. 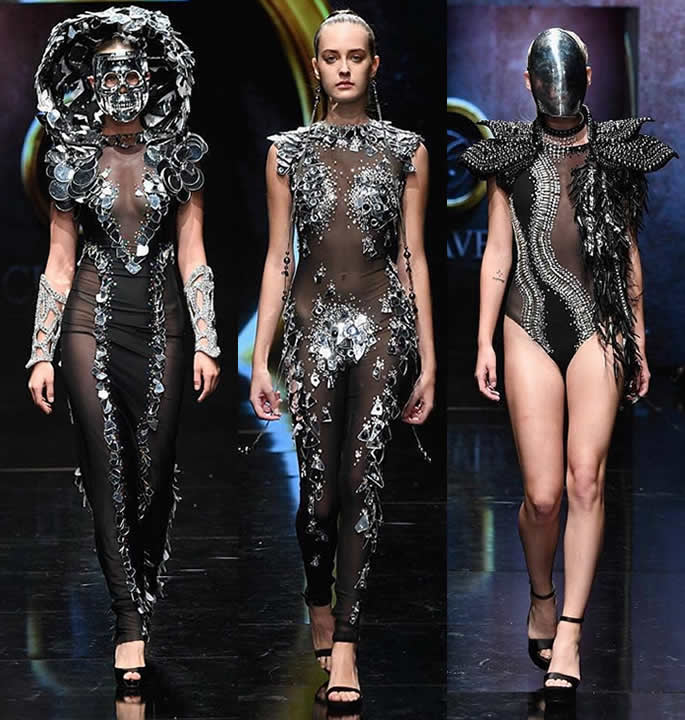 Designer Monica Jones who is third in line notices that the common style only appeals to skinny, light skin and long-haired women.

Her brand NanaLola Couture designs with a goal to create and promote contemporary vintage clothes for all sizes and genders.

Furthermore, Dapper Homme from Mumbai, India will make an appearance at the show. They are a leading online shopping website catering for men, selling formal wear and accessories.

Their limited collections make their customers stand out and remembered forever.

American Uma will be on the catwalk for the grand finale of the first show.

As part of the grand opening for segment two, the brand Aranjuez will present their high fashion streetwear.

Aranjuez fuses the local style of Compostela Valley with formal wear. They simultaneously combine their craft with fashion entrepreneurship.

Natasha Moby Millinery who goes in next is a British head-wear fashion brand.

She designs unusual and dramatically eccentric pieces that certainly make her customers stand out from the crowd. 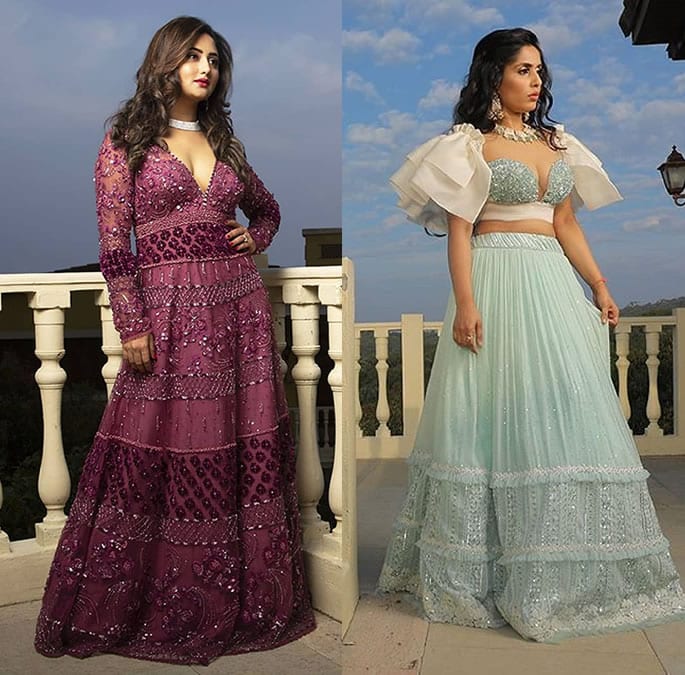 Taj B Designs who aim to make people look good lie in the fourth position according to the schedule.

Fitoor, a traditional clothes shop also based in India will walk the ramp in fifth position.

Kitu Kali a brand originating from Nairobi, Kenya who produce hand made shoes from traditional African fabrics also feature in the second segment.

Michael Lombard will finalise the second segment in day one, leaving a high fashion contemporary imprint on the guests.

Huffington Post named the luxurious brand Michael Lombard as “The King of Leather.”

They are internationally recognised and known for their revolutionary designs.

Here is a schedule for the two segments, including the full line up of designers on Saturday, February 16, 2019.

Besides adults, kids fashion returns to the two-day extravaganza.

On day two, Dac Ngoc will start segment one. They are the first Vietnamese children’s designer appearing on the House of iKons.

Model’s Wardrobe, a British kids designer have second slot on the catwalk

Following Mode UK by Mitch Desunia and Athea Couture Milano, Triple D will showcase their collection as part of the grand finale. 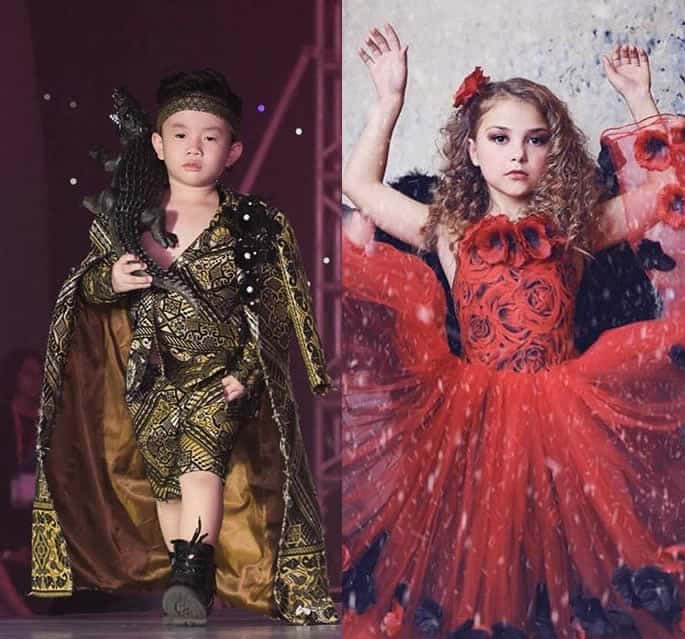 Then British designer Monika M Richert will present a children’s collection. All of their dresses are dreamlike made for a glamorous, and gracious princess.

Richert has previously designed clothes for children in aid of the UK charity, Cancel Cancer Africa.

Me Clothing, a British brand who create casual wear for teenagers and young adults are scheduled in third. Their goal is to build up self-respect for young people.

They create clothes with messages such as ‘Me’ and ‘Love Yourself’ to reflect their mission.

Two Kids Clothing will take the fourth position on the runway, showcasing stunning clothes for children from Romania.

Finally, Be Unique Be You will hit the catwalk for the grand finale.

Here is the schedule for the kid’s fashion segments taking place on Sunday, February  2019.

With all the best designers and brands coming together in one place, the two days should be a great spectacle.

In 2018, BBC World broadcasted this exquisite fashion event, which was viewed by more than 300 million viewers.

Savita Kaye aiming for even a higher global reach hopes to widen the brand’s horizon and push more boundaries along the way.

The February 2019 event is expected to leave a lasting impression, inspiring many young aspiring fashionistas and designers.

To find out more about House of iKons or to book tickets for either segment on February 16 and 17, 2019, please visit here.

Lea is a student of English and Creative Writing and is constantly rethinking herself and the world around her through writing and reading poetry and short stories. Her motto is: "Take your first step before you’re ready."
Desi Fashion – Cultural Appropriation or Cultural Appreciation?
Yami Gautam trips Three Times at Lakmé Fashion Week