Actress Yami Gautam experienced an unfortunate moment during Lakmé Fashion Week 2019. She stumbled three times when she walked the ramp in her long gown.

"That's the whole idea. It's okay, it can happen to anyone."

Lakmé Fashion Week is one of the most high-profile fashion events in India and usually features a number of celebrities walking the ramp.

Bollywood actress Yami Gautam was the showstopper for designers Gauri and Nainika for the 2019 event. However, celebrities stumbling on the ramp is a common sight and Yami was no exception.

The Indian actress, who is coming off the success of her 2019 film Uri: The Surgical Strike, modelled a stunning light pink gown on day two on January 30, 2019.

The gown was adorned with large flowers and finished with glitter, however, the frock’s length proved to be a problem for Yami.

While walking the ramp, the actress tripped not once, not twice, but three times. The first one is the most obvious but she was able to save herself from embarrassment.

Even though she stumbled, Yami managed to stay on her feet and continued to walk the ramp gracefully but holding her dress up to prevent the unfortunate incident from happening again. 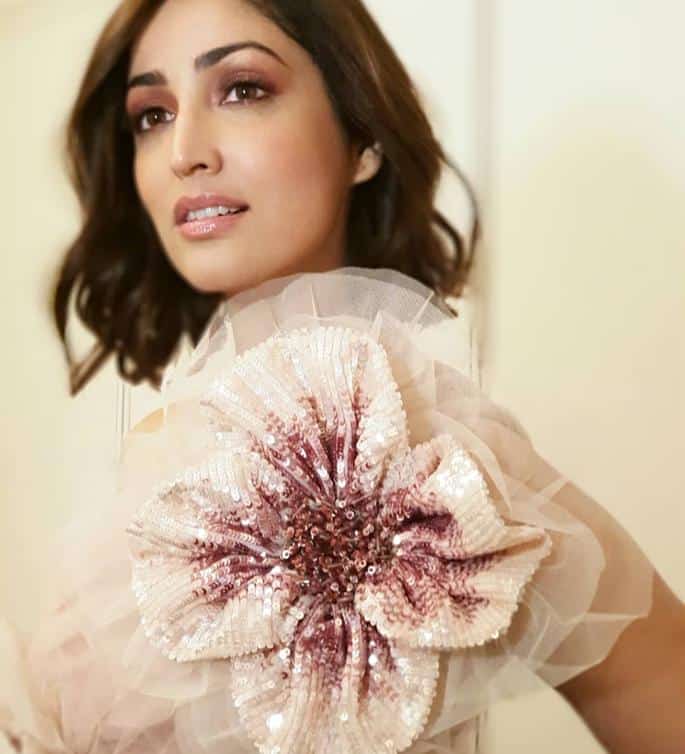 She made her way back to the top of the ramp where she joined Nainika Karan and the rest of the models for the grand finale where they all walked down the ramp. 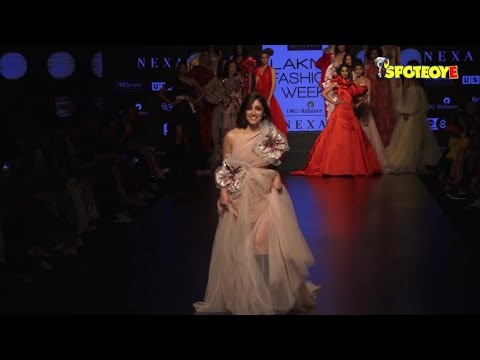 Following the event, Yami had time for questions where one reporter brought up Yami’s slight misfortune. However, she joked about the situation.

The reporter wondered how Yami was able to carry on walking the ramp as if nothing happened.

She responded: “That’s the whole idea. It’s okay, it can happen to anyone. I’m sure that I’m not the first one where something like this has happened.

“You know you have to complete and finish your walk with as much confidence and as much attitude, it’s okay it’s alright, we’re also human beings.

“The whole idea is you don’t let it come on your face and you still, even with more pomp, you just go and finish it and come back.”

Yami showed her self-confidence throughout her showcase and she is not the first celebrity who has faced an oops moment on the ramp. 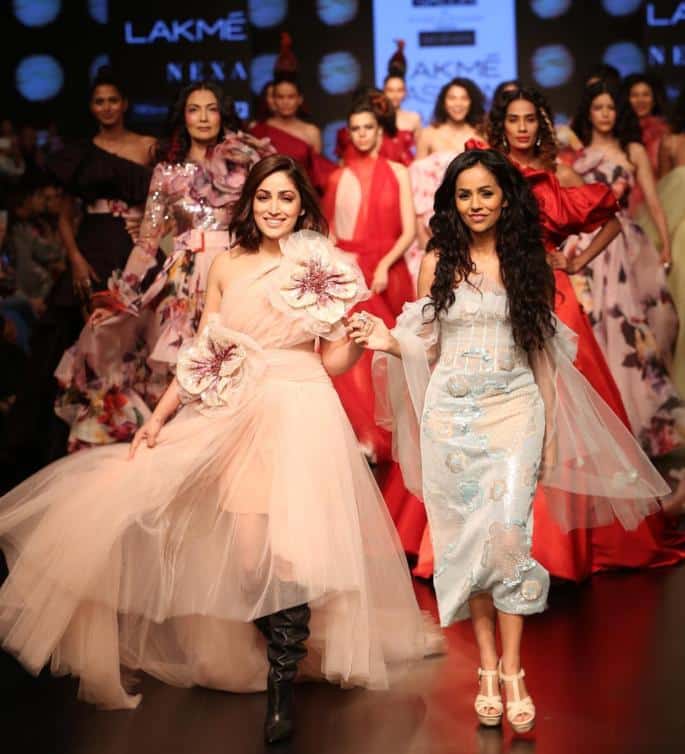 Actress Sonakshi Sinha had a trip while walking the ramp at Blenders Pride Fashion Show in 2010.

Other celebrities who attended day two of Lakme Fashion Week include Sawib Saleem, Kim Sharma and Manikarnika actress Ankita Lokhande among others.

On the work front, Yami has been loving the success of Uri: The Surgical Strike. The film is a dramatic account of the retaliation to the 2016 Uri attack.

The film follows Major Vihaan Singh Sherghil of the Indian Army, who plays a leading role in organising it.

Yami spoke about her film: “The subject was something which was real and was driven by emotions. It’s definitely a mission-based film but it is backed with strong emotions.”

Regarding her modelling showcase, she did a great job of remaining professional after experiencing multiple stumbles.

Dhiren is a journalism graduate with a passion for gaming, watching films and sports. He also enjoys cooking from time to time. His motto is to “Live life one day at a time.”
House of iKons: London Fashion Week February 2019
Modern Bridal Lehengas for your Wedding