House of iKons returns with a LIVE show during London Fashion Week in February 2023. Here’s what you can expect from the show.

Each design is a creative piece of art.

The extraordinary fashion show House of iKons is set to return with a stunning showcase of designs.

Following the September 2022 show, the creatives behind House of iKons will again work their magic.

With an array of new and emerging diverse designers at the helm, the February 2023 show is expected to be a hit.

Their designers have platformed worldwide and worked with celebrities such as Jennifer Lopez, Katy Perry, Michelle Obama, Beyoncé and many more which can be seen on their social media handles and various press.

Designers have also been selected from the shows as wardrobe designers for feature films.

The House of iKons attracts over 1,000 people per day in attendance, including high net-worth guests. The show also takes pride in offering opportunities to creatives from various backgrounds.

Before the House of iKons fashion show commences, guests will be invited to browse the exhibition area.

Guests will indefinitely be spoilt for choice with a variety of areas to peruse.

As a proud media partner, DESIblitz presents the prestigious House of iKons event and some of the many excellent designers who will showcase their creations. 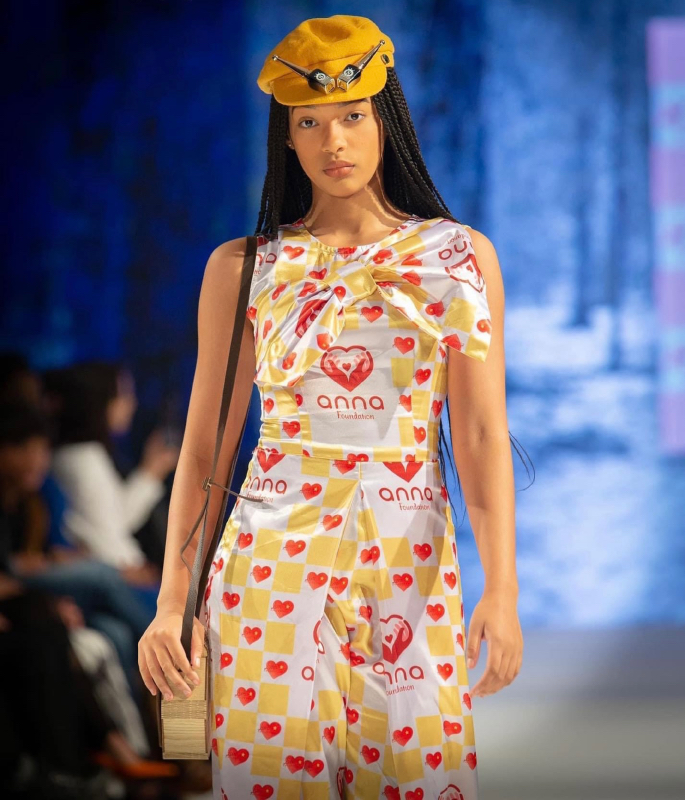 The upcoming House of iKons show will be kicked off by Love Collection.

Love Collection is helmed by a teenage duo of designers, Emily Nguyen and Anna Hoang from London.

Emily and Anna, who have previously designed children’s wear, will be launching their first collection for menswear and womenswear at the House of iKons show in February.

As well as the highly-anticipated launch, Love Collection will be celebrating the 50-year relationship between the United Kingdom and Vietnam.

The designer duo have been recipients of support from Vietnamese government officials since their inception.

The grand finale of Segment One will be helmed by Queen Sirikit of Thailand and the Mayor of Yala.

Queen Sirikit of Thailand has been a strong advocator of women’s fashion and has championed the cultivation of Thai silk throughout her reign. 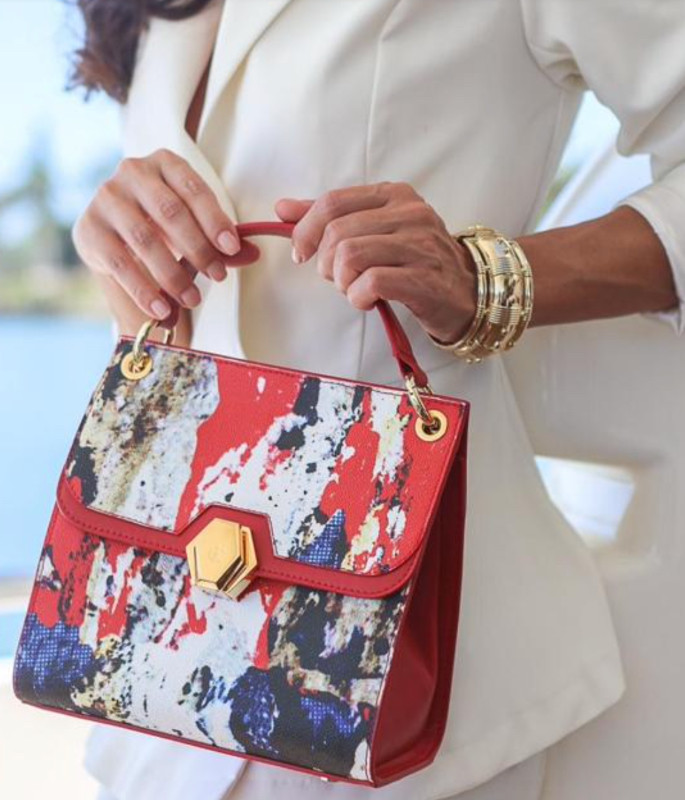 Jeannie B. Cidel developed her love for bold colours, abstract art and geometric shapes during her early childhood years.

The Great Recession led Jeannie on a journey to search out high-quality textiles and signature works of art from distinguished artists to create an exclusive, timeless and luxury handbag collection.

She took inspiration from world-renowned artists such as Roberto Alborghetti, Darryl Schiff and Fu Wenjun for their inspiring and iconic works that go beyond traditions.

The designer is now fulfilling her vision by elevating the styling of fashion enthusiasts with JCIDEL’s daring and quintessential handbag collection that transcends cultural norms. 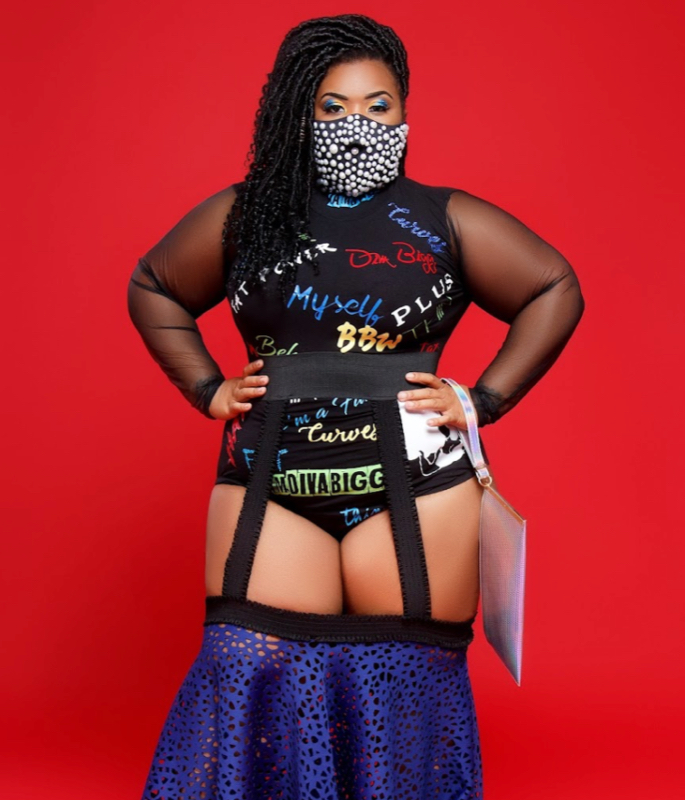 House of iKons is proud to present DivaBigg’s solo segment in the upcoming show.

The fashion brand will be launching its documentary which explores the future of plus-size fashion and the industry’s progress.

The documentary will highlight the truth, struggle and changes occurring in the fashion realm.

Titled Fat is Fashion, the DivaBigg documentary will be exclusively premiered at the House of iKons show.

Alongside the documentary, the brand will also launch its latest collection for women with ‘real curves’. 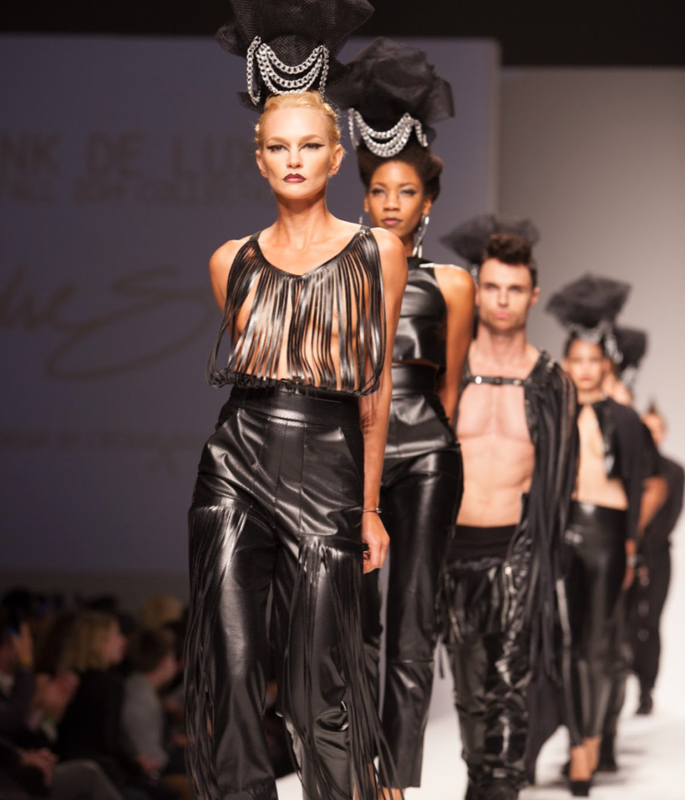 Often regarded as a visionary, an artist and a fashion genius, André Soriano’s designs will entice the audience at the House of iKons show.

His designs include a variety of garments from active wear to classic evening wear, specialising in elegant bridal wear and couture gowns.

André prides himself on implementing luxury fabrics such as silk, brocade, taffeta and charmeuse into his pieces.

His designs have been featured in Italian Vogue and other publications.

After starring in Bravo TV’s Styled to Rock in 2013, the designer amassed a rotating roster of celebrity clientele.

This led to his designs being worn on multiple red carpets and award shows such as the Grammys, Golden Globes, and Emmy awards. 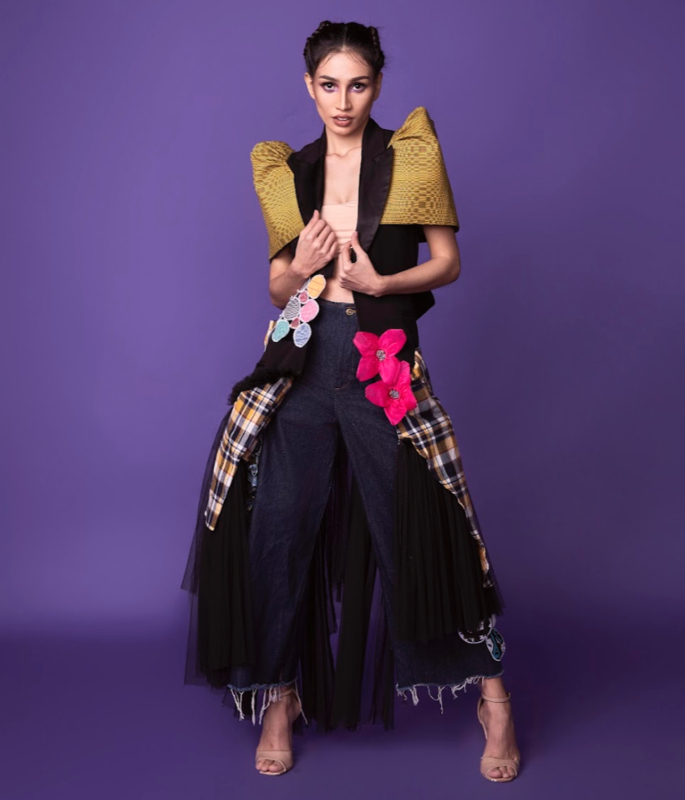 In March 2021, two Filipina artists founded the brand PamPinay as a social project during the height of the Covid-19 pandemic.

Pamela Gotangco, a multi-awarded visual artist based in Switzerland and Christian Belaro, a graphic fashion designer based in England cater to the needs of seamstresses and weavers in the Philippines.

PamPinay is a collection of wearable art which aims to promote social entrepreneurship, sustainability and responsible branding.

Pamela Gotangco says: “When the global pandemic paralyzed world economies, I was thinking of ways how my art could be part of the solution that the pandemic posed to women in the economically challenged areas of the Philippines.” 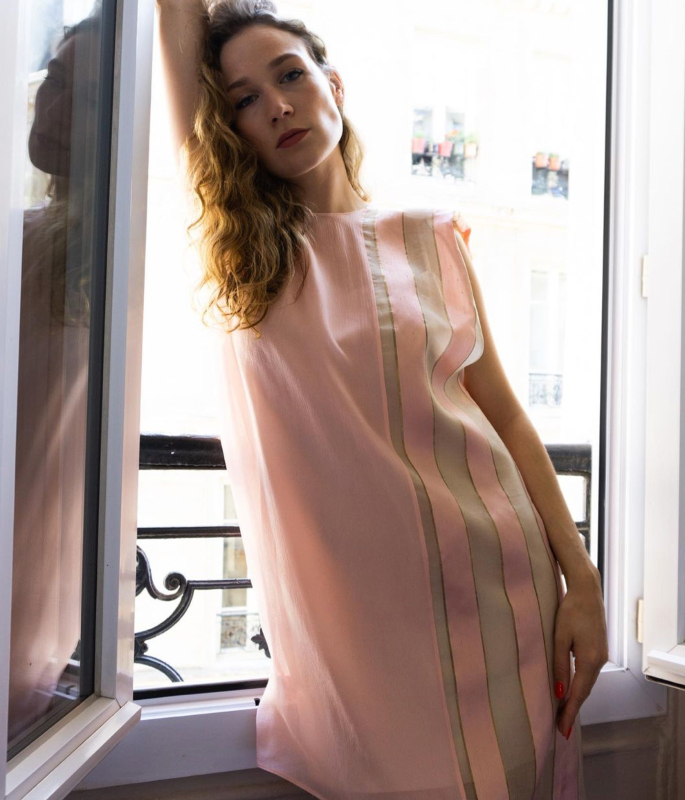 Based in Germany, Maria Mahlmann is an established fashion designer with a large client base.

Maria’s designs are a perfect mix of modern chic with a twist of vintage essence.

The fashion designer worked with several prominent brands such as Christian Lacroix and Coco Chanel before establishing herself as an independent.

Maria Mahlmann’s MM REMIX collection is sure to blow the audience away at the House of iKons show in February. 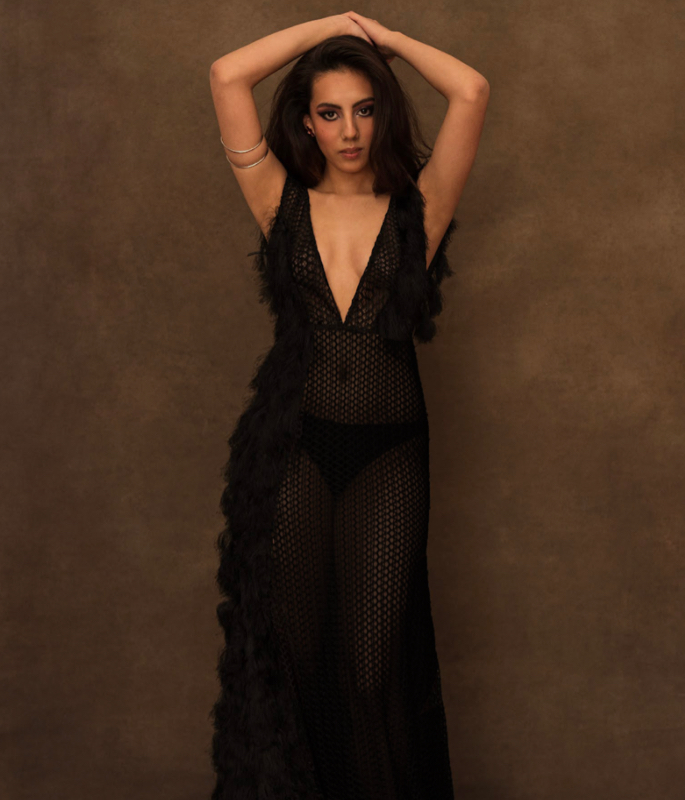 At the young age of 18, Zaira Christa is set to launch her very first couture collection at the House of iKons show.

With musical creative talent and a flair for fashion, Zaira’s collection will bring fashion and music together with her spellbinding creations.

The young fashion designer is sure to win hearts at the upcoming House of iKons fashion show. 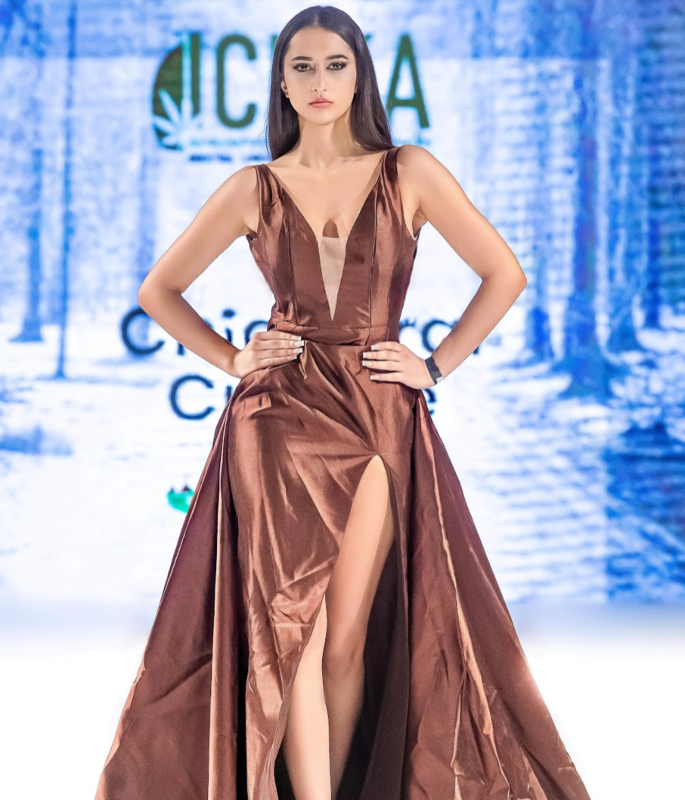 Based in Thailand, this will be the first time that Pimpa Paris will be showcasing her designs internationally.

This designer has created garments with a unique Thai cultural essence which can be worn by any woman from anywhere around the world.

Having spent over 15 years studying and working in France, she returned to Thailand and became a consultant and lecturer.

Since then, she has transferred her design knowledge and product development for communities through various projects of government, state enterprises, and private sectors. 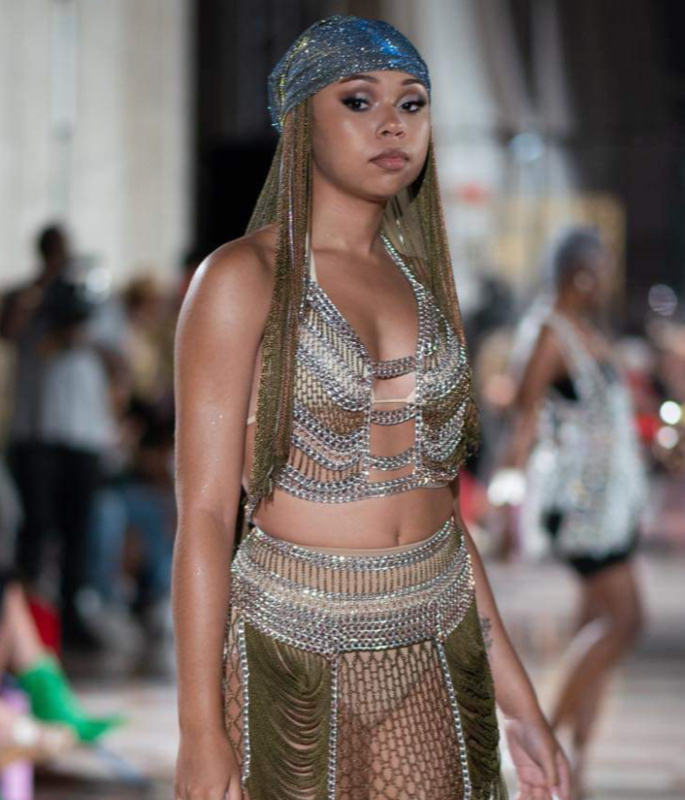 Links by Gwen first showcased their designs at the House of iKons show in February 2017.

Since then, the designer has showcased their fabulous creations around the world.

Interestingly, every Links by Gwen garment is made up of chains and links.

Each design is a creative piece of art. The technique used by the designer creates elegance in each piece and boasts master craftsmanship which the designer has clearly achieved. 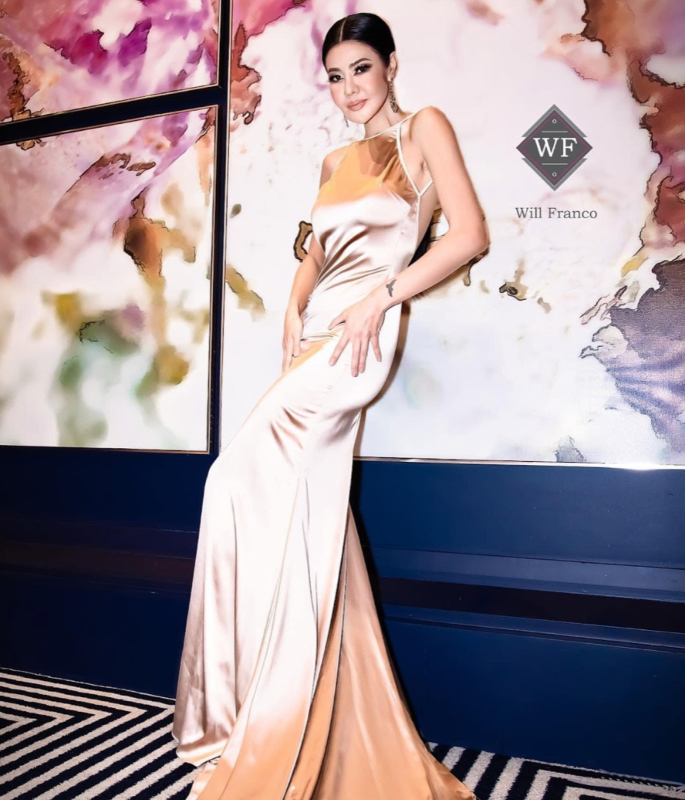 Similarly to Links by Gwen, Will Franco will be returning to House of iKons after first showcasing his creations in February 2020.

Each of Will Franco’s gowns is the perfect red carpet-look.

Since the designer’s House of iKons debut in 2020, Will Franco has showcased around the world.

His designs have also been featured in many publications including Vogue and Harpers Bazaar.

House of iKons is honoured to present this creative line-up of designers who are eager to exhibit their gorgeous designs to set trends for the future.

The House of iKons show will host talented designers and creatives from around the world, highlighting beauty, creativity, art and diversity.

For further information about House of iKons London Fashion Week February 2023 and to book tickets for the one-day event, please visit here.

Ravinder is a Journalism BA graduate. She has a strong passion for all things fashion, beauty, and lifestyle. She also likes to watch films, read books and travel.
Uorfi Javed has ‘Feathered Wings’ in Topless Video
Radhika Merchant stuns in Pink Lehenga at Mehendi Ceremony