Rapper Cardi B has been accused of cultural appropriation after she used an offensive image to promote her new sneaker range.

"This is plain disrespect and in no way cultural appreciation."

The American rapper, Cardi B, faced major criticism when she appeared on the cover of Footwear News promoting her brand new sneaker collaboration with Reebok.

There was a compilation of images used and one of those images had Cardi B holding a sneaker and impersonating the Hindu Goddess Durga.

The Goddess Durga symbolises the divine forces. She is known for her power, protection, strength and war.

She is typically portrayed having eight or 10 arms, each one holding the special weapon of one of the Gods.

The image portrayed on Footwear News was incredibly similar but each arm had a different tattoo. 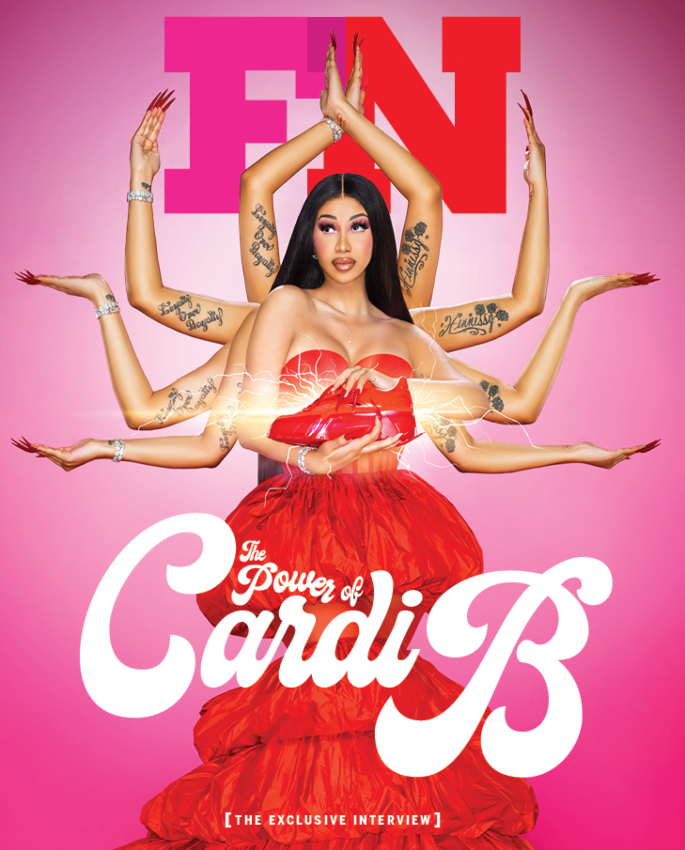 This did not sit well with the public and in a matter of minutes, social media exploded with comments accusing Cardi B of cultural appropriation, mocking the Hindu culture.

One Twitter user wrote: “This is plain disrespect and in no way cultural appreciation.”

In regards to Cardi B’s magazine cover shoot, this is an explanation as to why it is offensive and disrespectful

Critics labelled it as “disgusting” and “straight-up racist”.

“The fact that Cardi thinks that she compares to or even has any remote similarity to our goddess makes me sick.”

On November 10, 2020, Cardi B spoke about the ordeal on her Instagram. She apologised for the images and explained the vision behind it.

She said: “The creatives told me I was going to represent a goddess, that she represents strength, femininity and liberation, and that’s something I love and I’m all about.”

She acknowledged that her naivety was reckless and apologised again for offending the Hindu culture.

“If people think I’m offending their culture or their religion I want to say I’m sorry.

“That was not my intent. I do not like disrespecting nobody’s religion.”

She continued by suggesting that next time she aught to do her research prior to her photoshoots.

“I’m sorry, I can’t change the past, but I will do more research for the future.”

Cardi B was not the only apologetic party in the matter. Footwear News had also released a statement to People apologising for there actions and expressing their intentions.

They too wanted to “pay homage” to the Hindu Goddess and their intention was to show a powerful woman. They failed to foresee the backlash they would receive from there actions.

“We realise we were not considerate of certain cultural and religious perspectives and how this could be perceived as deeply offensive.”

Footwear News has taken full accountability for the images used and stated:

“It is important we learn from this example and are sensitive to this sort of religious imagery when creative discussions are taking place in the future.”

They have now taken the previous image down and replaced it with a “subscriber-exclusive” picture.

Ammarah is a Law graduate with an interest in travelling, photography and all things creative. Her favourite thing to do is explore the world, embrace different cultures and share stories. She believes, “you only regret the things you never do”.
Mukesh Ambani expresses interest in India’s Trainer Market
Bollywood Divas stun in Ethnic Ensembles for Diwali