"Queen B (@beyonce) is slaying at #IshaAmbani's sangeet and how!"

Bollywood stars went on the stage to perform at the grand sangeet ceremony of Isha Ambani. World-renowned singer Beyonce also performed some of her biggest hits at the impressive event.

Isha Ambani is the daughter of businessman and Reliance Industries chairman Mukesh Ambani and his wife Nita Ambani.

She is all set to marry Anand Piramal, a businessman who is the son of Ajay and Swati Piramal on December 12, 2018.

Earlier in September 2018, Isha and Anand had an engagement at Lake Como in Italy. Bollywood celebrities travelled to Europe and were present for this special occasion. 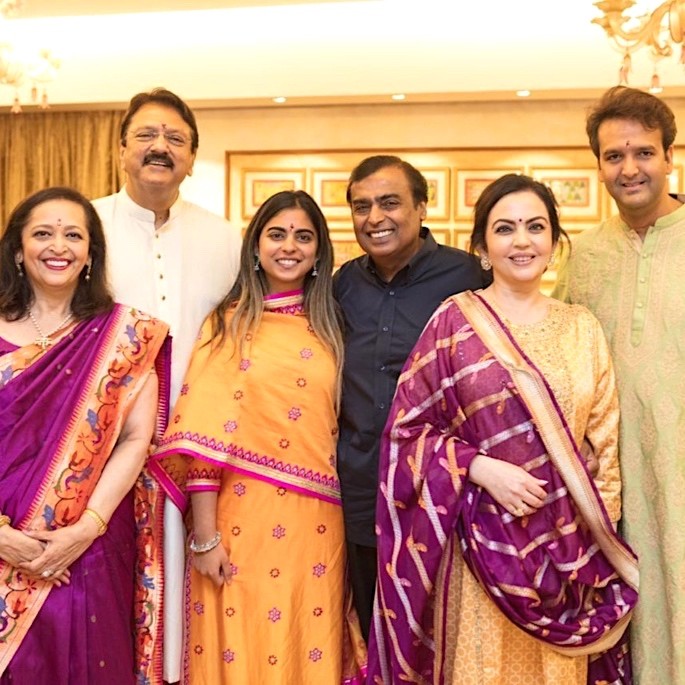 The soon to be husband and wife, along with their families hosted a glitzy sangeet ceremony on December 8, 2018, at Lake Palace in Udaipur.

Many big names from the Bollywood fraternity were in attendance, making it an evening to remember.

Several videos of Bollywood stars performing have made their way online.

Salman is full of enthusiasm, excitedly dancing to the song alongside Isha’s brother Anant Ambani. Several other guests are on stage performing to the track, with Salman being the centre of attention.

Additionally, in a rare treat for fans, Shah Rukh and Aamir performed alongside one another. The two stars danced to ‘Let’s Nacho’ from the movie Kapoor & Sons (2016).

Aamir and Shah Rukh looked perfectly in sync, as they danced to the upbeat track in their traditional outfits. The duo showed off their bromance, alongside several guests who were dancing behind them.

The King of Romance Shah Rukh affectionately kissed his wife on the cheek during the performance.

The pair tore the roof down with their performance to the fun and peppy song. 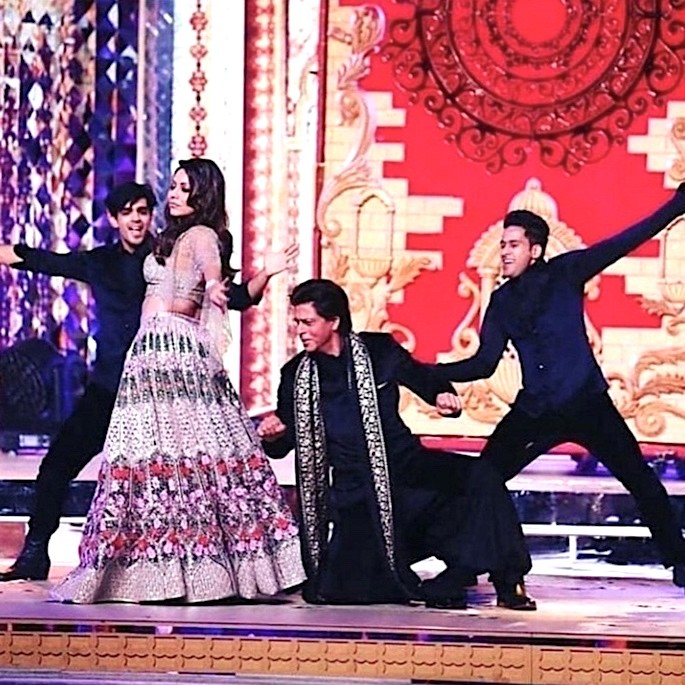 As well as Shah Rukh and Gauri, another husband and wife duo who did perform were Abhishek Bachchan and Aishwarya Rai Bachchan.

The happy couple did some boogie-woogie to the romantic song ‘Tere Bina’ from their movie Guru (2007).

Looking as loved-up as ever, the two gracefully danced with one another to the melodious track.

Aishwarya lit up the room with her sparkly, sequined dress, whilst Abhishek wore a red kurta with a cream pyjama.

Furthermore, filmmaker Karan Johar took to the stage for a special performance with the bride t0 be Isha.

In the video, the two can be seen dancing to the iconic song ‘Bole Chudiyan’ from Karan’s Kabhi Khushi Kabhie Gham (2001).

Karan who was wearing a red kurta and black pyjama stole the show with his enthusiastic dance moves.

Other than Bollywood stars performing at the sangeet ceremony, famous American singer Beyonce also set the stage on fire.

Beyonce took to the stage, performing some of her greatest hits, dazzling the audience whilst doing so.

The star looked sensational in a gold and red embellished dress by Abu Jani Sandeep Khosla.

Taking to Instagram, Beyonce posted a picture of her outfit. She teamed the outfit with a mathapatti and gold jewellery. 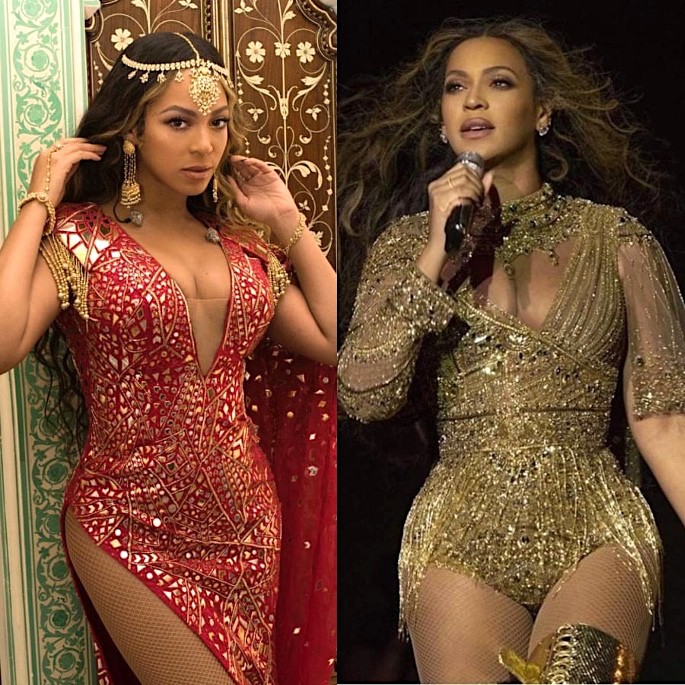 Bollywoodlife shared a video of Beyonce dancing on stage in her gold outfit. They captioned it: “Queen B (@beyonce) is slaying at #IshaAmbani’s sangeet and how!”

Newlyweds Ranveer Singh and Deepika Padukone, along with Nick Jonas and Priyanka Chopra were also in attendance. 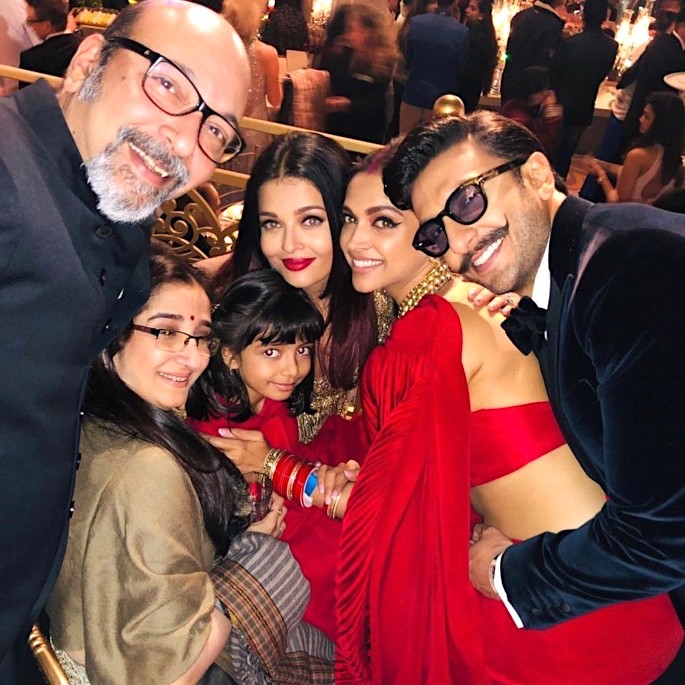 Deepika who wore a crimson red dress was seen on the dance floor, dancing to ‘Chogada’ from Loveyatri (2018).

Other guests included former first lady of the United States Hillary Clinton who has travelled to India for the wedding.

Isha Ambani and Anand Piramal are all set to tie the knot on December 12, 2018. Without a doubt, their wedding will be as grand and lavish as their sangeet ceremony.