2.0 is a Worldwide Blockbuster after Surpassing 500 crore

2.0, a sequel to Robot has emerged victorious at the box office, after surpassing the 500 crore mark worldwide. The film continues to do great numbers.

The film starring Rajinikanth and Akshay Kumar came out on November 29, 2018, and has broken plenty of records within 12 days since its release.

Consequently, 2.0 has become the second highest grossing film ever to be released in India, behind Baahubali 2: The Conclusion (2017).

The film has also done tremendously well worldwide, stealing the number one spot at the international box office from Fantastic Beasts: The Crimes of Grindelwald (2018).

A direction of S. Shankar,  the science fiction does not look like it is in any mood to slow down. It is set to have the biggest reach for a foreign film in history as it releases on 52,000 screens in China. 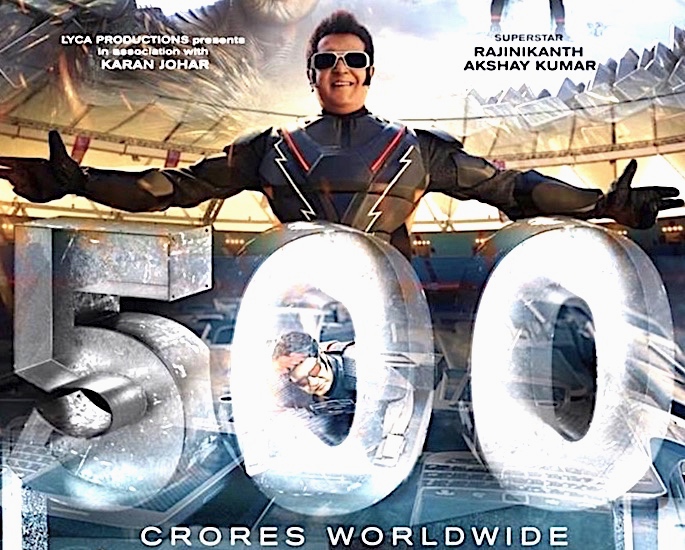 Despite not releasing during a holiday period, the film managed to do superb numbers on its opening day.

Along with the Hindi collections, 2.0 managed to cross the Rs 100 crore mark (£11 million) worldwide on its opening day.

In addition, the film has continued to do tremendous numbers in the 12 days since it’s release. 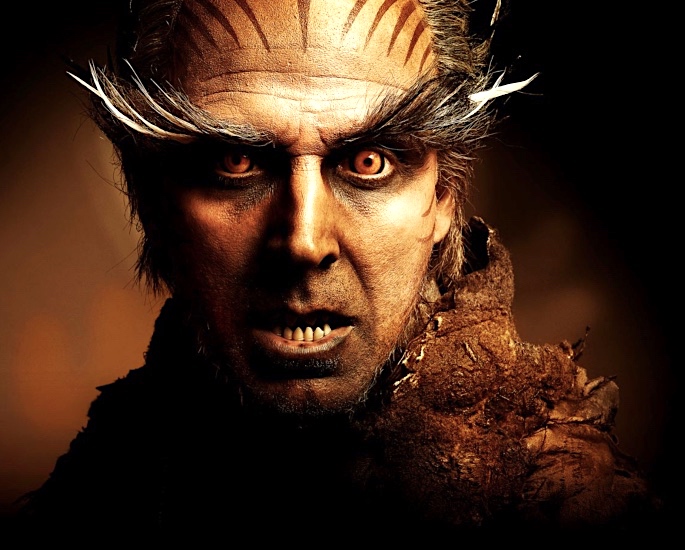 As a result of the amazing box office numbers, 2.0 has managed to break records galore.

Although Rajinikanth and Akshay Kumar are both megastars, this film has become the highest-grossing Hindi film for both of them.

Akshay Kumar’s previous film Toilet: Ek Prem Katha (2017) was his highest-grossing film previously. Without a doubt, 2.0 has surpassed this for Akshay and has become his highest earner.

Moreover, it has set a new benchmark overseas, by taking the number one spot at the worldwide box office in its opening weekend.

It has managed to surpass big Hollywood movies such as Fantastic Beasts: The Crimes of Grindelwald (2018) and Ralph Breaks The Internet (2018) that released around the same time.

Additionally, Shankar’s 2.0 has overtaken Baahubali 2: The Conclusion at the box office in Chennai. This makes it the highest-grossing film at the Chennai box office. 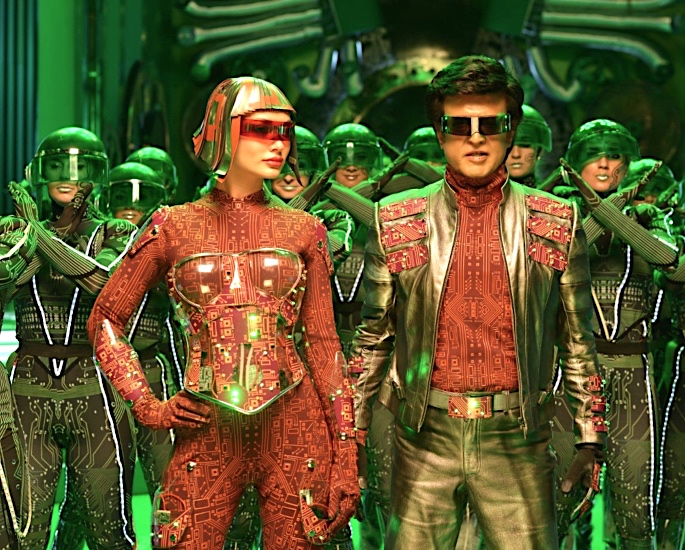 After taking the rest of the world by storm, 2.0 is all set to release in China during May 2019.

The already successful film will be put on 52,000 screens across China making it the widest 3D release for a foreign film in the history of cinema.

Hindi films have been performing exceedingly well in China over the past few years. Films such as Secret Superstar, Dangal, Toilet: Ek Prem Katha and Bajrangi Bhaijaan have managed to win over Chinese audiences.

No doubt 2.0 will continue this trend and garner great figures in China.

However, 2.0 has surpassed all expectations and become one of 2018’s biggest success stories. It will be interesting to see how much money 2.0 continues to make, and what the eventual number will come to.

Hamaiz is an English Language and Journalism graduate. He likes to travel, watch films and read books. His life motto is “What you seek is seeking you”.
Beyonce and Bollywood Stars perform at Isha Ambani Sangeet
TV Comedy Star Kapil Sharma weds Ginni Chatrath