Released on October 16, 2013, Waar hit cinemas all over Pakistan with a powerful buzz. The word Waar has a literal meaning of ‘strike’ in English, and has impressed both critics and audiences alike.

Waar’s direction, editing and sound has been greatly commended by directors and media from both Pakistan and India.

Waar has been the most anticipated movie in the history of Pakistani cinema. Mainly set in English, it has been welcomed by the nation with much enthusiasm.

Waar is a massive hit running in cinemas not only in Pakistan but around the globe. The success of Waar was seen on the very first day of its release on Eid, October 16, 2013.

The film saw the widest release ever in the history of Pakistan, showing on 42 sold out screens across the country. It made Rs 11.4 million on its opening day and broke the record of Shahrukh Khan’s Chennai Express (2013), which earned Rs 9 million. 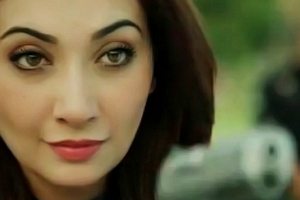 The film was shot mostly in Islamabad, Lahore and some parts of Northern Pakistan, especially Swat Valley. Its storyline revolves heavily around patriotism and the Pakistani perspective on the menace of terrorism.

Waar’s cinematography, direction, editing and sound has been greatly commended by directors and media professionals from both Pakistan and India. But it has also received much criticism from Indian media, being subject to a lot of controversies since its official release.

Waar attempts to counter those myriads of alleged allegations that a number of Indian movies have been pointing towards Pakistan for years, where Pakistan is held responsible for most of the ill-happenings and terrorist attacks across India.

Waar is a movie that has made a difference in its truest sense. The lead role has been played by one of the country’s top-notch actors, Shaan Shahid. Shaan plays Major Mujhtaba, an army officer who has taken retirement from the forces for personal reasons. 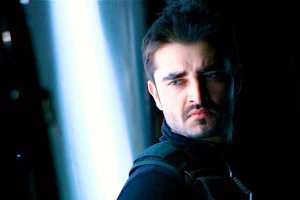 The intelligence agencies in Pakistan orders Mujhtaba back as he was the only person who arrested Ramal – now an escaped criminal and is a protagonist behind the terrorist activities.

They call Mujhtaba back as they have reason to believe that Pakistan is going to be hit by a major terrorist attack.

Ramal coupled with another RAW agent, Laxmi, are behind these attacks. The movie also captures the role of the Taliban in tribal areas and the source of their funds to commit terrorist acts in the country.

Hamza Ali Abbas plays his role brilliantly as Ehtesham. He is a brave and patriotic police officer who willingly offers his life to save the motherland while moving an explosive filled truck to a deserted area. Ayesha Khan as Javeria plays the role of his sister who is an intelligence officer.

Many people, irrespective of the controversies about the story layout, were simply Waar-struck because of its quality; one of those people is the multiple award-winning Indian director Ram Gopal Varma who found himself searching for words to praise the movie. In awe of the film, he tweeted:

“After seeing ‘Waar’ i honestly feel us indian film makers should get off our assumed high horses and look at pakistani films seriously.”

The Bollywood director saluted Bilal Lashari and admitted that he was absolutely thrilled to watch Waar. Later, he removed the tweet in which he confessed that he watched the pirated movie as he couldn’t resist the hype.

The thread of events in the movie are recorded with absolute coherency, depicting Bilal Lashari’s natural cinematic knack. The lavishness of the production design varies from plush apartments to guns, spades and explosives that keep the viewers intact throughout the film. To put it in Bilal Lashari’s words:

“I am a perfectionist by nature and have been fine-tuning several aspects of the movie to make it a truly worth[while] experience for the audience.”

The story revolves around one sequence of action filled with excellence followed by another till the very end. Speaking of the action sequences, one of the major inspirations of the movie lies in the scene of the Lahore Police Academy attack. It is a scene which one can closely relate to as it is a kind of re-enactment of the actual tragedy that took place in Lahore in the year 2009.

The idea of showing a plethora of events in a foreign language makes sense and the cast do an excellent job as well. Most of the story oscillates around patriotic heroes who try their best to save Pakistan’s sovereignty. 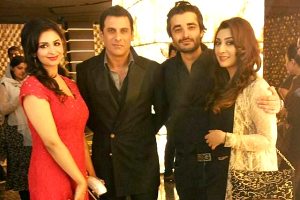 Ali Azmat portrays a likeable character as Ejaz Khan in his role as an honest and sincere politician who strives until his last breath for the approval of building a dam.

It shows the heartbreaking reality of how honest people are obstructed on their way to be viable politicians who can actually serve the masses.

Waar has received heavily critical reception from many people and from multiple angles. To begin with, juvenile violence has been shown to depict reality very boldly for the first time ever in the history of Pakistan.

Secondly, the movie bluntly shows RAW being the agency behind the major terrorist activities in Pakistan, until now so-called ‘invisible hands’ were addressed. Meesha Shaafi plays that role and it is one of her best performances ever.

Technically speaking, Waar is way better than most Pakistani bubblegum movies and is also the country’s most expensive movie made to date. Before anyone casts negativities about Waar’s script being too predictable, let it be clarified here that the Pakistan film industry is moving towards its ‘take off’ phase in the real essence, it never really took off before this film.

For decades, it has remained an industry that has never truly conquered. Movies like Bol (2011), Main Hoon Shahid Afridi (2013) and Waar despite facing countless controversies, definitely have the nerve to hit the nation in a positive way.

Sidra a student of Economics, is an experienced writer who adores reading too. Having the drive to take on challenging goals, her motto is "We write to taste life twice, in the moment and in retrospect."
Celebrating 100 Years of Bollywood ~ Vote Now
Ram-Leela ka Rang is an Epic Romance