Seeing its European premiere at the London Indian Film Festival, Sulemani Keeda is an entertaining comedy with some great laugh-out-loud moments. With the LIFF Q&A sponsored by DESIblitz, we have all the insightful truths behind this great film.

"A film like this can only be set in a city like Bombay, where there is a very strong hub of movies."

DESIblitz were proud sponsors of both screenings and the latter Q&A with director Amit V Masurkar and producer Datta Dave. Terry Mardi hosted the insightful discussions, probing the filmmakers on the movie’s screenplay, cast and music.

Sulemani Keeda is an entertaining comedy of two young writers looking to make it big in the Indian film industry. A cut-throat world, Bollywood defines itself by beauty, glamour, entertaining masala, and big budgets. 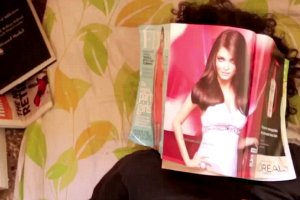 For a slice of this filmy pie, it’s about who you know, and Mainak and Dulal suffer an upward battle to get their unique screenplay ‘Sulemani Keeda’ into welcoming hands.

Dulal however runs into the beautiful and intelligent Ruma (played by Aditi Vasudev) and is torn between making his big Bollywood break and pursuing the woman he loves. 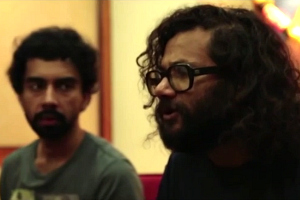 All the actors perform superbly in their respective roles. In an exclusive Gupshup with DESIblitz, Amit insists that he didn’t want his actors to ‘act’ but rather play themselves and this has worked beautifully on screen:

“What we discussed was I didn’t want them to act, they had to be real, so my job was just to make them feel comfortable in front of the camera and just hope that they would deliver and luckily for me, they did deliver,” Amit tells us.

The sweet yet volatile bromance between Dulak and Mainak is a joy to watch and the viewer buys into all of their relatable eccentricities. While Amit insists that the film is not a direct critique of Bollywood and the Indian film industry, it certainly is a nod to some of its unconventionalities:

“It was an honest take from the point of view of somebody who is not from a Bollywood family and is trying to break into this system, and it’s not a very accepting system for newcomers.”

“So I have lived that life for 10 years before I made the film,” Amit adds. 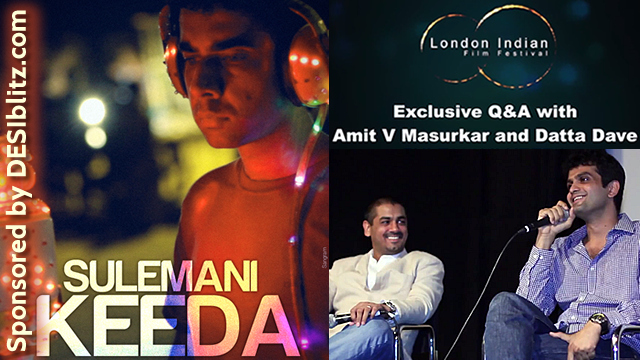 During the Q&A, one of the big questions on everybody’s lips was the unusual choice in title – later revealed to be local Mumbai slang:

“Sulemani Keeda means a very big ‘keeda’. In Hindi it means a bug, and in this case it is a huge bug these guys have, and the literal translation would be a ‘pain in the ass’,” Amit explains.

To avoid unnecessary confusion, Amit adds that the film’s English name is Writers. 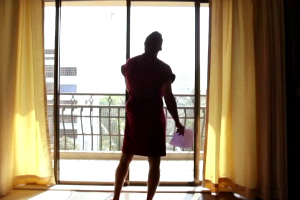 Of course, with films at its core, the city of Mumbai itself forms an integral role in both screenplay and cinematography:

“The city is a character in the film. A film like this can only be set in a city like Bombay or Los Angeles, where there is a very strong hub of movies.”

Interestingly, Amit adds that most of the outdoor shoots across the city were done without prior permission, and most of the time, they relied on family and friends to provide offices and homes in which to shoot. As producer Datta Dave tells us, all in all the film had a budget of only $75,000.

Despite having such a small budget, the film offers layers upon layers of inside jokes that anyone with a love for film will understand. From Gonzo Kapoor’s ambition for ‘out of the box’ art and Sweety Kapoor’s ‘meaning of life handkerchief’ there are many classic moments that audiences will love:

As Amit adds: “I think writing comedy is not very easy. But once you write a good comedy script, you need the right kind of actors who can perform, and who can do justice to whatever you’ve written. And I think I was lucky in that department – I found the right actors.”

It is clear that a good screenplay and interesting characters is all that one needs to create an enjoyable film. As one audience member noted after the screening:

“The characters themselves were amazing. You could probably see that they are actually genuine writers in their own merits, and I’d definitely recommend for everyone to go and watch this film.”

In essence, Sulemani Keeda is a film that young individuals can easily relate to – it is a story of following your dreams and overcoming whatever hurdles may come your way, and it will have you leaving the cinema with a smile on your face.

Well deserving of all its accolades so far and following its double showing at the London Indian Film Festival, film lovers can expect Sulemani Keeda to see a limited release in India as well as premiere on Channel 4 later in 2014.

Aisha an English literature graduate, is a keen editorial writer. She adores reading, theatre, and anything arts related. She is a creative soul and is always reinventing herself. Her motto is: “Life is too short, so eat dessert first!”
Sold is Huge Success at LIFF Opening
KJo signs Salman for Shuddhi