Secret Superstar is turning out to be a massive success in China. Aamir Khan’s growing fan base in China has taken this Zaira Wasim film to a new high. DESIblitz breaks down the ‘secret’ to Aamir’s China success.

The Chinese box office is the world’s second-largest film market and one of the fastest growing.

Movie ticket sales have been on a high from 2016 to 2017 and it would be a wise decision for any Bollywood producer to push the right kind of films in the booming market for unprecedented profits.

One of the smartest minds in the industry, actor-producer Aamir Khan realised this a long time ago. And we can see him reaping the benefits of it with his latest production, Secret Superstar.

The film that stars Zaira Wasim and Meher Vij in lead roles is currently performing exceptionally well at the Chinese box office. It has even managed to surpass the collections of Star Wars: The Last Jedi, a franchise film that is popular the world over.

Secret Superstar is a coming of age story of a young Muslim girl. She aspires to be a singing sensation but has to deal with opposition from a violent parent. Aamir plays a cameo of a music composer in the film.

After grossing 62 crores lifetime business at the India box office, the film was declared a hit. It released in China on 19th January and has currently surpassed the $100 million mark at the Chinese box office. 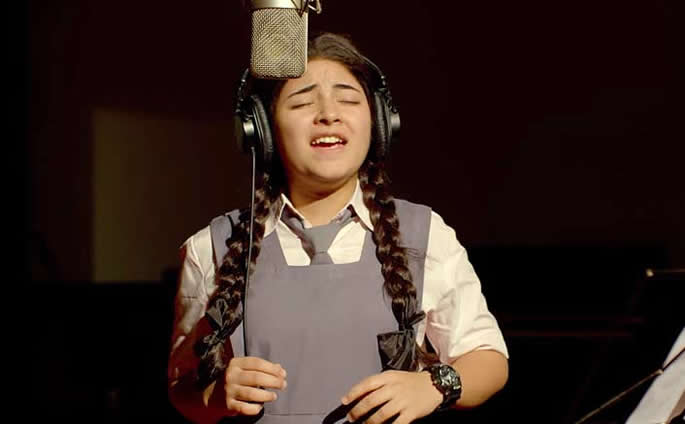 This is not the first time an Aamir Khan film has managed this feat. Ever since his 2009 film 3 Idiots, the actor has struck a chord with Chinese audiences. It was the first sign of a Bollywood film that celebrated friendship resonating with the audience there.

Further on, his next release, 2013’s Dhoom 3 became an even bigger hit in China. Amassing $3.8 million and a wider screen count. Since then, Aamir has been exceeding expectations with his subsequent films. His 2014 drama, PK which was a religious satire further went on to earn nearly $20 million in China.

Of course what followed was unimaginable. The Nitesh Tiwari directorial, Dangal, a sports drama based on the life of Indian wrestler Mahavir Phogat left the Indian as well as Chinese audiences astounded.

The film after becoming the highest grossing film in India also became the highest Indian film ever to gross nearly $190 million at the Chinese box office.

This has certainly led us to think whether it is just the Aamir Khan factor or something much more that is making Bollywood a big deal in China.

Talking about the formation of Aamir as a brand in China, Indian trade expert, Sumit Kadel says:

“It all started with 3 Idiots, slow and steady Aamir Khan created a market for himself in China. Chinese audiences love socially relevant and entertaining films. Aamir offers them that.

When asked about other money spinners like Baahubali and Bajrangi Bhaijaan managing such a feat in China, he added:

“Bahubali will not work in China because they can’t connect with Indian history. They themselves produce period action movies and Hollywood releases as well. [The] Chinese audience needs content which they crave for like Dangal and Secret Superstar.”

“Salman’s Bajrangi Bhaijaan can also work there if dubbing is right and Salman promotes the movie aggressively in China.”

Looking at what works locally in China, the country’s highest grossing film so far is Wolf War 2. The action film has been claimed to be high on patriotic undertones. As reviewed by Variety’s Joe Laden:

“Depending on their own political leanings, some Westerners will be either be amused or incensed by the full-throated nationalism that pervades Wolf Warrior II.” 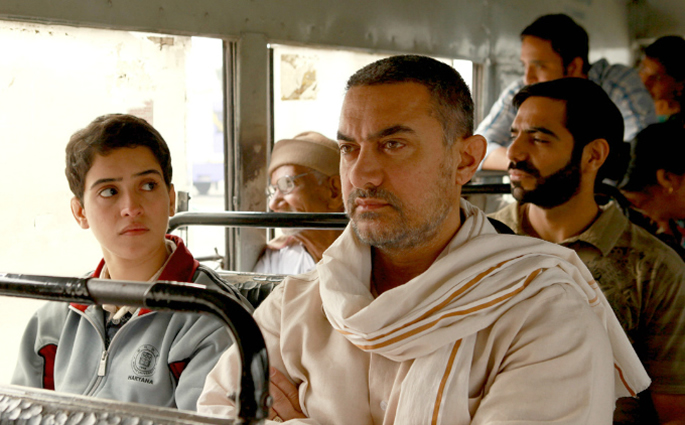 In terms of international films, Hollywood’s Fast and Furious has been one of the most popular franchises along with Star Wars to have wooed Chinese audiences. With such diverse tastes of the audience, foreseeing the success of a film is difficult.

Shanghai-based PR professional, Karen Chen is a regular moviegoer who chooses to watch films based on either the word of mouth it gathers or its storyline. Post Dangal, she claims herself to be an ‘Aamirian’.

According to Chen, Secret Superstar‘s success is no surprise. The film’s mother-daughter angle seems to have been high on relativity among the audiences. When asked about why she loves Aamir’s work, she tells us:

“He always not only entertains his audience by his work but also delivers more information which is worth thinking [about] after watching the film.”

“With Satyamev Jayate as a celebrity too he is trying his best to make India or even the world to be a better place to live.”

One of the most interesting points that came across during our interaction with Chen was how even the behind-the-scenes videos released by the makers have an impact. Fans mingle with their celebrity news personally and an example of that was here:

“Before I saw Dangal. I was trying hard to lose weight then Dangal’s making video really inspired me a lot.”

Watching your 50 something idol take massive efforts and change himself physically for a film is inspirational. And who knew Aamir would make this huge an impact on Chinese fans?

Looking at the way the sun has smiled for Secret Superstar, it is quite clear that Aamir’s next, Thugs Of Hindostan could be an even bigger hit in the Chinese markets.

An action adventure, the film is being mounted on a large scale and Aamir is even seen in an altogether new look for the film.

Whether Thugs Of Hindostan will go beyond Dangal’s success in China is now left to see. The film will be releasing in December 2018.