Zaira Wasim is the Rising ‘Secret Superstar’ of Bollywood

"As an actor, it was challenging because I personally could not relate to Insia"

Zaira Wasim’s second film as an actress, Secret Superstar, has received outstanding reviews worldwide and has brought the 17-year-old to the forefront in Bollywood.

Following her stellar performance in the Aamir Khan production, the Dangal actress has become a household name. And it is remarkable to see Wasim break into the film fraternity at such a young age.

DESIblitz caught up with the young starlet to discuss more on her career and acting experience in Advait Chandan’s directorial debut, Secret Superstar. 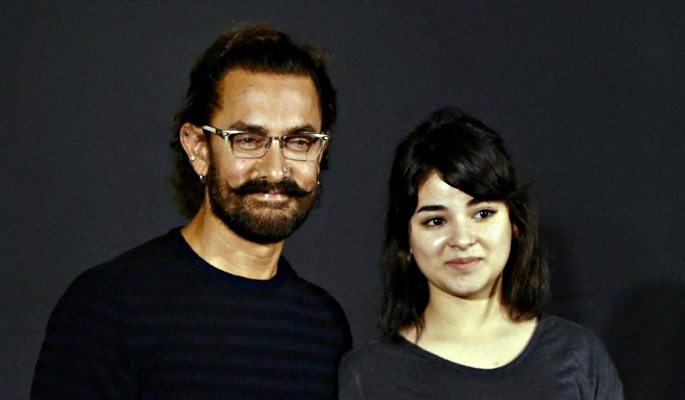 At a recent promotional event, Aamir stated: “If you ask me who is the finest actor in the Hindi film industry today, I would say Zaira. She’s absolutely amazing.”

Before her Bollywood debut, she featured in few television advertisements until a casting agent from Mukesh Chhabra’s team came to her hometown, Kashmir, to find an actress for Dangal.

Successful in her audition against 19,000 other girls, Wasim was selected as the younger character of the wrestler, Geeta Phogat. Meanwhile, in the middle of shooting Dangal, there were also auditions for Secret Superstar.

Although advertisements highlighted an actress who could also sing, Zaira just gave her lines and performed. With the stroke of luck and talent, she got the part.

For an actor, it is a matter of privilege and honour work with Mr Perfectionist himself. The fact that Zaira has worked with him in two of his projects is a major accomplishment.

In this film, Aamir plays a quirky music producer – Shakti Kumaarr – who becomes a supportive figure in Insia’s life. Bearing this in mind, how much of a mentor was Aamir in real life?

“I’ve learnt a lot of thing from him ethically. Of course, not only as an actor but as a person I’m really fond of him. One thing that I have learnt from him is that there is no definition of perfection. You can always do good or better.”

It is common knowledge that Aamir is quite serious when it comes to acting, although Zaira feels that Khan’s name ‘Mr Perfectionst’ should actually be ‘Mr Passionate’:

“He [Aamir] is so passionate about his work. He takes a step further than his actual capability, that’s his dedication. He just wants to give the best.”

Despite this, Khan ensured that Zaira looked convincing enough for the role of a singer.

In preparation for the character, Wasim even spent time learning the guitar, which she calls “a fun experience”. 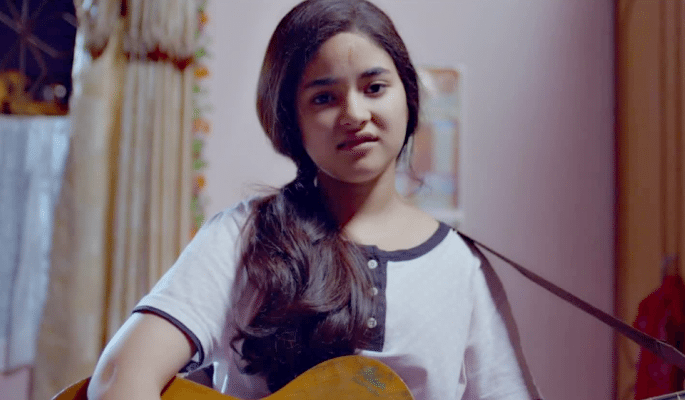 In Secret Superstar, Zaira plays a teenager named Insia, who conceals her identity on becoming an internet singing sensation because her father disapproves of this profession.

Within the film, one sees Wasim frustrated, resulting her to break a bucket and burst into tears. The character is very emotional yet powerful.

For any actor, it is challenging to understand the depth of intensity within such a role. Even more so, because what Insia goes through in the film, actually happens in our society.

Zaira tells DESIblitz how tough it was to undergo such a role:

“As an actor, it was challenging because I personally could not relate to Insia or her surrounding. This is why I feel the role was challenging and emotionally taxing for me.”

“I had not experienced [what Insia goes through] and as an actor, you need the relevant emotion to get into the space of the situation which I didn’t have. I had to build that emotion and can get quite difficult to get out of that zone.”

Underlining the serious and harrowing angle to the narrative, one of the most endearing factors about Secret Superstar is the mother and relationship that is established on-screen.

Seeing how supportive the mother is in the film, we ask Zaira about the real-life relationship with her actual ‘Ammi’:

“I share a strong bond with my mother and for the past 2-3 years, since I’ve entered this line [career], our bond has grown stronger because my mother is always around me. Whether I’m on-set or giving interviews. I’ve got to spend a lot of time with her since I started working.”

Gaining Fame at a Young Age 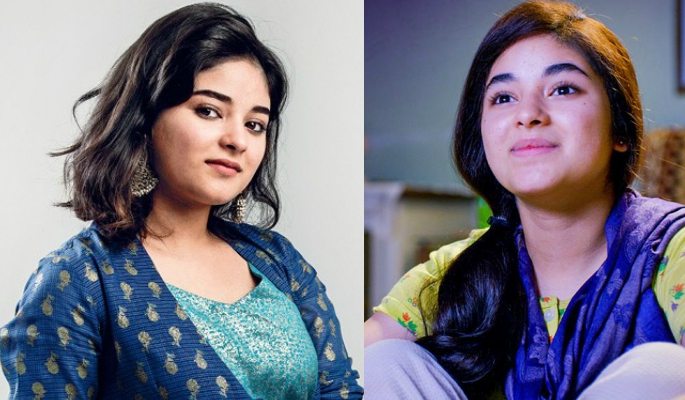 Zaira’s immediate family was against her profession of acting in films, but her school principal and aunt convinced her parents to allow the 17-year-old to follow her passion.

Even though she had fantastic acting opportunities lined-up, Wasim passed her secondary school education, allowing her to concentrate more on her acting career.

Like Zaira, there have been several children and juvenile artists who have made an impact in Bollywood. Aamir Khan, in particular, has always harboured budding actors.

After Taare Zameen Par’s Darsheel Safary and Tanay Chheda, Zaira Wasim is another name that can be added to Aamir’s guild of young and upcoming talent.

Undoubtedly Zaira has been embraced with wide arms by the audience and film industry and she claims that it is quite overwhelming. Is receiving fame at a young, pressure or pleasure?

“It can get intimidating at times if you don’t have the right balance. I don’t make plans but what I truly believe in is having your priorities set straight, knowing the difference between right and wrong and not being delusional or impractical. This is what helps me to be a better person and artist.”

Currently, the actress is simply ‘living the moment,’ as the film is receiving a highly positive response. Zaira tells DESIblitz that she has no projects in the pipeline and is, therefore, keeping an open mind.

Listen to our full interview with Zaira here:

On the whole, It is wonderful to see a fledgeling talent like Zaira Wasim stride her way into Bollywood. Not only has she conquered hearts with her performances, but it seems like she is perfectly moulded to be a superstar.

A film like Secret Superstar is not just a coming-of-age venture, but it is a movement which challenges the conventions and orthodox nature of our Desi society.

The fact that Wasim has portrayed such a mature role with sense and sensibility, she has proven to be a spark amongst many stars in Bollywood.

DESIblitz wishes Zaira Wasim all the best in her filmy and life journey.

Anuj is a journalism graduate. His passion is in Film, Television, dancing, acting and presenting. His ambition is to become a movie critic and host his own talk show. His motto is: "Believe you can and you're halfway there."
Vidya Balan fulfils Dreams with Domesticity in Tumhari Sulu
Deepika Padukone is Top Bollywood Star on Instagram