Thugs of Hindostan: Where did this Film go Wrong?

Thugs of Hindostan had a tremendous hype surrounding it, but post release, it has not lived up to expectations. What went wrong for the film?

"This is Pirates Of The Caribbean without a pirate or Caribbean."

The all star-cast led Bollywood film Thugs of Hindostan (2018) was one of the most-anticipated movies of the year.

However, since the film has been released, it has not lived up to expectations. The film stars Aamir Khan, Amitabh Bachchan, Katrina Kaif and Fatima Sana Shaikh in leading roles.

Thugs of Hindostan released on November 06, 2018, opening up to great numbers at the box-office.

The Vijay Krishna Acharya film has continually gone on a decline, and the current earnings stand at Rs 123 crore (£13,105,650).

With a downward trend occurring, where did this film go wrong? It had all the makings of a hugely successful film, from its powerful star cast to the large-scale of the film.

The coming-together of legends Amitabh Bachchan and Aamir Khan was a massive talking point also.

Nonetheless, several factors could be taken into consideration for the underwhelming success of the film. 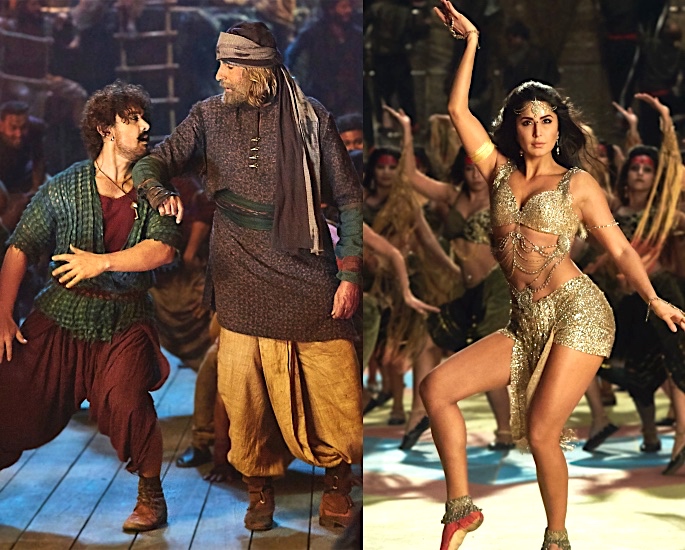 The plot of the film sees the British East India Company having taken control of India in 1795.

Not going down without a fight, a group of ‘Thugs’ led by Amitabh Bachchan’s character go to war against them.

The plot of the film has been heavily criticised by critics and fans. Film critic Rajeev Masand explains:

“Thugs of Hindostan is a joyless slog in the guise of a movie.

“Not every film needs to be uplifting, inspiring or even fun. But watching a movie shouldn’t feel like you’re serving a jail term either.”

Rajeev states that the plot is outdated and the script is poor. He continues:

“The biggest disappointment, without question, is the wasted opportunity of a plot that squanders the possible chemistry between Bachchan and Khan.”

Those who have watched the film have stated that Katrina Kaif’s character is barely in the film.

“No offence to Katrina Kaif, but the movie would be no different without her character in it at all.

“In fact, I might have felt a bit better about it having not had to sit through the song Suraiyya.”

A Copy of Pirates of the Caribbean

Ever since the film’s trailer has been released, it has been argued that Thugs of Hindostan is a copy of the Pirates of the Caribbean series.

It has also been suggested that Aamir Khan’s character Firangi is a replica of Jack Sparrow.

Fans have been expressing their opinion about the similarities between the two. A Twitter user tweets:

“Thugs of Hindostan is an Indian version of Pirates of the Caribbean, the only difference being it steals our money, peace and patience.

“TOH will cure insomnia, should be shown in hospitals, not in theatres. Colossal disaster is an understatement.”

A review by Hindustan Times referred to the film as a knockoff Pirates of the Caribbean (2003). Raja Sen states:

“This is Pirates Of The Caribbean without a pirate or Caribbean.”

“In this 1810-set adventure, Aamir borrows the Jack Sparrow eyeliner, while Amitabh is literally given the bird, his entrances on screen preceded by a noisy hawk.” 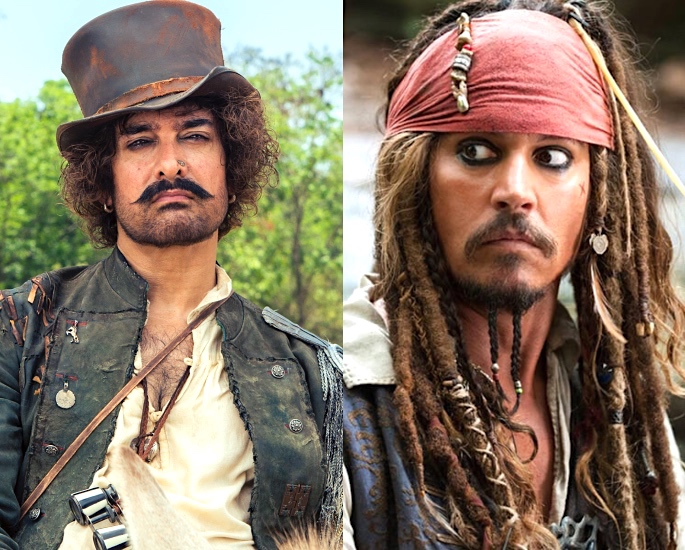 Having hit after hit, their films have done well at the box-office. However, in 2017 and 2018, we have seen a big contrast.

And now it seems it is Aamir Khan’s turn.

Although the star appeal of these actors is undeniable, fans have shown that content is key.

Younger stars such as Ayushmann Khurrana, Vicky Kaushal and Rajkummar Rao are bringing in big numbers with their content-driven films.

A big reason for this could be word of mouth. Audiences who had seen the film on its first day, have not had a positive reaction.

Besides this, critics and users have not given the film a high rating, putting off people from watching it.

A review by The Economic Times reported:

“Thugs of Hindostan may be a good-looking film but a poor screenplay ensures that the film is always on choppy waters.

“The ensemble cast can do little to save this drowning ship.”

“Thugs of Hindostan is probably the first time I’ve seen the audiences to be more angry at a bad film than critics.”

Thugs of Hindostan is probably the first time I've seen the audiences to be more angry at a bad film than critics.

“Hugely disappointed. Flop of the year! #ThugsOfHindostan will compete with Manojkumar’s #’Kranti’ & it was much better!! Zero star.”

Hugely disappointed. Flop of the year! #ThugsOfHindostan will compete with Manojkumar's #'Kranti' & it was much better!! Zero star. pic.twitter.com/a3ac1r6x4F

There was high-expectation surrounding this film, as Aamir Khan’s previous films have done amazingly.

At the time, it emerged as highest-grossing Indian film of all time. However, Aamir Khan broke his own record with his next film Dangal (2016).

Due to the massive success of Aamir’s previous films, it was expected for this film to carry on the momentum.

Despite the failed response to Thugs of Hindostan, 2018 has had plenty of commercially successful films.

There are some big releases still to come in 2018  Akshay Kumar and Rajinikanth’s 2.0 is releasing in November 2018.

As for Thugs of Hindostan (2018), actors, producers and directors can learn a lot from what went wrong with this film.

It will be interesting to see what the lifetime collection of Thugs of Hindostan will be.

Hamaiz is an English Language and Journalism graduate. He likes to travel, watch films and read books. His life motto is “What you seek is seeking you”.
10 Real Life Bollywood Couples Who were On Screen Jodis
Bollywood showers Tributes for Marvel’s Stan Lee