Shah Rukh Khan celebrates his 53rd birthday with the trailer release of his much-anticipated film Zero. A grand event was hosted to launch the trailer.

"Having a Happy Birthday. Thank u all...for this amazing love."

The hard-working actor had a working-birthday by attending the grand trailer launch hosted in Mumbai.

Khan’s co-stars Katrina Kaif and Anushka Sharma were also in attendance for the launch.

The trailer of the film surely does not disappoint, with its superb dialogues and amazing acting by the three lead stars.

It shows a love-triangle between the characters of Shah Rukh, Anushka and Katrina.

The trio previously came together for Jab Tak Hai Jaan (2012).

However, Singh meets his favourite actress played by Katrina Kaif and his life changes.

The trailer is truly a visual masterpiece, which shows Bauua defying the odds of a vertically-challenged man.

Fans went on social media to share their excitement after watching the trailer. One user expressed:

“After watching the trailer of #zero @iamsrk this is sure that this is going to be a mega blockbuster.”

Whilst another user said: “OMG ! What a trailer and what a transformation. Hat’s off @iamsrk Sir.”

As well as the trailer release, Shah Rukh did make time to celebrate his birthday with family and fans, as he does every year. 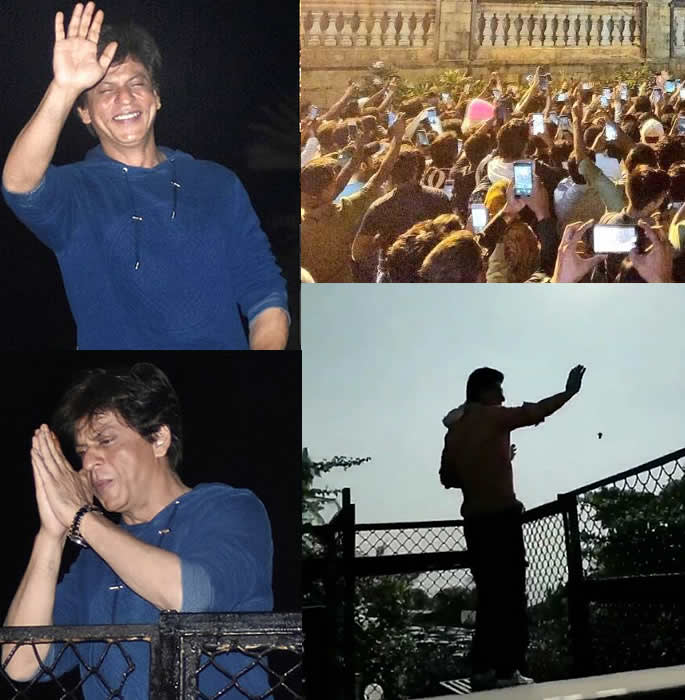 He greeted his fans outside his home who waited with their phones to get a sight of the star at his residence Mannat.

Khan went on Instagram to reveal a glimpse of his celebrations.

He was seen feeding cake to his wife Gauri Khan and greeting fans outside his residence, Mannat. The star wrote alongside it:

“Fed cake to wife..Met my family of fans outside Mannat…now playing Mono Deal with my lil girl gang!

“Having a Happy Birthday. Thank u all…for this amazing love.” 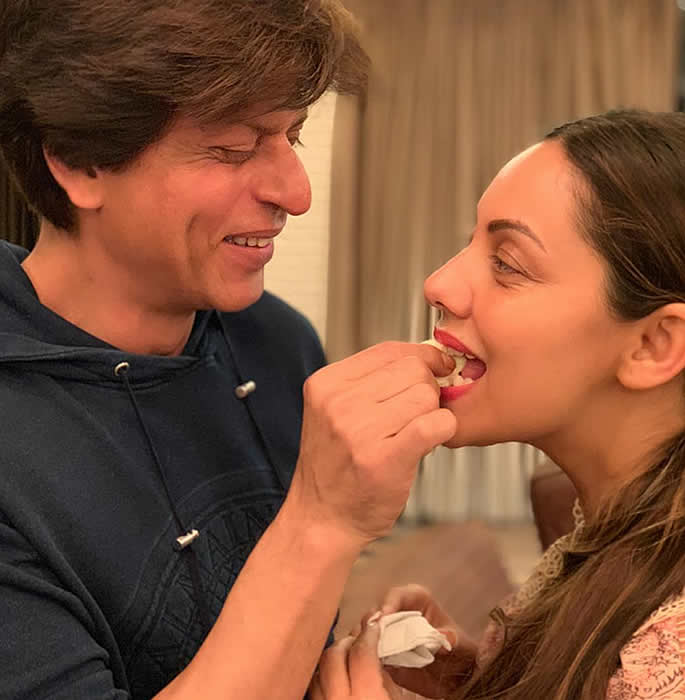 The makers of Zero had been ramping up the excitement for the trailer launch by releasing posters of the film a few days earlier.

One poster shows Katrina’s character leaning in to kiss the dwarfy character of Shah Rukh.

Kaif is looking dazzling in a seductive red dress, whilst Khan’s character seems quite bewildering.

Another poster shows Anushka’s character in a wheelchair, with Bauua perched up next to her.

The two look happy in each other’s presence. 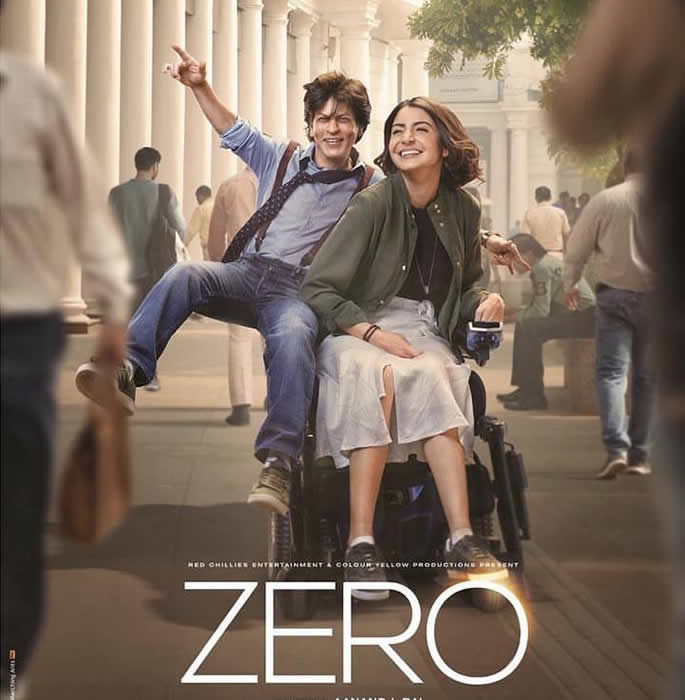 Finally, a third poster was released by director Aanand L Rai, to celebrate the occasion of Shah Rukh’s birthday.

The poster focuses entirely on the character of Bauua Singh.

The character is seen walking down the middle of a street, wearing a vest, striped boxers and a garland made of currency notes. 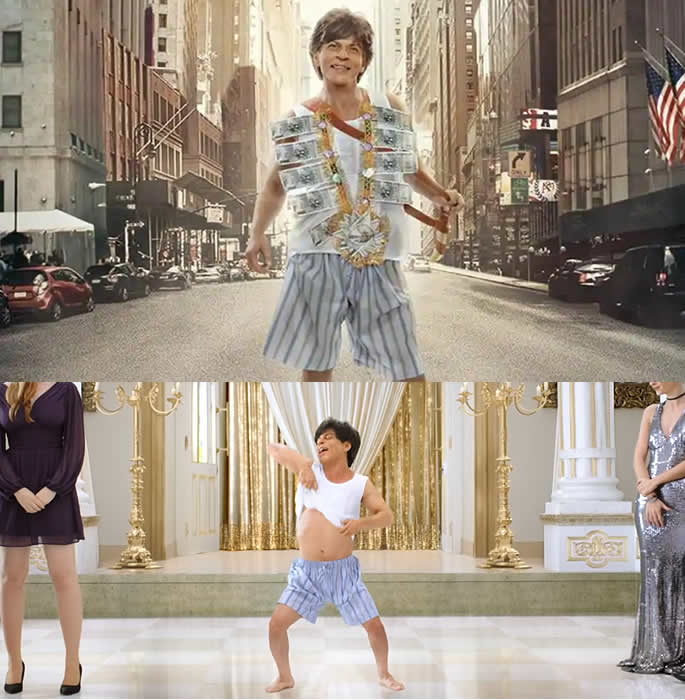 The promotional strategies from the makers have a peaked buzz for the release of the film.

During Eid al-Fitr 2018, a short teaser of the film was released.

Shah Rukh took out time to show the trailer of Zero to his industry friends before it was released to the public.

SRK went on Instagram, posting a picture of him and his fellow superstar friend, Aamir Khan.

The two are seen embracing in a hug with the caption saying: “Hug from the Thug….!! Beat That!”

After watching the trailer, Aamir posted his thoughts on Twitter:

“Guys, I just saw the trailer of Zero. Just one word… OUTSTANDING!!! Congratulations @aanandlrai ! #Katrina is fantastic! @AnushkaSharma is unbelievable! @iamsrk, you have outdone yourself! Can’t wait to watch the film! Love. a.”

A close friend of Shah Rukh’s, Karan Johar also shared his delight after watching the trailer. He said:

“The trailer of #ZERO has BLOCKBUSTER written all over!!!! The fantastic @iamsrk is the most endearing character of his career!

“The always brilliant soulful @AnushkaSharma and watch out for the intro shot of #KatrinaKaif and her impact in the trailer!!!! This ones a whopper!.”

“Wishing my dear friend, a very Happy Birthday! @iamsrk may you have an even more successful year ahead!

“Sending you best wishes & vibes today and always! Looking forward to see you create magic again on screen in #Zero.”

“Wishing you all the love & success. I hope you have a wonderful year ahead!” 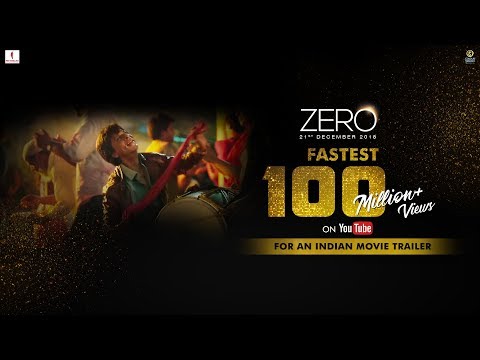 It seems that both fans and the film fraternity are excited about the trailer and much-anticipated release of Zero.