ZERO: A Fun Loving Teaser with SRK and Salman Khan

Salman Khan joins Shahrukh for a fun dance session in the eye-popping teaser for upcoming blockbuster Zero. Watch the two show off their dance moves here!

Bhai of Bollywood, Salman Khan dances with Shahrukh Khan in the teaser for the upcoming film, Zero.

The Red Chillies Entertainment movie, which is SRK’s next big release of 2018, welcomes a fun cameo by Salman.

In the short clip of 1 minute and 20 seconds, we see SRK in the avatar of a man of short stature. Playing Bauua Singh, Shahrukh enters the arena of a dance competition and finds himself in the midst of a huge crowd.

Overhead, commentator Javed Jaffery booms: “I walked alone towards my destination, People kept joining and the caravan kept growing… There are so many people who have joined us too… And they are waiting for someone.

“Someone who’s cool… who’s hot… what all and what not!

“Get ready with your body, mind and soul… for the most loveable guest, an icon amongst the fearless, the tiger amongst the braveheart… Like a full moon on the night of Eid… Salman Khan!” 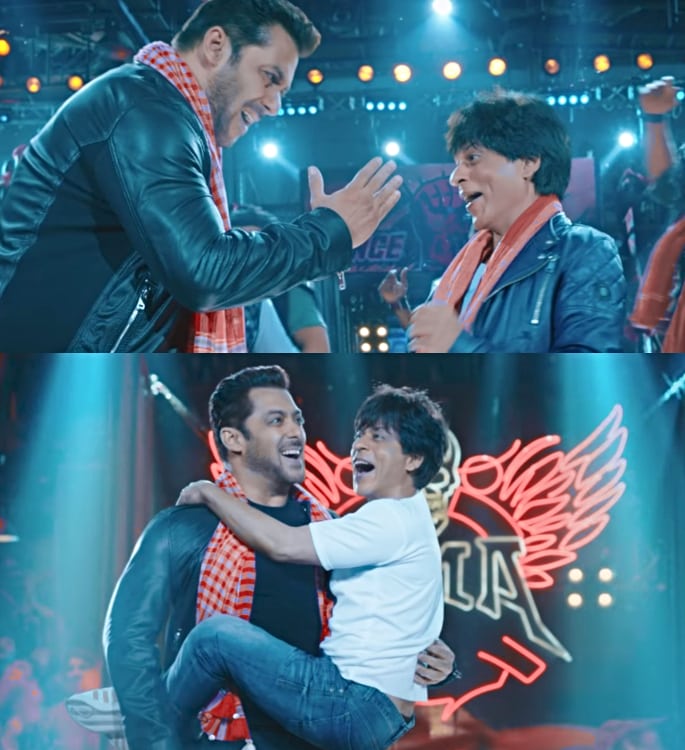 As SRK begins to think the crowd is cheering for him, behind him appears a bearded Salman in a cool leather jacket.

“Wah, Bauua Singh, I have heard that you are life-changing for people you chase!”

The clip then shows Salman and Shahrukh dance on stage together as the crowd cheer them on. After some classic Bollywood dance moves and an impressive cartwheel, SRK jumps into Salman’s arms and kisses him on the cheek. 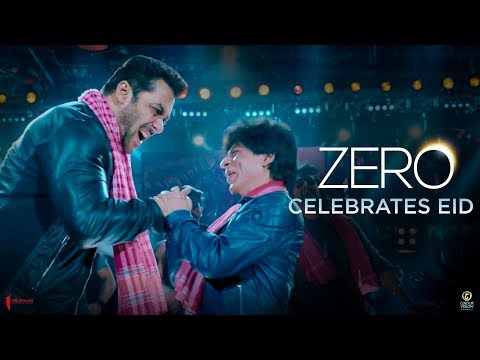 The adorably fun teaser has been launched in the run-up to Eid and has already gone viral since it went live on YouTube on 14th June 2018.

Fans of both Shahrukh and Salman are ecstatic to see their favourite stars on screen together. With Zero showcasing SRK in a totally new light, many have been eager to see more of him in the upcoming film.

Interestingly, this clip will also be attached to Salman’s big Eid release, Race 3, which will be showing in cinemas from 15th June 2018. 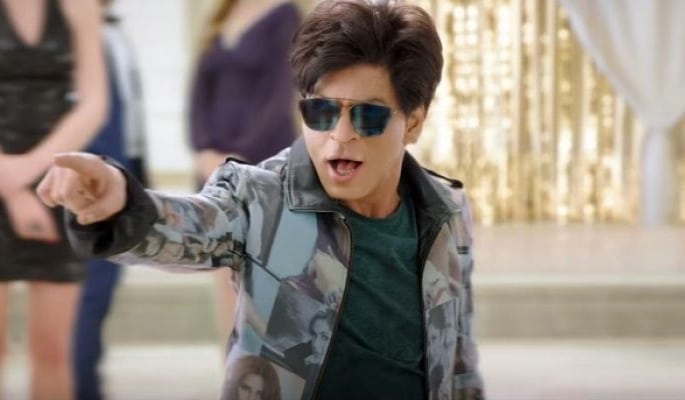 Prior to the teaser’s release, SRK, who is currently in the USA, tweeted his own excitement, writing:

“Waiting for the link to reach us so that we can put the Zero Teaser out. @aanandlrai & me waiting on the streets of America to wish Eid to everyone. Just a few moments more!!! #ZeroCelebratesEid.”

Waiting for the link to reach us so that we can put the Zero Teaser out. @aanandlrai & me waiting on the streets of America to wish Eid to everyone. Just a few moments more!!! #ZeroCelebratesEid pic.twitter.com/ps2hji0PGb

Directed by Anand L. Rai, the film stars SRK in the lead role alongside Anushka Sharma and Katrina Kaif. Kaif plays a popular actress, who Khan falls in love with. Anushka reportedly plays a failed scientist with an “intellectual disability”.

As one can imagine with a big Red Chillies Entertainment film, Zero will also feature a number of cameos from some of Shahrukh’s closest friends, in addition to Salman.

On the movie’s release, fans can also anticipate special appearances from the likes of Deepika Padukone, Alia Bhatt, Karisma Kapoor, Kajol, Rani Mukerji and even the late Sridevi.

The film is produced by Khan’s wife Gauri Khan. Reportedly, the movie will include some of the best visual effects that have ever been used in an Indian film.

Zero will release in cinemas on 21st December 2018.

Aisha is an editor and a creative writer. Her passions include music, theatre, art and reading. Her motto is “Life is too short, so eat dessert first!”
19th IIFA 2018 Awards to Take Place in Bangkok
Race 3: Get Ready for a Thrill Ride with Salman Khan