The 53rd Filmfare awards took place in Mumbai, India. Celebrating the achievements of the stars of Bollywood mixed with lots of high octane entertainment.

One of the biggest awards ceremonies of the Bollywood year, the Filmfare awards once again took place on 23rd February 2008 at Yash Raj Studios in Andheri, Mumbai, India.

The 53rd ceremony attracted stars to the red carpet and produced a night of entertainment and celebration of acting performances and work recognised worthy of winning an award. 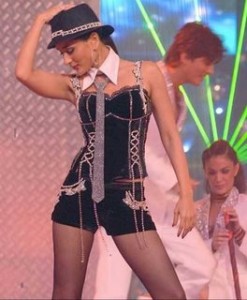 The event had its stars of the night with Shahrukh Khan and Saif Ali Khan giving high entertainment value to the show, Akshay Kumar with a blitzing performances with songs like Hay Babby and Kareena Kapoor performing in a caberet style number full of glitz . Others showing their support were John Abrahams, Ranbir Kapoor, Rishi Kapoor, Priyanka Chopra, Bipasha Bassu and Preity Zinta.

Some major names did not attend the event including The Bachchans, Salman Khan, Katrina Kaif, Hrithek Roshan and Rani Mukherjee. Aamir Khan as always did not attend despite winning the best film and director categories.

Here is a list the key winners of the 53rd Flimfare Awards.

So, the night yet again had its winners and losers. Giving newcomers and established stars a chance to show their worth in the Bollywood film fraternity.

Amit enjoys creative challenges and uses writing as a tool for revelation. He has major interest in news, current affairs, trends and cinema. He likes the quote: "Nothing in fine print is ever good news."
Karan plays it Saif with Kareena
Amrita Rao in love?