Bombay Velvet ~ Where Did It Go Wrong?

Despite huge expectations for Anurag Kashyap’s period noir film and his star cast, Bombay Velvet scored a record low at the Box Office. But is this flop a fair judgement? DESIblitz analyses where it all went wrong.

"This is the film I wanted to make and I am glad I got to make it."

A star studded cast, a film that’s been in the news for years for its huge production and touted as one of the most anticipated films of 2015; Bombay Velvet was a film that one would have expected to have made 100 crore easily.

However, after a dismal first weekend, the film will struggle to even make 50 crore mark. So, where did it go wrong?

Bombay Velvet narrates the story of Johnny Balraj (Ranbir Kapoor), a street fighter that dreams of breaking free from his struggles to become a ‘big shot’.

He falls in love with jazz singer Rosie Noronha (Anushka Sharma) and their romance is electrifying and intense. 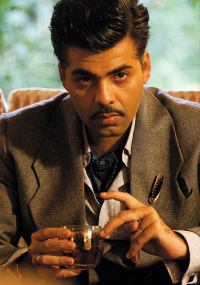 Balraj gets his chance of being a big shot when pro-capitalist Kaizad Khambatta (Karan Johar) makes Balraj the manager of jazz club, ‘Bombay Velvet’.

This all occurs in the backdrop of the 1960s where plans unfold of developing a Manhattan-like skyline in Bombay.

The expectations of Bombay Velvet were immensely high. The biggest reason being that it was Anurag Kashyap’s grand vision.

It was film that was created with such sharp detailing and dedication. It took 8 years of research and writing, and spent over 2 years in production.

It required 10,000 kilos of costumes, more than 200 vintage cars, more than 600 crew members daily, and 10 months of making an 18 acre set in a national park in Sri Lanka. Anurag and his production team were meticulous and ambitious in perfecting this visual masterpiece.

However, come the first Friday of its collection, the ambition sunk as the film collected a meagre 5 crore on its first day. The weekend collection followed suit with a total weekend of 16.1 crore.

This is considerably lower than Ranbir’s other first day collections. Even his biggest flop yet, Besharam, collected 21.56 crore on its first day. Trade analysts did not hesitate in calling it a disaster within the early hours of its release, but did the film really deserve such a poor fate?

The truth is, no, it did not. Whilst the negative aspects were magnified, there are a lot of positive aspects, which were quickly concealed. The expectations were so high that it cannot be considered a terrible film, but simply one that did not stand up to our expectations of what we thought Bombay Velvet would be.

Ranbir Kapoor as Johnny Balraj is one of his finest performances yet, after Rockstar and Barfi. He gets the nuances of the character just right and his goofy grin stays with you.

He shares a sizzling chemistry with Anushka Sharma, who dazzles as a jazz singer and impresses as a vulnerable character. 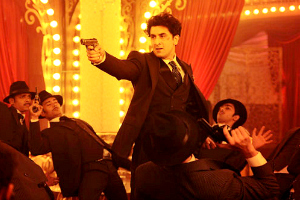 Karan Johar makes a fabulous debut in the film as the stylish antagonist, Kaizad. One actually cannot imagine anyone else playing the role apart from him.

What cannot be concealed though is Bombay Velvet’s biggest flaw – its screenplay.

There are so many plots and characters being introduced at the same time that it is not gripping for the audience, instead making it difficult and tiring to follow.

The screenplay is disjointed, chopped about too much and meanders aimlessly. The narrative moves so abruptly that none of the characters are given time to develop. This makes the film not as coherent as it should be. 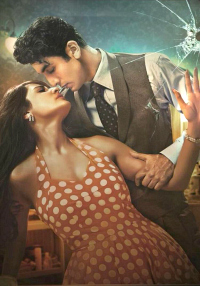 The aftermath of the film has probably been more tragic than the end of the film. Bombay Velvet was an ambitious project in which many people had invested their time, heart and money into making.

With money being the most damaging consequence, and for the film not to get the due credit it deserved, must have been upsetting for the whole team.

After the film’s release, Anurag expressed how he felt on his Facebook page: “Maybe our experimenting with the narrative didn’t work for most but I firmly believe in the film.

“This is the film I wanted to make and I am glad I got to make it. I am very happy that all those who have been part of this journey firmly stand with it.”

He also reveals that there is no regret with making this film:

“No I am not depressed or hiding, this has taught us alot and is my absolute personal favourite, there have been no regrets whatsoever.”

But what does yet another flop mean for Ranbir Kapoor’s career? Has the back to back box office failures of Roy and Besharam made the audience sceptical of Ranbir’s films?

With two more releases this year, Jagga Jasoos and Tamasha, let’s hope that they can revive his box office status.

The most affected has to be Fox Star Studios who have invested over Rs 100 crore in the period noir film. Given the pace of the film at the box office, it seems unlikely that the film will even recover its money. It is already rumoured that the exquisite costumes of the film will be auctioned in an attempt to recover the production costs.

Bombay Velvet was flooded with huge expectations that it did not live up to.

But, taking its flaws out of the picture, Bombay Velvet is a film that people should see for its exquisite production and great performances.

However, with such an abysmal box office collection, it is unfortunate that many may not even give it a chance.

Sonika is a full-time medical student, Bollywood enthusiast and lover of life. Her passions are dancing, travelling, radio presenting, writing, fashion and socialising! “Life isn’t measured by the number of breaths taken but by moments that take our breath away.”
Salman and Kareena return from Kashmir
Is Salman Khan’s Case a Mockery of Indian Justice?