Is Salman Khan’s Case a Mockery of Indian Justice?

It’s business as usual for Salman Khan following his culpable homicide trial and jail suspension. Having got off relatively lightly, what message is India’s judiciary system sending out to the world? DESIblitz explores.

"All those prayers, fasts. I don't know if I deserve all that."

In his first public appearance with the media since his jail suspension, Salman Khan broke his silence to talk about tourism in Kashmir on May 18, 2015.

Having travelled straight back to the stunning province following his court case on May 8 to finish filming his latest movie Bajrangi Bhaijaan, Khan struggled to divert attention from recent events.

He began by thanking his fans when he said: “I owe them a lot…all those prayers, fasts. I don’t know if I deserve all that.”

But the actor quickly commented: “My problems are too small to talk about. We are here to talk about tourism and let’s focus on that.” 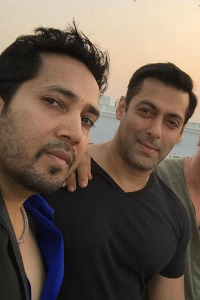 Within a 48 hour period Salman Khan was sentenced to 5 years imprisonment for the culpable homicide of Nurullah Sharif (13 years after his death), only to have his sentence quickly suspended.

Khan’s appeal will see the case drag on and possibly result in him walking free should the case be thrown out.

We have to ask: is Khan making a mockery of the Indian judicial system by suggesting justice for the death of a homeless man is ‘too small’ in comparison to the topic of tourism in Kashmir?

News of his suspended jail sentence on May 8th caused a social media frenzy with loyal fans who stuck by their ‘Sallu Bhai’.

Bollywood celebs also showed their support for his suspension, although in a more toned down manner from that of his initial sentencing.

Having learnt from angry reactions to ‘distasteful’ comments from singer Abhijeet and jewellery designer Farah Ali Khan, singer Mika Singh was one of the first to comment:

My best wishes to big brother @BeingSalmanKhan and I’m 200% sure God will help the man who always helps others. Keep praying 🙂

Some public reaction however expressed dismay:

The outright disregard for taking a human life is stomach-turning. @BeingSalmanKhan killed a man. He KILLED A MAN! https://t.co/q2uZgieiz0

Regardless of the case details, once a verdict has been passed would any judge in a ‘western’ court grant such a quick suspension?

Whether the homeless Sharif should have been sleeping on the pavement or not, this was a hit-and-run crime.

Salman Khan did not wait for the police to arrive after running over Sharif. Nor did he try to help the four others he had injured.

His decision on September 28, 2002, to leave the scene of the crime was described by the judge as both ‘rash and negligent’.

Khan pleaded not guilty to the charges, testifying that his driver was at the wheel. The court’s verdict however, was that Khan was the driver and was under the influence of alcohol. 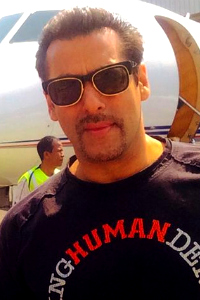 Khan already had another pending court case over allegations of poaching protected blackbucks in 1998.

Crash survivors continue to live with their longstanding injuries. Whilst waiting 13 years for some kind of compensation and recognition that they were indeed victims of a crime, their anguish lingers on.

In comparison, Khan has in that time, built on his already successful career, netting box office millions.

So, how much of a role model is Khan?

Was it any coincidence that his ‘bad boy’ image faded as he became a ‘reformed character’ following the incident, aware that several cases were looming against him?

On the other hand his ‘reform’ has brought about his Charitable Trust, Being Human, which helps thousands of underprivileged people in India and and around the globe.

His new image of a ‘humble humanitarian’ extends within and outside of Bollywood. At the Kashmir press conference, he added:

“The people of Kashmir are extremely beautiful, gentle and well mannered, I enjoyed shooting a lot here. Insha Allah I will return to Kashmir.”

So, should we now excuse his past behaviour? Is Bollywood somehow above the law?

Khan broke from filming Bajrangi Bhaijaan to attend court for his hearing. He resumed shooting in Kashmir right away following his suspension.

The case had such little impact on Khan’s schedule that the film is still on target for its original July 2015 release.

Unfinished films mean big losses for investors, with many arguing that the Indian economy could suffer as a result of their most lucrative star being behind bars. 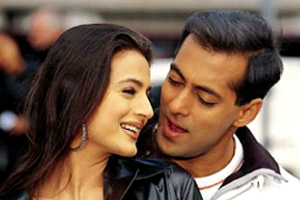 His last movie Kick grossed in the region of Rs. 380 Crore worldwide (approx. over £40 million).

With that kind of money at stake and so many jobs on the line, is Salman Khan just like Britain’s banks – too big to fail? It is hard to imagine this kind of legality carried out elsewhere.

The Bollywood industry is a close knit fraternity and there is no doubt Salman Khan has a major influence on so many careers.

Khan’s global fan base makes him an undeniable ‘cash cow’, filling money into the pockets of so many within the Indian film industry, and this might explain why nobody within Bollywood will break ties with him.

So happppppy to hear the good news that @BeingSalmanKhan has got bail . Prayers of all have been answered

In recent years, Salman’s movies have been marketed to coincide with Eid which has become a colossus money spinning annual event.

The star has also been confirmed by organisers to attend the first ever Arab Indo Bollywood Awards in Dubai on May 29, where he will perform – just three weeks after he was charged with culpable homicide.

With this kind of money-spinning power, the debate arises as to whether other members from within Bollywood were right to publicly comment before and during the case, and did they bear any influence in the abrupt suspension that resulted?

As Khan’s celebrity status brings India’s judiciary system under global scrutiny, this is fast becoming a Bollywood court case in every sense.

Just like some of his other super hit movie franchises, it seems a further instalment is yet to come.

Bipin enjoys cinema, documentaries and current affairs. He writes silly rhyming poetry when free, loving the dynamics of being the only male in the household with his wife and two young daughters: “Start with the dream, not the barriers to fulfilling it.”
Bombay Velvet ~ Where Did It Go Wrong?
Asians win Top Prizes at 68th Cannes Film Festival