“It's seamless to watch three strangers forced to travel to a foreign land and learn to love each other.”

The 68th Cannes Film Festival was a double victory for Asians as they took away film prizes and rocked the red carpet.

While Aishwarya Rai Bachchan and Vicky Kaushal showcased the best of Desi fashion, Asian filmmakers and actors were recognised for their artistry.

First-time director Neeraj Ghaywan won the Joint Promising Future Prize for Masaan (2015). He is reportedly the first Indian director to bag the award.

Masaan also won the FIPRESCI award given by the International Federation Of Film Critics, which was announced at Cannes.

Neeraj, who received a standing ovation, was absolutely ecstatic to achieve this for himself and India:

2nd award for India!! #MASAAN MOST PROMISING NEW COMER! See @anuragkashyap72 what your mentorship has got me to! pic.twitter.com/ToQ7IQjzrw

Dheepan (2015), a story that centres around a Sri Lankan refugee in France, scored the highest honour at Cannes.

The film is directed by Jacques Audiard, nicknamed the ‘French Martin Scorsese’. He thanked Michael Haneke ‘for not making a film this year’, as he previously lost the top prize twice to Michael.

Chauthi Koot (2015) also joined the cut-throat competition. Though it did not walk away with any sparkly trophies, it is not every day that a Punjabi film is presented for an international jury.

But his attempt to depict the talented and controversial singer in AMY (2015) sparked an off-screen battle with her family.

Speaking on behalf of the family, a spokesperson criticised the film as ‘a missed opportunity to celebrate her life and talent and that it is both misleading and contains some basic untruths’.

In defence of his approach and research, Asif said: “The film had to be honest to her. And that’s what we’ve tried to do.

“It wasn’t the intention to upset anyone, but just to show what was going on in her life.”

Check out what the critics have to say about these remarkable films:

Jake Gyllenhaal (juror): “The idea that runs through was pretty invigorating for me. Over the course of two hours, it’s relatively seamless to watch three strangers forced to travel to a foreign land and learn to love each other.”

The New York Times: “Mr. Singh’s work is very much within a distinct art-film idiom. His mentor was the Indian filmmaker Mani Kaul, whose films are, in the United States…best known in the academic, festival and museum worlds.”

The Guardian: “It is an overwhelming story, and despite everyone knowing the ending, it is as gripping as a thriller: Kapadia has fashioned and shaped it with masterly flair.” 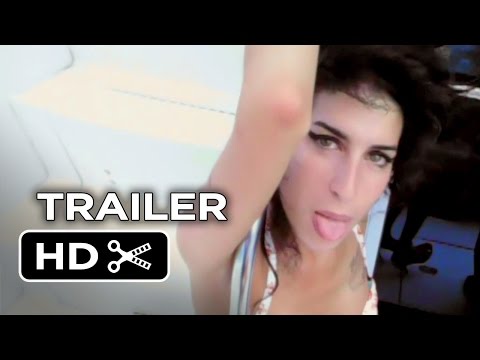 Here is the full list of winners at the 68th Cannes Film Festival:

IN COMPETITION FOR UN CERTAIN REGARD

DESIblitz congratulates all the winners and excitedly anticipates more Asian representation in international cinema for Cannes 2016!

Scarlett is an avid writer and pianist. Originally from Hong Kong, egg tart is her cure for homesickness. She loves music and film, enjoys travelling and watching sports. Her motto is “Take a leap, chase your dream, eat more cream.”
Is Salman Khan’s Case a Mockery of Indian Justice?
Art Malik joins Indian Summers Series Two