“I cannot wait to see the waves my Maharaja shall be making in Simla’s society.”

The True Lies (1994) actor has been cast as the Maharaja Maritpur, an important royal guest at Cynthia Coffin’s (Julie Walters) Royal Simla Club.

His character will play a central role in determining what direction Ralph Whelan’s (Henry Lloyd-Hughes) political ambitions will take.

Malik will also enjoy some delightful female company, as Australian actress Rachel Griffiths is set to play his mistress. 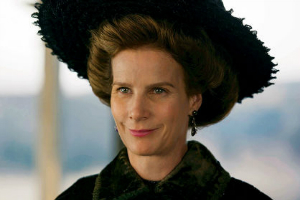 The Saving Mr. Banks (2013) actress will take the role of Sirene, an elegant and mysterious Australian mistress who hides a surprising past.

Art is very excited about the opportunity to play such a pivotal role in Indian Summers, Channel 4’s record-breaking period drama.

He says: “It’s wonderful and exciting to once again delve into this period in our history and of course to join such a fantastic cast is a delight.

“Paul Rutman has created the most vivid and evocative world and I cannot wait to see the waves my Maharaja shall be making in Simla’s society.”

His fellow new cast member is over the moon about getting involved in the critically-acclaimed drama set in the British Raj.

Rachel says: “I’m absolutely thrilled to be joining the cast of Indian Summers. I have been bingeing on UK television for the last ten years. I’m very excited to be on board such a beautifully made and relevant show.”

She continued: “Paul is an incredible creator and has created an intriguing and provocative strong character in Sirene. I am sure she will have the mountain gossips aghast.”

The second series, scheduled to air in early 2016, also welcomes two new Indian characters to be played by Sugandha Garg and Arjun Mathur.

Arjun will spice up the intricate relationships in the series, as his character Naresh is described as the unpredictable and volatile.

Indian Summers premiered on Channel 4 in February 2015 and attracted 5.3 million viewers – the highest for any UK drama launch by Channel 4 in over 20 years.

Over the course of 10 episodes, the first series drew an average of 3 million viewers and became Channel 4’s best performing British drama since 2002.

Filming for the second series, also spanning 10 episodes, is now underway. Set in the summer of 1935, it is expected to kick off with an assassination attempt that will throw Ralph’s future in the spotlight.

As it delves deeper into the characters’ past and India’s fight for independence, the series will unravel more political intrigue, terrorism, treachery, adultery and murder.

The second series of Indian Summers is planned for UK premiere in early 2016.

Images courtesy of Channel 4 and Cinemagia