Dev Patel has won ‘Best Supporting Actor’ at the 2017 BAFTAs for his role in Lion, beating the likes of Hugh Grant and Jeff Bridges for the coveted prize.

"It’s just such an overwhelming experience."

Dev Patel has won a BAFTA award for his role in Lion. Nominated alongside big names such as Hugh Grant and Aaron Taylor-Johnson, Dev Patel wins the award for ‘Best Supporting Actor’.

After Dev Patel’s name reveal, he appeared surprised and delighted with the news. At first, he struggled to find the words, saying it was “overwhelming”. He says:

“I sit at home and watch this with my family, who are here with me tonight. And it’s just such an overwhelming experience.”

Speaking about Lion, he says: “This film is about family, about a love that transcends borders, race.”

During the Golden Globes award ceremony, Dev Patel lost out to ‘Best Performance by an Actor in a Supporting Role’ to Aaron Taylor-Johnson won the award instead. He was also nominated for a Screen Actors Guild Award but lost out to Mahershala Ali for Moonlight.

Now, after his BAFTA win, Dev Patel may have a good chance of winning an Oscar on 26th February 2017.

Patel will be up against Mahershala Ali and Jeff Bridges again for ‘Actor in a Supporting Role’ at the Oscars. Lucas Hedges (Manchester By The Sea) and Michael Shannon (Nocturnal Animals) are also nominated. 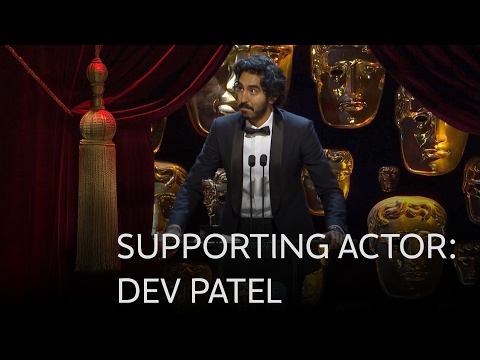 It was a successful night for the team behind Lion with two BAFTA awards. The film also won the award for ‘Best Adapted Screenplay’ beating Hacksaw Bridge, Nocturnal Animals, Hidden Figures and Arrival.

Lion is based on Saroo Brierley’s autobiography, A Long Way Home. A true story, it is about an Indian boy who loses his family by falling asleep on a train. He ends up miles away from home and becomes adopted by an Australian family.

Years later, the boy now grown-up (played by Dev Patel) sets out to find his lost family in India.

Viceroy’s House ~ A Cinematic Re-telling of the Partition
Katrina Kaif to produce and launch sister Isabel in Bollywood?