Zayn Malik has signed up to plus-size dating site WooPlus, three months after he split up with model Gigi Hadid.

"I like girls that are a bit chunky in certain areas"

This comes three months after he split from Gigi Hadid following an altercation with the model’s mother Yolanda.

WooPlus describes itself as an “inclusive” platform for “curvy people to find and enjoy love”.

The app uses facial recognition technology to aid in the verification of its users. A clip of Zayn taking part in an emoji challenge on the website has been leaked.

Zayn can be seen with a big beard, pulling faces to match the emojis shown above him.

Calling himself ‘Zed’, Zayn put his location as Ottaville, Philadelphia. 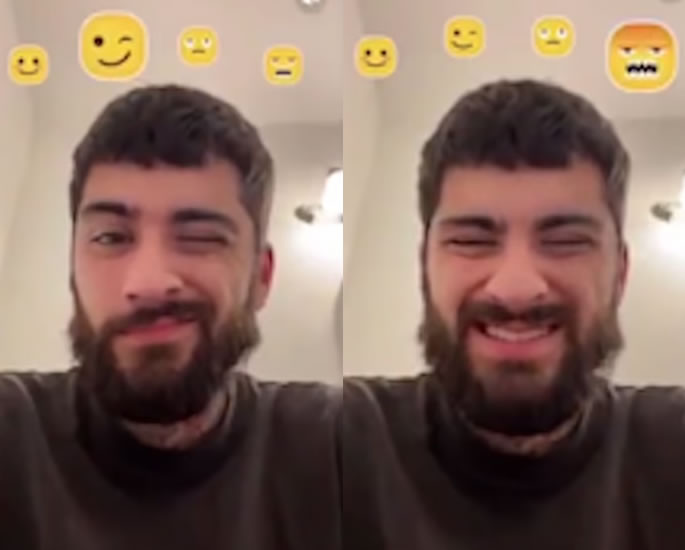 Zayn Malik previously said that he is attracted to curvier women, telling Billboard in 2016:

“I like girls that are a bit chunky in certain areas – the nice areas. I like a fuller woman.

“I enjoy an intellectual conversation as well, where someone can construct a sentence beyond what hair and makeup they’re wearing, and talk about something political or about the world.”

Zayn’s appearance on the app comes three months after he split with Gigi Hadid, following an altercation with her mother.

The former One Direction star pleaded no contest to four harassment charges and was sentenced to 360 days probation, an anger management course and told he must have no contact with Yolanda or a security guard who witnessed the fight.

He denied the allegations which include him pushing Yolanda into a dresser and calling her a “s**t”.

The pair got into an altercation at the home in Pennsylvania he shares with Gigi Hadid and their daughter Khai.

Gigi was modelling in Paris and Yolanda let herself into the couple’s home, seemingly without Malik’s consent.

He then allegedly phoned Gigi and shouted at her:

In a statement, Zayn confirmed there was an incident and said he was trying to protect his daughter.

“As you all know I am a private person and I very much want to create a safe and private space for my daughter to grow up in.

“A place where private family matters aren’t thrown on the world stage for all to poke and pick apart.

“In an effort to protect that space for her, I agreed to not contest claims arising from an argument I had with a family member of my partner’s who entered our home while my partner was away several weeks ago.

“This was and still should be a private matter but it seems for now there is a divisiveness and despite my efforts to restore us to a peaceful family environment that will allow for me to co-parent my daughter in a manner in which she deserves, this has been ‘leaked’ to the press.

“I am hopeful though for healing for all involved with the harsh words shared and more importantly I remain vigilant to protect Khai and give her the privacy she deserves.”

Zayn had been in an on-off relationship with Gigi for six years.

Dhiren is a journalism graduate with a passion for gaming, watching films and sports. He also enjoys cooking from time to time. His motto is to “Live life one day at a time.”
Pakistani Swimmer Shot Dead near Home
Shopworker Targeted in Horror Machete Robbery