"I felt proud to be representing British Asians on an international scale."

This month witnessed the first ever Ms Plus Size North India 2017. Across the country, Plus Size models participated to see who would enter into the final stage. However, Sukhminder Kaur hailed as the only British-Asian to compete.

Originally from Leicester, the Plus Size model entered Ms Plus Size North India 2017 and eventually reached the final 16 of the competition.

Sukhminder Kaur won the “Miss Popular” prize, receiving the votes of her competing peers. She expressed to us her surprise of the win, saying: “My peers were so happy for me and said no one deserved it more than I.

It is so important to interact with those around you. I loved talking to the girls and getting to know them, it was fun.”

And now, after returning from India, Sukhminder Kaur spoke to us in an exclusive interview about the competition and the stigma attached to plus size models.

Her journey began after spotting the competition on Instagram. After noticing Britain’s first Asian model, Bishamder Das, would act as a guest judge, she decided to enter.

Sukhminder admitted: “She is an inspiration of mine and so if Bishamber was endorsing the pageant, I knew this was an opportunity to be a part of something big.”

The model also expressed she felt curious about pursuing modelling anyway, after previously struggling with self-doubt.

“A few years ago, I lacked self-esteem and felt unattractive. Over time, friends and family empowered me and soon I realised, yes, I am pretty and that I am capable of doing whatever I wish.

“The opportunity arose for Ms Plus Size North India and I thought, why not! It did feel a little scary but I knew I would regret it if I didn’t take the plunge.”

What was the experience like competing as the only UK model?

It was a wonderful experience. I felt proud to be representing British Asians on an international scale.

Prior to the final, finalists were given a 3-day training programme at a hotel in Chandigarh. Professionals from various aspects of the industry were invited to speak to us. Hardeep Arora was the man behind the vision and we were lucky enough to have him choreograph the catwalk show for the final.

We were definitely living the life of models. Early starts, late nights, taking naps while we were having our make-up applied and of course in heels for hours on end. 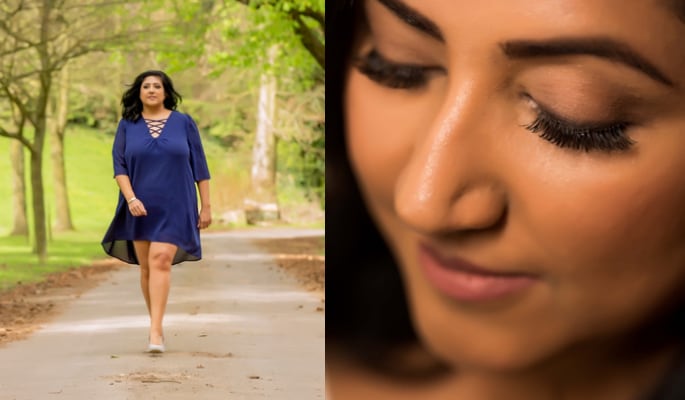 The pageant itself was absolutely amazing. The atmosphere was electric. Never once did it feel like a competition. 40 women came together for one goal; that was to make the show a success.

When you are performing for a live show you have an adrenaline rush. You feel great when all your hard work and efforts come to fruition in front of an audience.

Do you feel the contest achieved its message?

Yes, without a doubt. There were extensive media and press coverage across Northern India and there still remains to be. I certainly envisage Ms Plus Size North India 2018 taking place.

People have been telling me how proud they are such a platform has been created and how it inspired them.

The more we produce such events, the more plus size will become the norm.

Do you think more women are being empowered to be plus size models?

Definitely. High Street brands have their own curve or plus size labels.

There is enough demand for more women to come forward to model for such projects. This is definitely being recognised by the modelling world as there are many agencies that will specialise in plus size models.

Women are increasingly becoming confident about embracing their bodies and this is being seen in Western media.

Not so much in Asian media. That’s the taboo that we need to focus on and break. I am confident, that by more Asian Plus Size women coming forward for modelling, this will be the way to educate people’s mindsets. 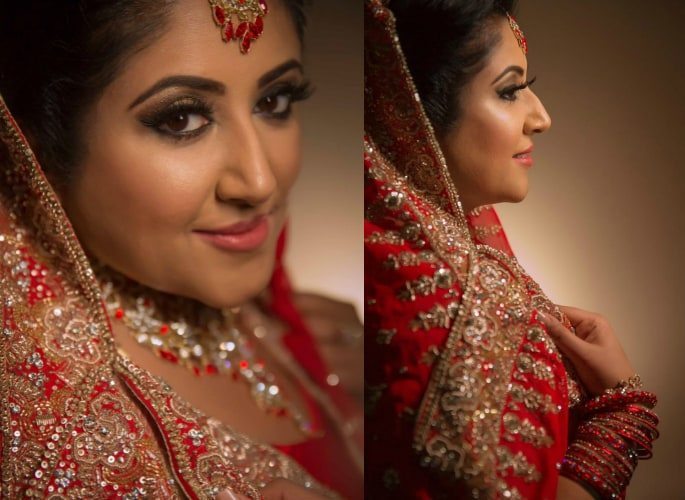 There are some that would argue being plus sized is not healthy. What would you say to them?

Being plus size doesn’t mean being unhealthy. I believe it is about a good balance of exercise and diet. As long as you keep active and eat sensibly this is the best way to maintain a healthy lifestyle.

I have personally taken up running this year. Having completed 5k, by the end of the year I hope to run 10k. I am by no means an athlete, but I have found something that keeps me active.

I try to eat as healthy as possible. Instead of thinking about what is bad for me I ask myself: “What is good for me?”

Do you feel there should be a similar contest here for Plus Size British Asian women?

Of course, why not? We have a huge British Asian fashion industry. Wouldn’t it be great if the top bridal magazines and designers feature plus size models?

After all, Asian brides do come in different shapes and sizes – so why not let us model your clothes. Plus size women would appreciate seeing Asian wear on curvier models.

We need to still keep pushing with this movement to make it more acceptable in our community. Ms Asian Plus Size UK – Let’s do it!

There are plus size women who within Asian culture find it hard to marry due to taboos associated with weight. As usually women have to ‘fit a criteria’ – What is your view on this?

I think it really is sad. Plus size women have personalities too. Bodies change with age no matter what size, so don’t just look at the physicality.

Gentleman, a woman’s weight isn’t going to take care of your home or your children, her mindset is!

Ladies, all I have to say is that if a man ever looks at you and judges you on your weight, let him go. You don’t need that type of negativity in your life.

“I believe in the law of attraction. If you put out positivity and confidence, people will see this. The right man will come along and accept you for who you are.” 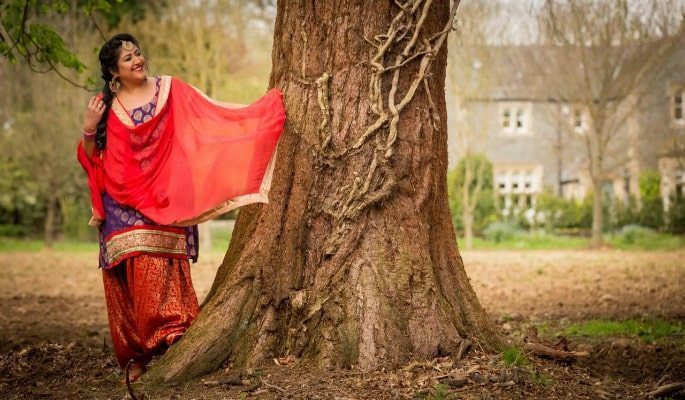 Do you feel there is pressure on young British Asian women to be thin?

Unfortunately, I do. We are still not seeing enough plus size women in Asian media. Bollywood actresses are still on the thinner side and models are still being airbrushed in magazines.

Many Asian women still feel they need to conform to a certain image by being thin and that really is such a shame.

Asian plus size women need to become a part of mainstream media and a norm. By doing so, this would be a great way to combat body shamers.

The media has a lot of power in how they influence society.

What would you say to women who are plus sized and who are body shy?

Embrace your body, learn to love yourself. There is absolutely nothing wrong in the way you look, it’s all in your mind. Once you believe in yourself and realise there is more to you, trust me, there will be absolutely no one stopping you.

I used to feel that I didn’t want to leave the house. Getting dressed up was a chore as I didn’t like what I saw in the mirror. I used to just look at my negative points.

Until one day, I had a conversation with myself. Instead of looking at my bad points, I decided to look at my positive points. When I began to see what I like about myself, those were the elements I enhanced.

What would you like to achieve as a model?

I believed in myself to go to India and to not only be a part of history by being a finalist for India’s first Plus Size pageant, but to CREATE history by being the ONLY British Finalist. If I can do that, I want girls and women to imagine what they can achieve.

I want to be able to contribute wherever I can possible to take this movement forward. It is important to alter people’s opinions and understanding of the definition of plus size.

The first winner of Ms Plus Size North India was Vernika Jain. Prior to the competition, she made her first modelling gig at the Lakme Fashion Week. She hailed as the only Delhi model to walk for fashion label Little Shilpa’s aLL plus range. 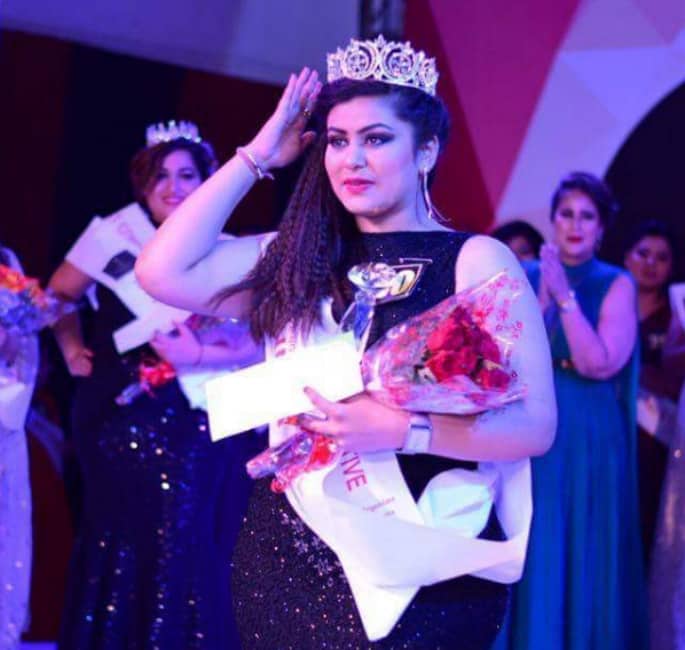 After the success of MS Plus Size North India, Sukhminder Kaur’s words will surely resonate with many Asian women.

While in the past she has struggled with her appearance, Sukhminder’s confidence and positivity now shine through. She hails as a wonderful role model for all British-Asian women.

We can’t wait to see what lies next for Sukhminder Kaur and the MS Plus Size North India compeitition!