Deepika Padukone brought old Hollywood glamour to the red carpet for the Mumbai premiere of her latest film ’83’.

"There was no one better to carry it off than Deepika.”

Taking to her Instagram handle, Deepika Padukone shared a series of pictures as she posed for the camera.

In the photos shared with her 63.2 million Instagram followers, Deepika wore a dark green, sleeveless dress with a long train and plunging neckline.

The actress accessorised her outfit with an emerald and diamond-studded necklace by Vandals and stacked rings.

The dark-green velvet gown was custom-created for the actress by designer label Gauri & Nainika.

Nainika Karan, one half of the fashion label, said:

“We wanted to create something very classic and timeless for Deepika.

“But at the same time, we wanted it to be extremely glamorous and sensual because that’s very much her style.”

“The plunging neckline and figure-hugging silhouette with the long train, all in a deep green velvet, was perfect for her tall and statuesque frame.

“There was no one better to carry it off than Deepika.” 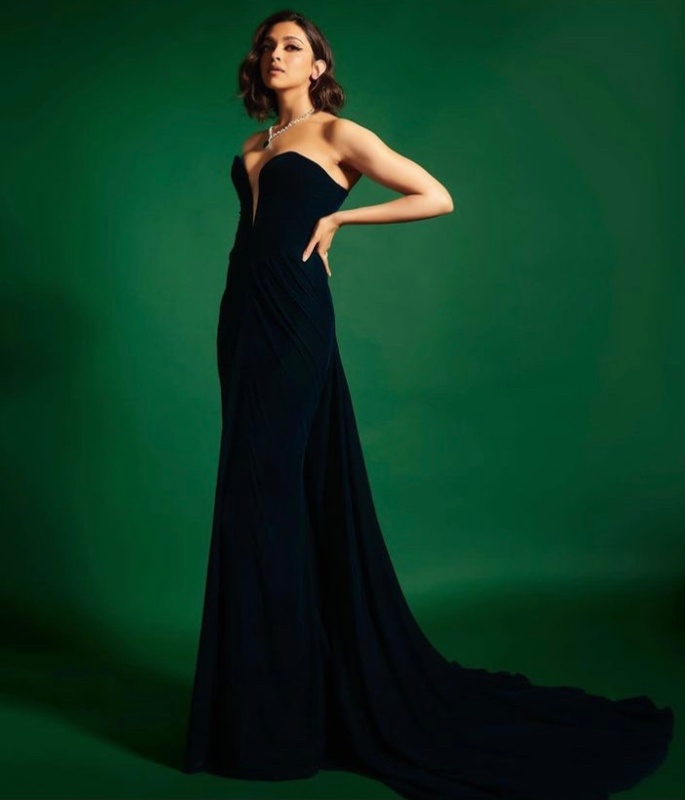 Shaleena Nathani, who has been styling the actress for years, amplified the old Hollywood feel of the look by giving her vintage-inspired waves and thick, double-winged eyeliner.

Sharing the pictures, Deepika wrote in the caption: “#ThisIs83.”

Her pictures instantly went viral and have since amassed over a million likes.

Deepika’s fans took to the comments section to praise the actress’ look.

“Wow, let me be your doormat please.”

Another added: “Classy and chic, Deepika’s outfits are always on point.” 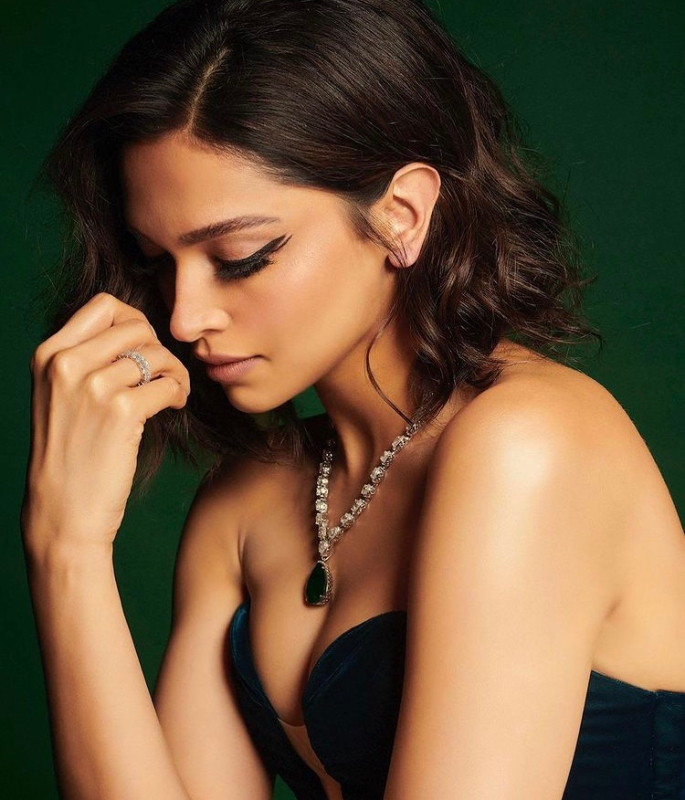 Her co-stars and her husband, Ranveer Singh reacted to her post and complimented her velvet gown look.

In return, Deepika complimented Ranveer through her Instagram Story. The actress reposted Ranveer’s latest pictures in which he wore a white suit.

Alongside the pictures, Deepika wrote: “Hey there handsome.”

Sonakshi Sinha also commented on the post: “You are divine.”

In the film, Ranveer Singh plays Kapil Dev, who was captain of the Indian team in 1983 whilst Deepika Padukone plays the role of Kapil’s wife Romi Dev.

The filming of the sports drama film began in 2019.

The film’s initial release date was April 10, 2020. However, it was shifted several times due to the ongoing Covid-19 pandemic.

After several changes in the release dates due to the pandemic and lockdowns, the film hit theatres on December 23, 2021.

Ravinder is a Journalism BA graduate. She has a strong passion for all things fashion, beauty, and lifestyle. She also likes to watch films, read books and travel.
Malaika Arora Stuns in Gold Dress worth Rs 40k
Hira Ali’s Nonconformity Collection receives Backlash