Hira Ali Studios’ latest collection is raising eyebrows on social media with many accusing the fashion brand of “trying to stay relevant”.

"No one asked for this.”

While some social media users have praised the collection for challenging people’s ideas about the norms of fashion, it has also ruffled some feathers.

The Nonconformity collection features 14 pieces that are unisex, which means that anyone can wear them, regardless of their gender.

Hira Ali said: “It is an editorial series in which we are creating art images and using our clothes to define emotion and character, striking that balance between minimalism and also traditional silhouettes and techniques.”

The images from the collection posted on Instagram show a male model wearing various outfits, such as a sherwani with a heavily embellished red dupatta and a full-sleeved black turtleneck sweater with a minimally embellished black lehenga.

Hira added: “Hira Ali Studios, since it started, has been a brand that merges art and design and we also love to challenge the prevailing practices of fashion, especially those prevailing in our country and our society.

“Personally, minimalistic designs are a core feature of all my designs, particularly in this series, and we love to create a unique balance between modern and traditional techniques.” 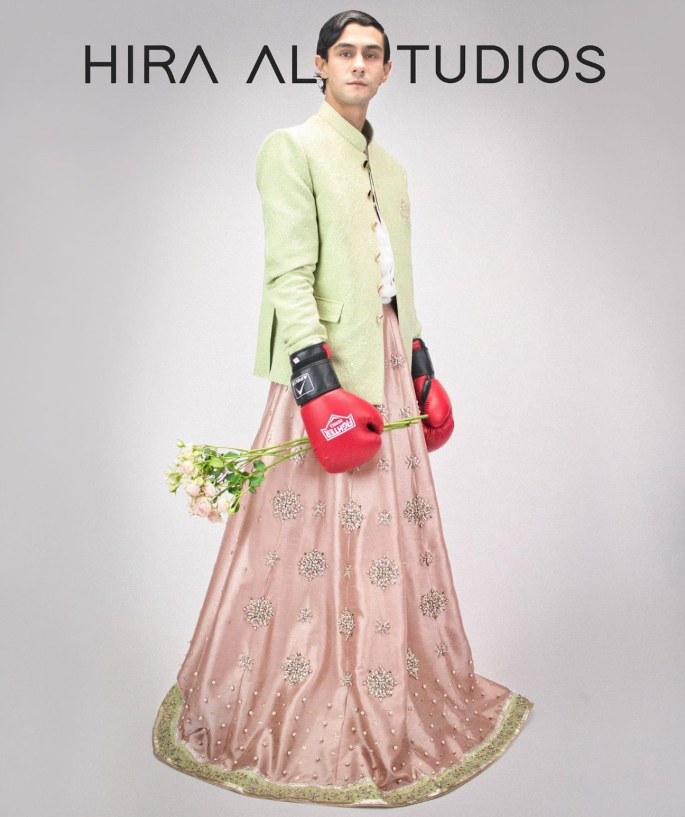 According to Hira Ali, the Nonconformity collection “flips the script and breaks the mould”.

The designer explained: “It challenges the viewer to see fashion from an entirely new lens and evokes a spectrum of emotions for the viewer.”

Talking about the feedback that the campaign has received so far, Hira said it has been mixed.

She revealed: “So far the feedback is mixed and that’s exactly what you expect from something like this, something that challenges the idea and norms of fashion.

“People always want reality to fit their idea of how it is supposed to be and how it has been done in their lifetimes.

“But when you move the pieces a bit and completely change the principles of fashion, people become uncomfortable because it is really hard for them to expect something different.

“Some people like their ideas to be challenged, and some people don’t.”

Hira’s observation of the feedback of her Nonconformity collection is accurate as the internet seems to be divided over the unisex collection.

One user wrote: “I don’t understand what your purpose behind this is?

“Non-conformity because men can look like women if they want to? Is that the message you’d like to perpetuate? 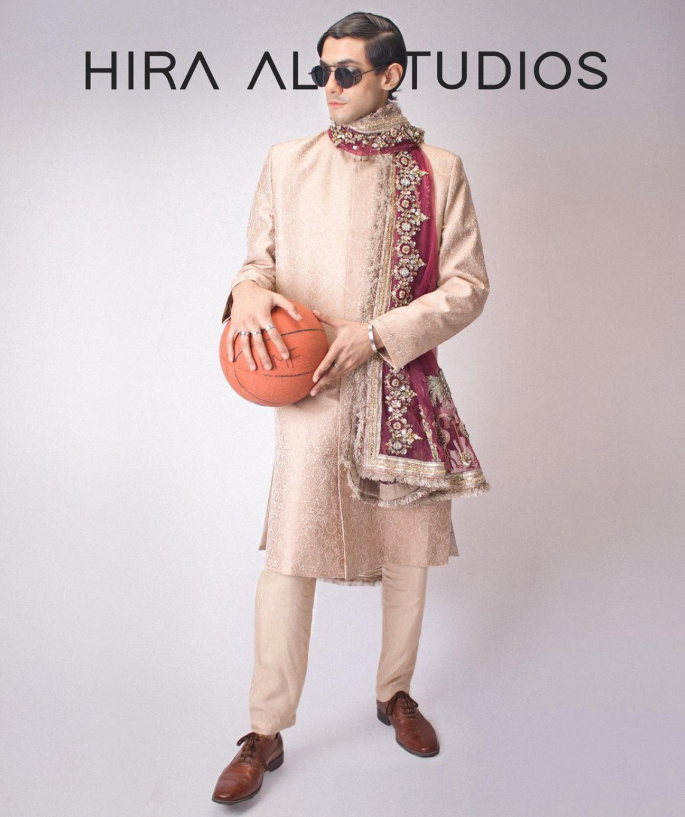 Another commented: “This is not cool. This is purely idiotic. No one asked for this.”

A third added: “It’s trendy but who would actually want to be seen in public wearing this?

“I’m not surprised at the reaction it’s getting.”

For Hira, the design process takes into consideration that all bodies are unique, regardless of gender.

The designer said: “The designs are not made for either men or women. That’s not how we imagine the collection in the design process.

Ravinder is a Journalism BA graduate. She has a strong passion for all things fashion, beauty, and lifestyle. She also likes to watch films, read books and travel.
Deepika Padukone brings Hollywood Glamour in Velvet Gown
Sonam Kapoor Stuns in Satin Peach Co-ord