Hira Mani expressed her gratitude to her fans and promised something exciting after the success of her song ‘Sawaari’.

While some people were surprised to see Hira Mani take over the stage at a recent concert in Faisalabad, others were unfazed because the actress has a singing past.

Hira Mani was one of the celebrities included in the artist line-up for the first season of Kashmir Beats.

Kashmir Beats is a Pakistani television music show which features live studio-recorded music performances by established stars from the industry.

The music show featured celebrities such as Zara Noor Abbas, Adnan Siddiqui, Ahsan Khan, Zhalay Sarhadi and Kinza Hashmi in the first season that was released in January 2021.

Hira’s performance video in which she sang ‘Sawaari’ recently reached an impressive 16 million views on YouTube.

‘Sawaari’ has also amassed over 1 million streams on SoundCloud.

The actress was delighted upon hearing the news of her achievement and has now shared the feat with her social media followers.

Hira captured screenshots of the song, with the view count circled, and wrote:

“Omg this is unbelievable and huge.

“The first official song I’ve ever sung in my life and it’s a hit!”

Crediting her fans for the achievement, Hira Mani added:

Hira continues to re-share Instagram Stories from her fan pages who call themselves “Hiraians.”

The actress, and now singer, also hinted at an appearance in the second season of Kashmir Beats saying:

“Season 2 is coming, hold your breath.”

In the comments section of the video, netizens praised Hira for being a natural on stage as well as for singing a song that suited her “signature happy-go-lucky attitude”.

Besides being one of the most popular actresses in the Pakistani film industry, Hira is an established singer too, who has dominated the stage at concerts since her debut.

More recently, Hira’s performance at the Punjab Group of Colleges’ (PGC) Annual Musical Fiesta in Faisalabad went viral as she took over the stage and sang ‘Disco Deewane’.

Whilst the Meray Paas Tum Ho star’s vocal talents are adored by her fans, many social media users couldn’t help but express their disappointment with the actress for her performance.

Meanwhile, Hira Mani continues to receive praise for her performance as Sara in the drama serial Mein Hari Piya.

Since her debut, Hira Mani has appeared in several dramas but is best known for playing the lead in Do Bol, Ghalati and Kashaf. 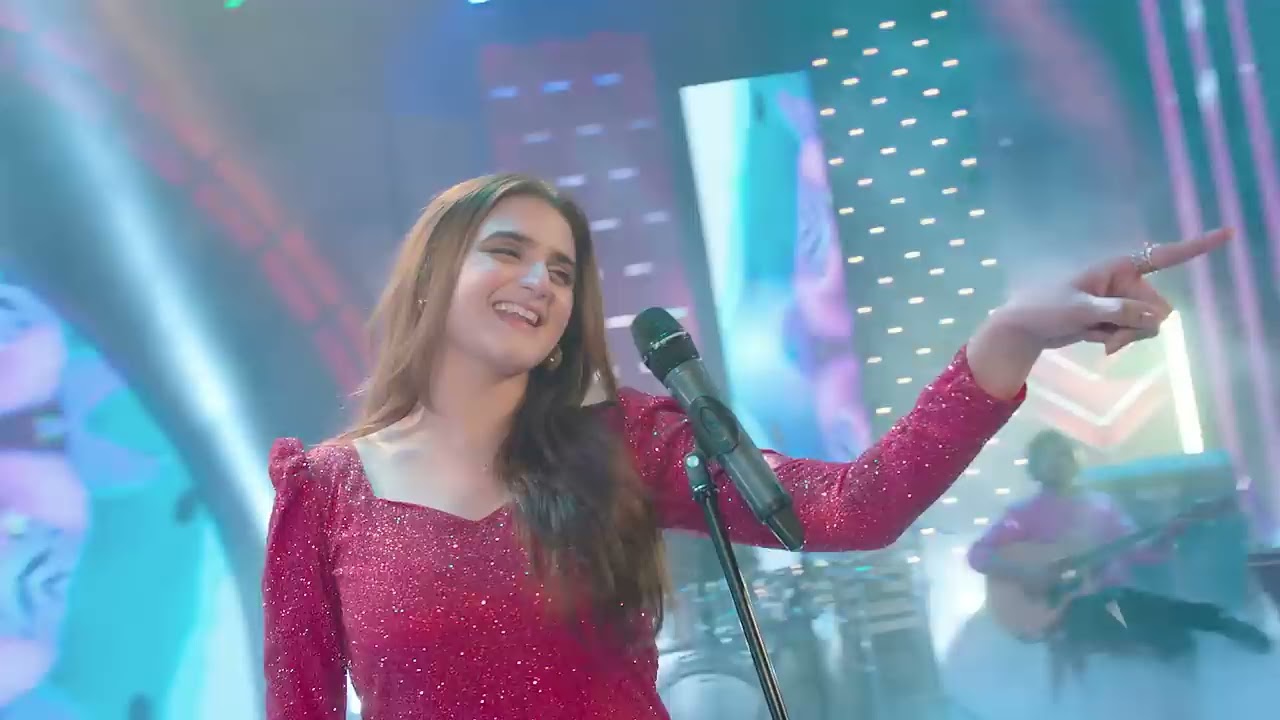 Ravinder is a Journalism BA graduate. She has a strong passion for all things fashion, beauty, and lifestyle. She also likes to watch films, read books and travel.
Babbu Maan and Satinder Sartaaj to Collaborate?
Karan Aujla announces Collaboration with KR$NA