Deepika Padukone attended a Cartier event in Spain and she looked angelic, wearing a plunging white gown for the occasion.

“Woaaaah. Deepika and Rami Malek together."

Deepika Padukone looked stunning in white as she attended an event in Madrid for luxury jewellery brand Cartier, for which she is reportedly set to be named an ambassador.

The Bollywood actress was in the Spanish capital and she oozed elegance at the Cartier High Jewellery Exhibition, wearing an elaborate gown featuring frilled details.

Deepika’s curves were on show as the dress had a plunging neckline.

The daring neckline provided the perfect backdrop for her equally resplendent diamond necklace from Cartier.

Her necklace complimented the earrings she opted for. 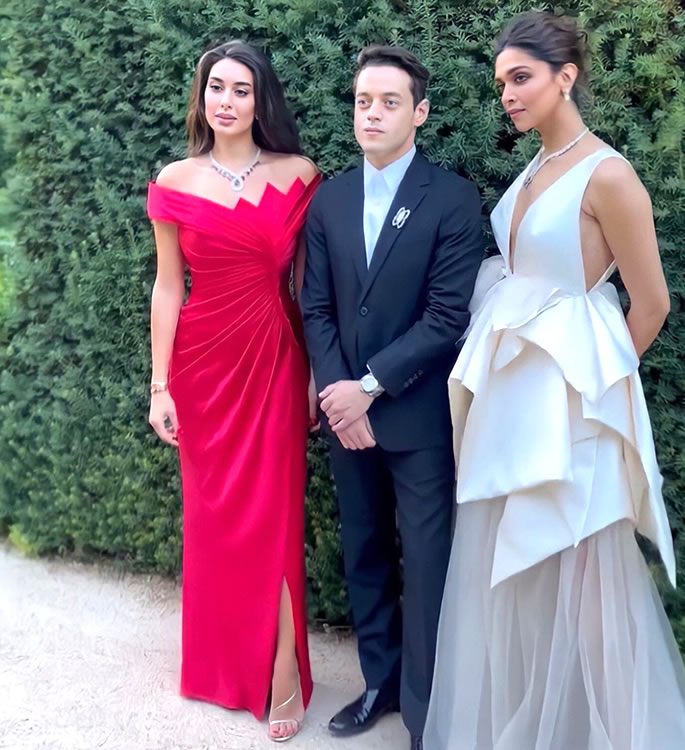 Deepika ensured that all the attention was on her outfit as her makeup was kept to a minimum, opting for nude lipstick, smoky eyes and beaming highlighter.

Her hair was styled in a messy bun, making sure that she epitomised grace and style.

At the event, Deepika posed with the likes of Egyptian actress Yasmine Sabri and Hollywood star Rami Malek.

The trio posed for pictures and enjoyed each other’s company.

Another said: “Woaaaah. Deepika and Rami Malek together.” 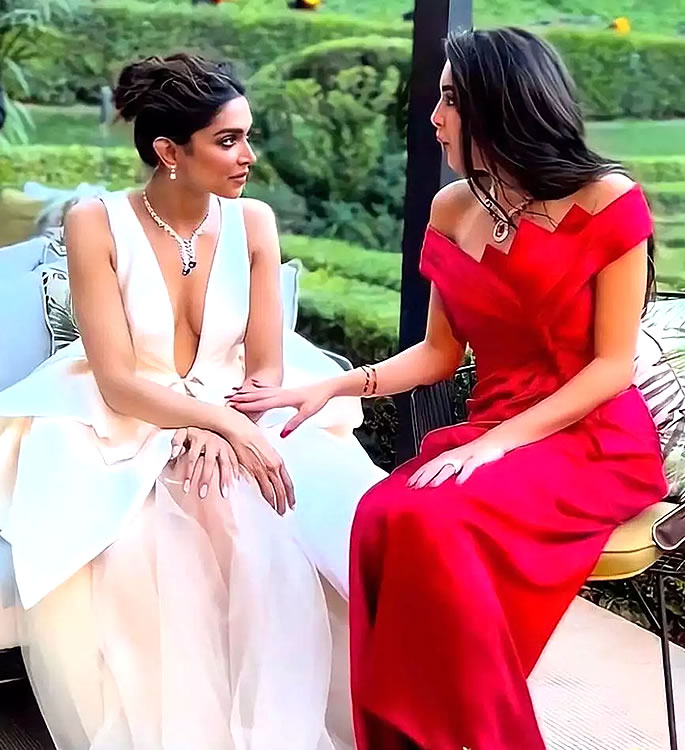 Deepika Padukone travelled to Madrid from Hyderabad and whilst in the Indian city, she was reportedly taken to hospital after her heart rate increased on the set of Project K.

“Earlier she was down with Covid-19, but after recovering she left for Europe.

“And straightaway from Europe, she landed on our film sets.

“After mild fluctuations in her BP, she visited the hospital for an hour for a routine check-up just to make sure that everything was normal.”

On the work front, Deepika will next be seen in Pathaan, which is expected to release on January 25, 2023.

Pathaan marks SRK’s return to the big screen and is one of Bollywood’s most anticipated films. 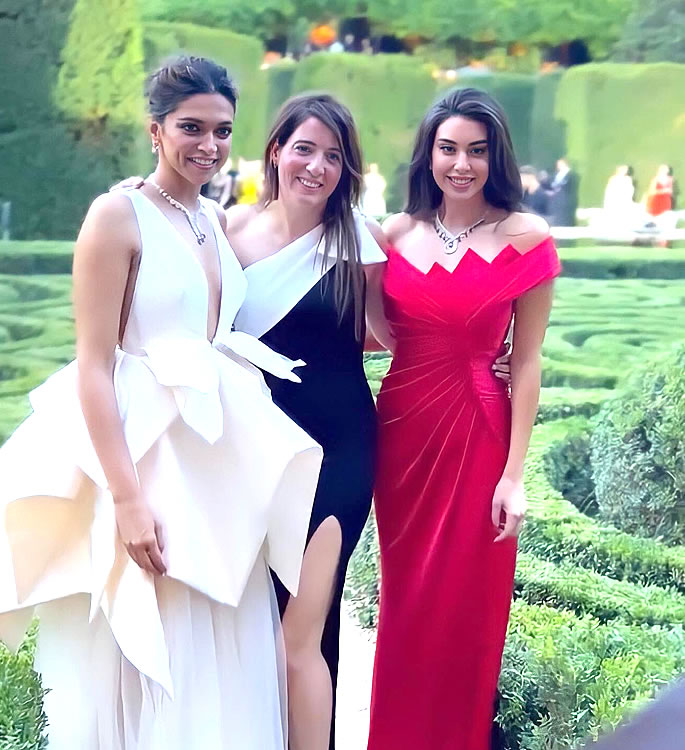 Deepika will also star opposite Hrithik Roshan in Fighter. Slated to release on September 28, 2023, it is also being directed by Siddharth Anand and will also mark his production debut under his banner Marflix.

It is also reported that she will have a cameo in Jawan.

A source said: “Deepika has been in talks with SRK and Atlee for a while now and she is poised to make a short yet important appearance in the film.

“She has agreed in principle though the paperwork still remains.”

Dhiren is a journalism graduate with a passion for gaming, watching films and sports. He also enjoys cooking from time to time. His motto is to “Live life one day at a time.”
10 Stunning & Sexy Esha Gupta Looks to See
Sunny Leone makes heads turn in Strapless high-slit Gown