Priyanka Chopra brought ruffled Elizabethan glamour to Paris as she wore a dramatic plunging black gown for a Bulgari event.

Priyanka Chopra brought a dose of her own personal flair to Paris.

The actress has been in the French capital attending Bulgari events.

Priyanka was recently announced as one of the four new ambassadors for the luxury jewellery brand. The other three are actresses Anne Hathaway and Zendaya, and BLACKPINK’s Lisa.

Priyanka made a stunning appearance in a dramatic gown designed by London-based Robert Wun.

It was a figure-hugging black gown that featured ivory ruffled detailing along the collar, down the leg and across the hem. 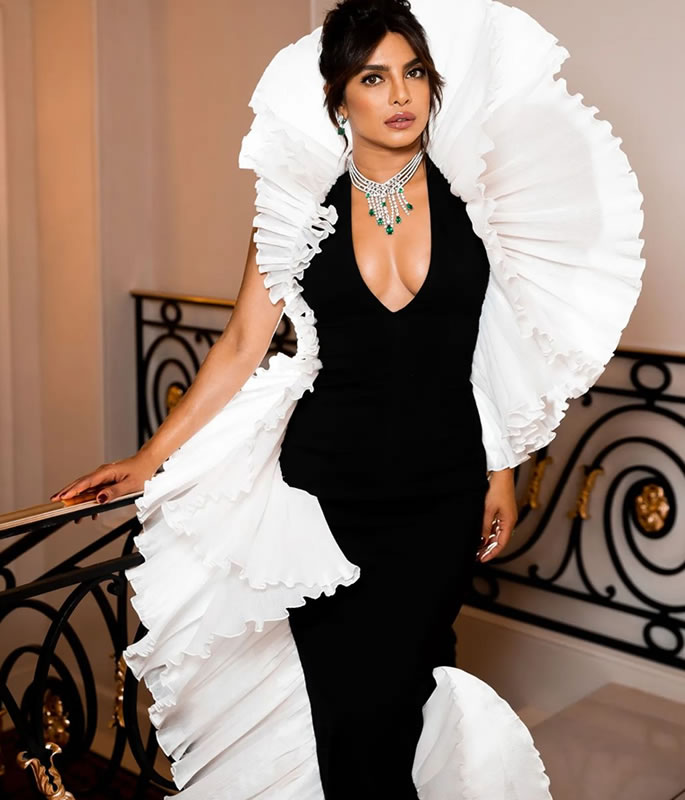 Priyanka’s assets were on display as the gown featured a plunging neckline while criss-cross straps at the back added a sultry modern touch.

Her hair was styled in an elegant updo, allowing a few strands to fall down her face.

She opted for a soft, smoky eye makeup look while her lips were a light shade of pink.

Priyanka greeted fans as she left the luxury Ritz Hotel for the glamorous night out.

Priyanka shared pictures of her look and they were appreciated. 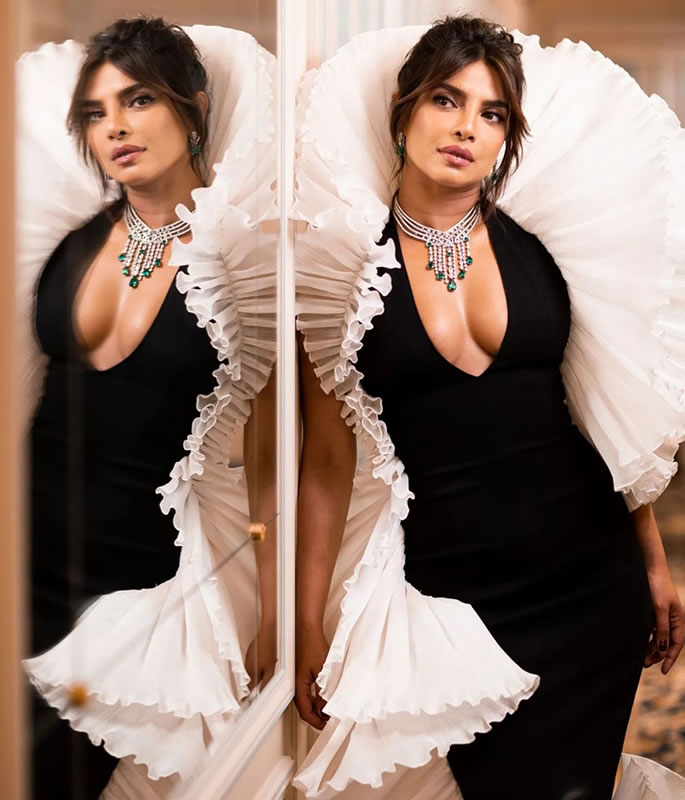 Jameela Jamil was in awe of the outfit, writing: “I gasped.”

Others hailed Priyanka as “perfection” and a “queen” in the comments section.

A third said: “Damn the back of this dress is so sexy.” 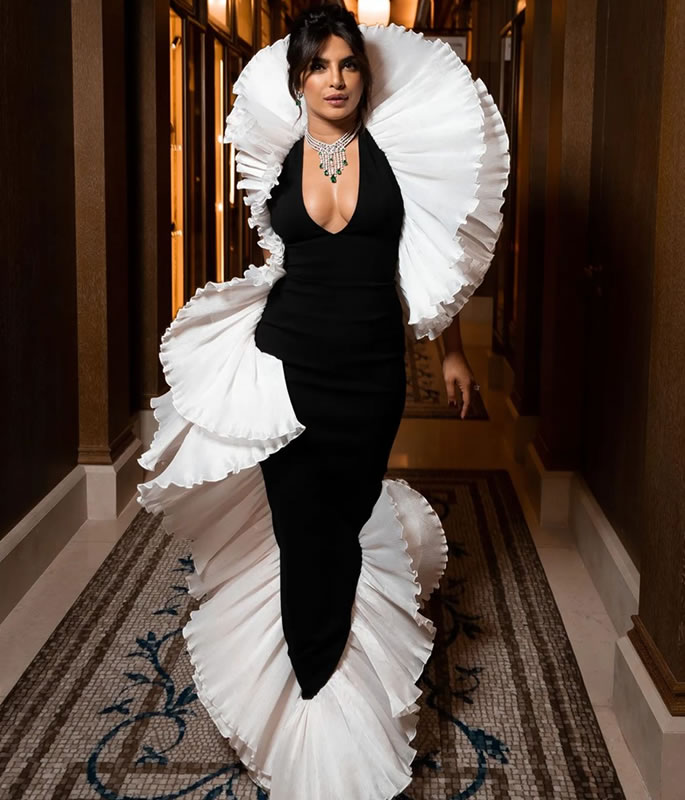 Fan pages shared more pictures and videos from the event.

The latest collection from Bulgari includes more than 140 one-of-a-kind pieces and high-end watches that are intended to celebrate the gems of nature.

For the first time in the brand’s history, the collection features 30 creations dedicated to the emerald.

In a statement, Bulgari said: “This stunning tribute to the Maison’s long-standing affinity with the exquisite gemstone boasts some of the most extraordinary wonders of nature ever brought to light, representing an ode to eternal splendour.

“Interpreted rather than just emulated, nature delivers an endless territory of imagination that only human mastery and Bulgari’s aesthetic sense can sublime into true works of art.”

Dhiren is a journalism graduate with a passion for gaming, watching films and sports. He also enjoys cooking from time to time. His motto is to “Live life one day at a time.”
Nora Fatehi exudes Retro Vibes in Strapless Blue Gown
10 Bold Urfi Javed Looks and Photos to See