Esha Gupta heated things up on social media as she wore an embellished lilac bridal lehenga and a plunging blouse.

Esha Gupta made a fashion statement as she showed off a bridal look for a photoshoot.

In collaboration with Wedding Vows Magazine, the actress looked graceful as she wore a pastel lilac bridal lehenga.

The outfit was heavily embellished, featuring intricate embroidery and rhinestones all over. It also had frilled details and unique patterns.

Esha showed off her toned stomach while the blouse’s plunging neckline accentuated her curves. 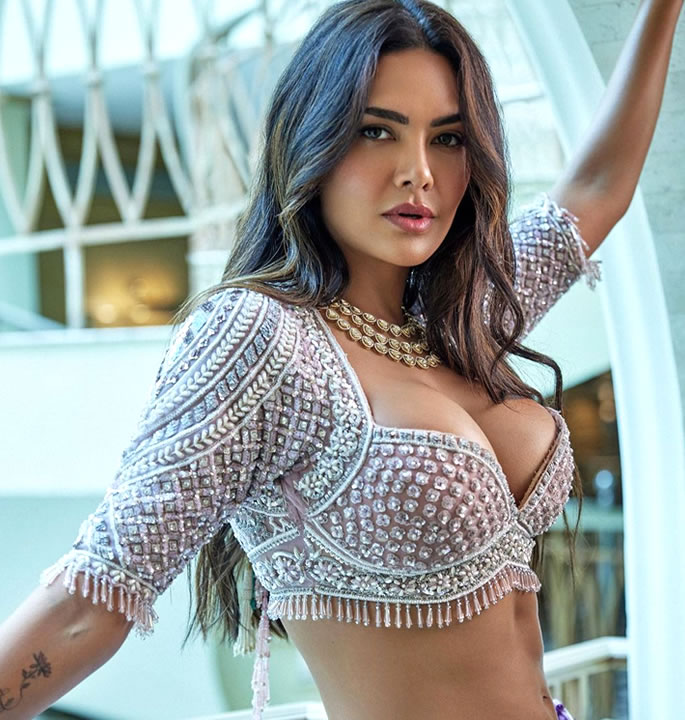 She accessorised her look with statement earrings and a gorgeous necklace from jewellery boutique Rare Jewels.

Meanwhile, hair stylist Tina Mukherjee made sure that the outfit was the centre of attention by styling Esha’s brunette tresses into loose waves with a centre-parting.

Her makeup was kept fairly neutral in order to showcase Esha’s natural beauty.

It included light blush around the cheeks, eyeliner and pink lipstick.

The look gave Esha regal vibes and she captioned the post: 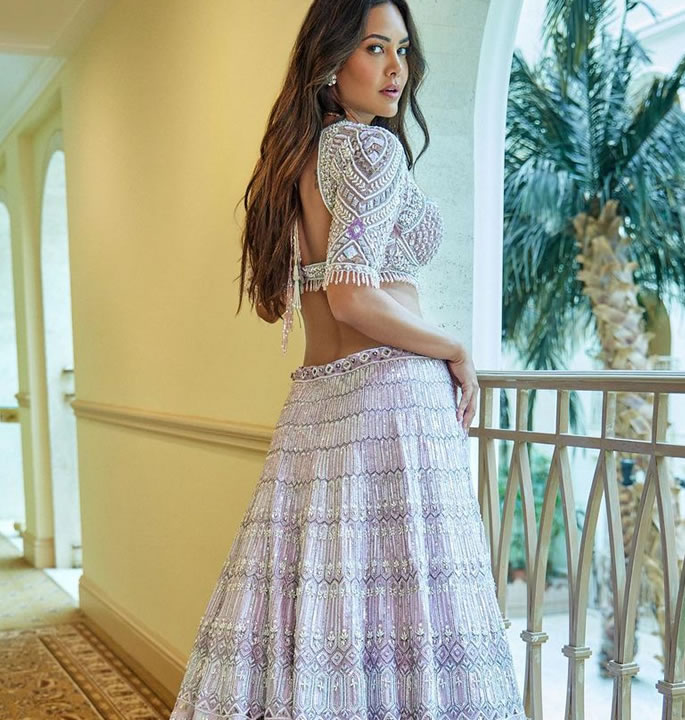 The pictures were a visual treat for her fans and they quickly took to the comments section to share their appreciation.

Many hailed Esha as a “queen” while others posted love heart and fire emojis.

One person commented: “You are the most beautiful angel on the Earth. You are looking hot and cute like an angel.” 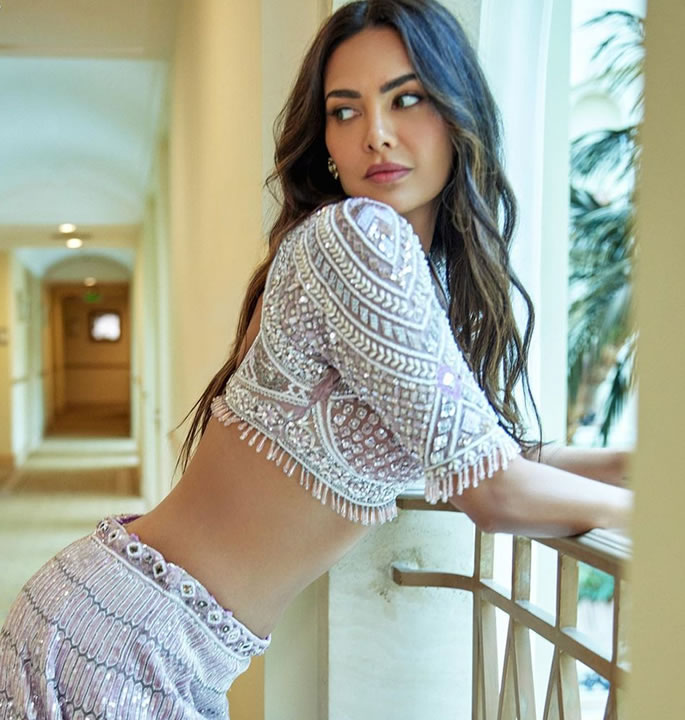 The scintillating look comes just days after Esha rocked a blue bridal lehenga in another photoshoot for Wedding Vows Magazine.

The blue outfit shimmered thanks to the embellishments. 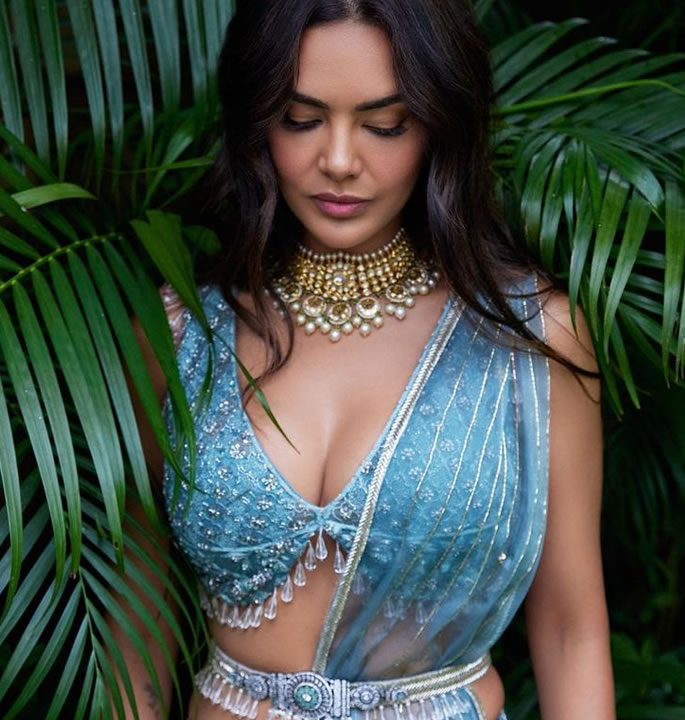 “I’ve heard about the seven wonders of the world and the 8th just showed up!!”

Many others called her “gorgeous” and posted fire emojis.

The season had a lot of people talking, partially due to the racy scenes between Bobby and Esha’s characters.

Her last film was in 2019. It was opposite Anupam Kher in the crime-thriller One Day: Justice Delivered.

Esha will next be seen in Desi Magic and Hera Pheri 3, the third instalment of Bollywood’s classic comedy franchise.

Dhiren is a journalism graduate with a passion for gaming, watching films and sports. He also enjoys cooking from time to time. His motto is to “Live life one day at a time.”
Shreya Dhanwanthary goes Braless for Sultry Photoshoot
House of iKons London Fashion Week September 2022