Shreya Dhanwanthary shared a series of photos in which she posed braless with an unbuttoned jacket on social media.

“New hottie in town! You slaying it”

Shreya Dhanwanthary, who rose to fame with her stint in The Family Man, consistently grabs headlines with her bold and sizzling photoshoots.

She raises temperatures by adorning sexy bikinis by the ocean.

Her latest drool-worthy, hot photoshoot where she has gone braless has taken the internet by storm.

For her latest photoshoot, she ditched her bra and wore a denim blue jacket leaving it unbuttoned with thong bottoms.

Shreya Dhanwanthary gave some sensual poses for the camera raising the mercury level.

The vivacious actress looked confident while posing and flaunted her sexy legs, toned midriff, and curves. She looked drop-dead gorgeous in the bold avatar. 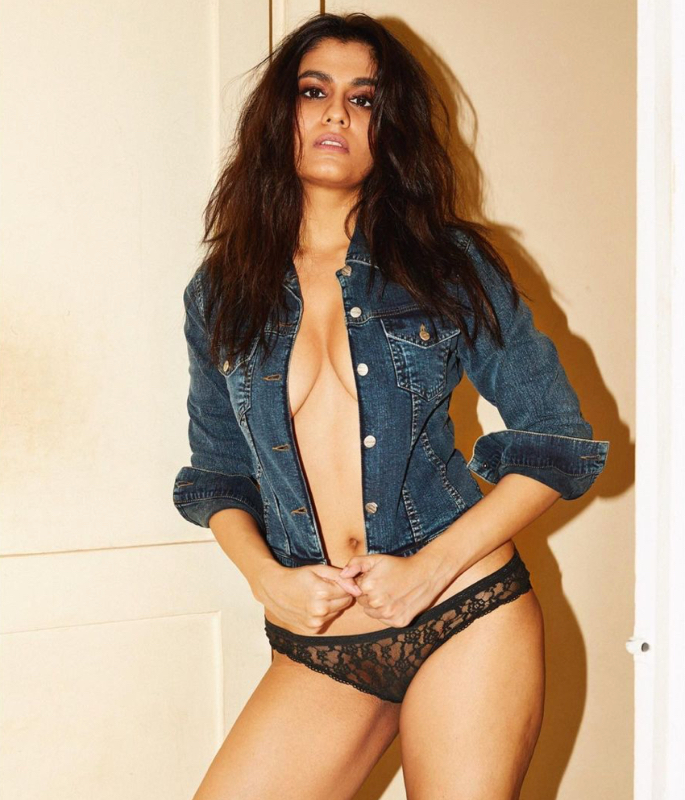 Her fans also complimented her and the comment section of her Instagram photos was filled with appreciation.

One comment read, “The temperature is too hot today” and another one read, “setting Instagram on fire.”

A third wrote, “Mind boggling capture” and another one read, “Speechless captures.”

One fan wrote, “New hottie in town! You slaying it” and another fan wrote, “Boozing hotness.”

This is not the first time that she has set the internet on fire.

Earlier, she went braless in a silk white saree with a golden border in a traditional avatar.

Shreya Dhanwanthary accessorized the look with an oxidized choker, heavy earrings, and bangles giving it an aesthetic look. She also wrapped a flower garland around her braid.

Meanwhile, Shreya is keen to explore projects which don’t place her in hard-hitting settings. 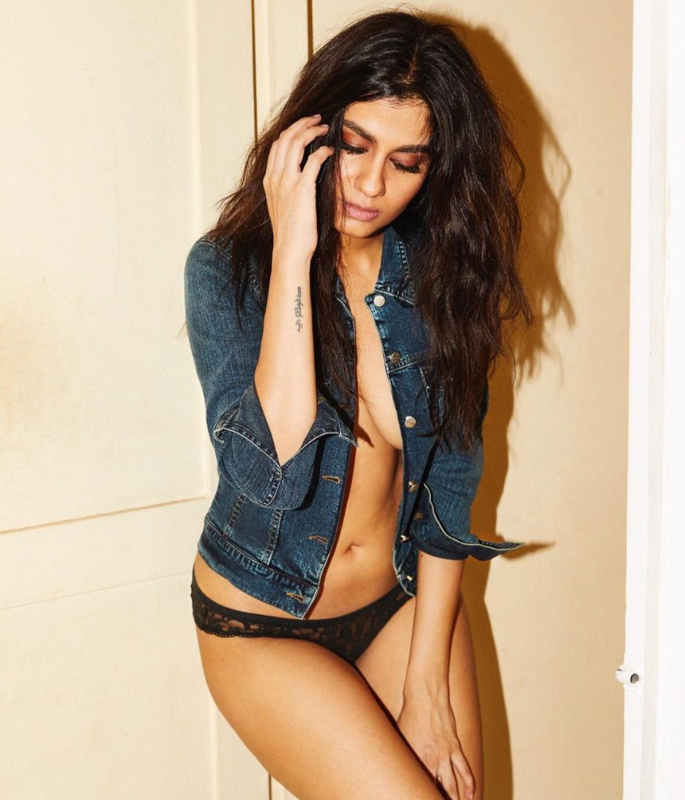 Shreya Dhanwanthary said, thanks to her OTT work, including Mumbai Diaries 26/11, people have a perception that she is “serious” and hence makers try to cast her only in no-nonsense characters, which can be limiting.

In an interview with the Indian Express, Shreya said: “Everybody looks at me and thinks, ‘Oh she’s quite serious so we will give her serious, heavy thing’ and as much as I also gravitate towards heavy, hard-hitting serious stuff, I want to explore something lighter, something more fun.”

On the work front, Shreya is gearing up for the release of her short film Birth which will be streaming on Disney+ Hotstar from August 27.

The next project in her pipeline is Chup, directed by R Balki.

She will be sharing the screen space with Sunny Deol, Dulquer Salmaan, and Pooja Bhatt.

Ravinder is a Journalism BA graduate. She has a strong passion for all things fashion, beauty, and lifestyle. She also likes to watch films, read books and travel.
7 Stunning Looks of Akanksha Sharma You Must See
Esha Gupta drops jaws in Plunging Lilac Lehenga