7 Stunning Looks of Akanksha Sharma You Must See

Akanksha Sharma has pulled off some gorgeous outfits. DESIblitz takes a look at her most stunning and sexy looks.

Akanksha Sharma is an Indian model turned actress and trained dancer who works in the Kannada film industry.

She is also known for several television commercials at an early age and she is the most popular ‘Santoor Girl’. She’s also seen in some music videos.

Alongside her acting and music video appearances, Akanksha Sharma is also recognised for her sexy style and voluptuous figure.

On the work front, she is yet to become busier and hopes Telugu filmmakers cast her in their films.

The South Indian film industry is known for showcasing the beauty and talent of actresses in the best commercial way possible. 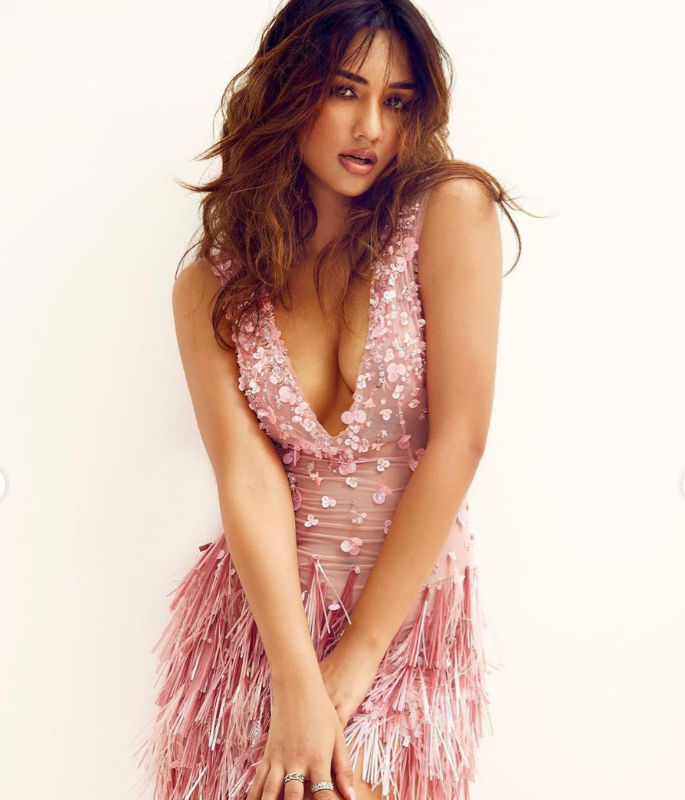 In one of her recent looks, Akanksha Sharma flaunted her ample cleavage in an embellished pink dress.

The dress featured a deep V-neck, a shirred waist and a unique tasselled skirt.

In the series of pictures shared on Instagram with her 698,000 followers, Akanksha seductively stared at the camera.

Her hair was styled in loose waves and she completed her sexy look with smokey eyes, a nude lip and delicate, silver rings. 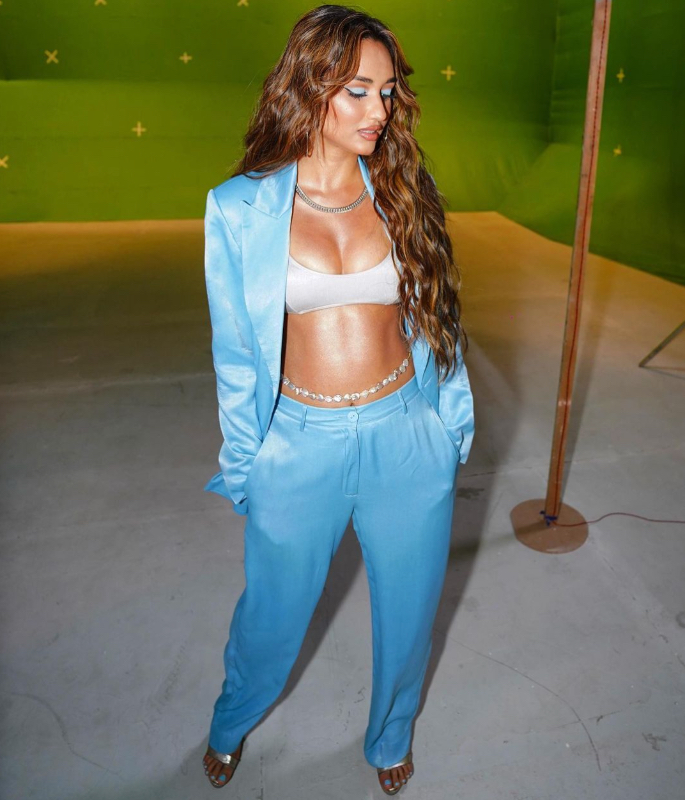 After making headlines with her appearance in ‘I Am A Disco Dancer 2.0’ opposite Tiger Shroff, Akanksha once again turned heads after dancing in Badshah’s ‘Jugnu’.

The star took to Instagram and shared a look from the music video set.

Akanksha Sharma posed in a satin blue blazer and trouser set. Underneath, she wore a simple white bralette.

Alongside her striking eye makeup, Akanksha wore dazzling accessories including a silver necklace and a silver body chain. 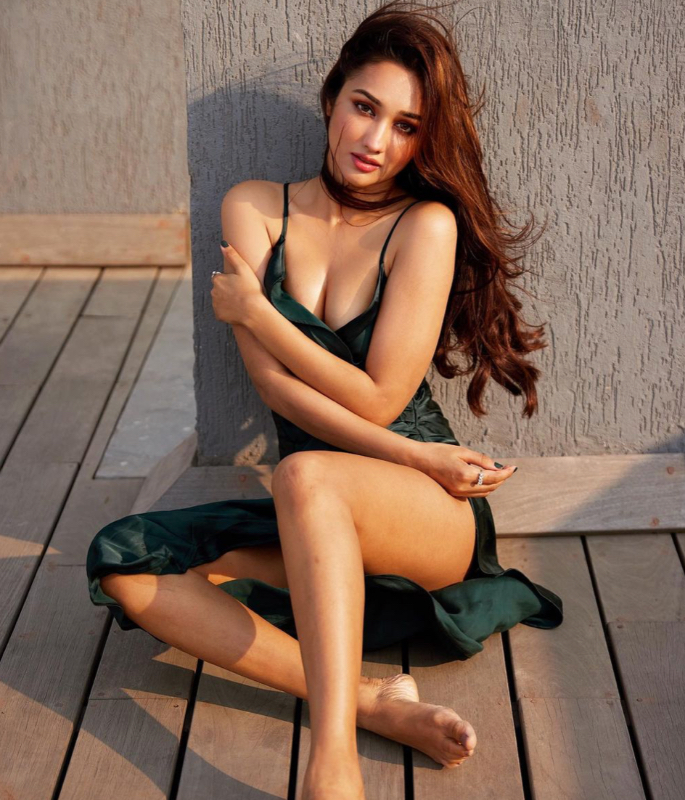 Sharing the look on Instagram with her loyal fans, the star’s luscious brunette looks were swept to the side.

Akanksha Sharma styled the dress with minimal accessories and let her dress do all the talking.

For makeup, she wore dark eyeshadow, a peach blusher and a simple pink lip. 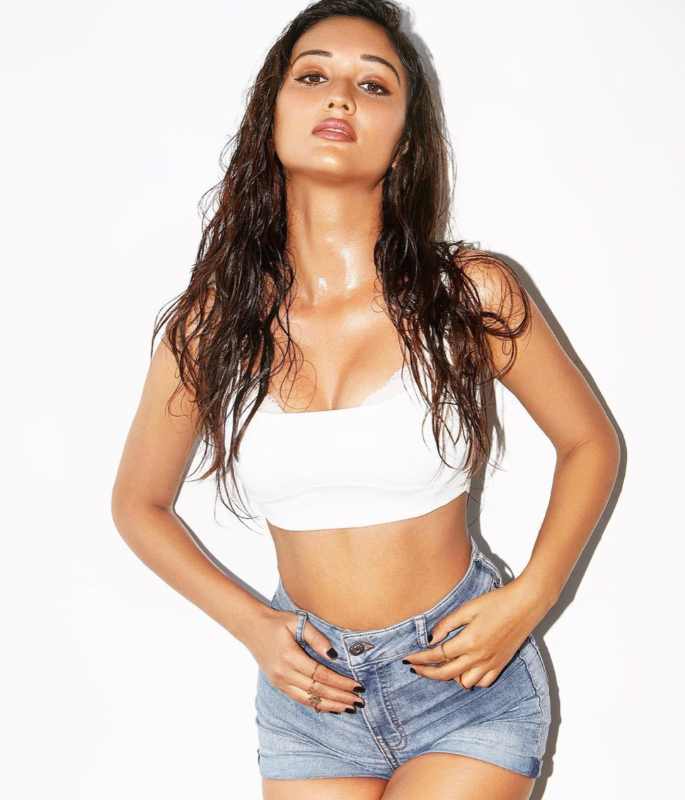 The star nailed the wet hair look whilst wearing a white crop top, with a lacy bra underneath. 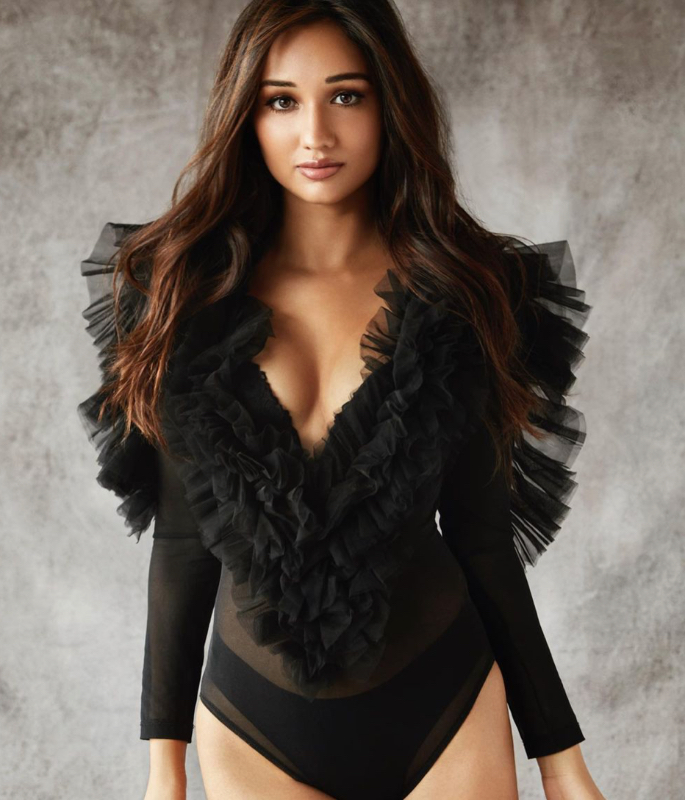 Akanksha Sharma is no stranger to making a fashion statement.

This black sheer bodysuit with extravagant ruffles and a deep V-neck is a testament to her consistently bold style.

Her hair was styled loosely with waves, placing the focus on her avant-garde outfit. 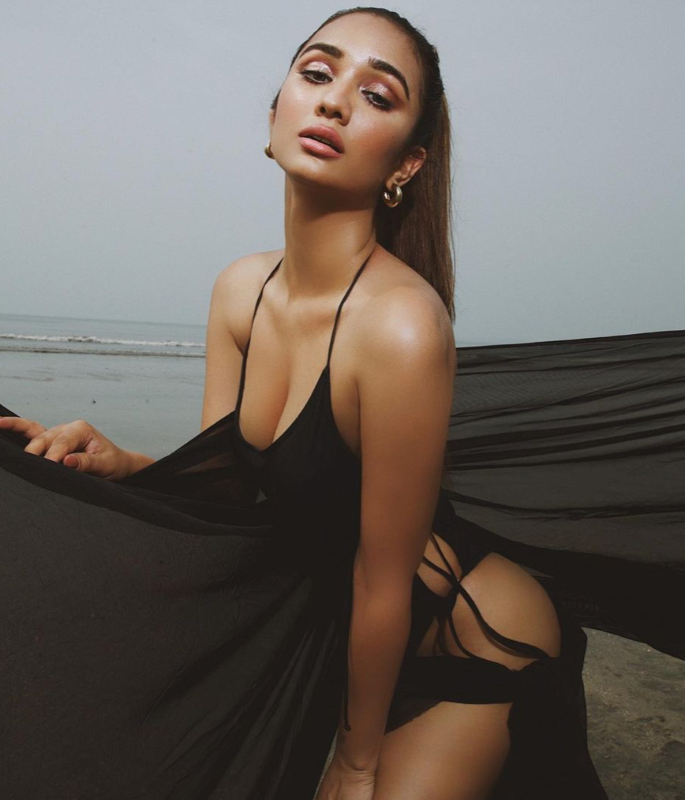 Akanksha Sharma raised the fashion quotient once more when she shared a series of pictures on Instagram in which she wore a black swimsuit.

However, her swimsuit was far from basic as it featured cuts down the sides and elegant panels of sheer fabric.

Akanksha styled her hair into a sleek ponytail for the look and accessorised with simple, gold hoop earrings.

Sparkle in the Sand 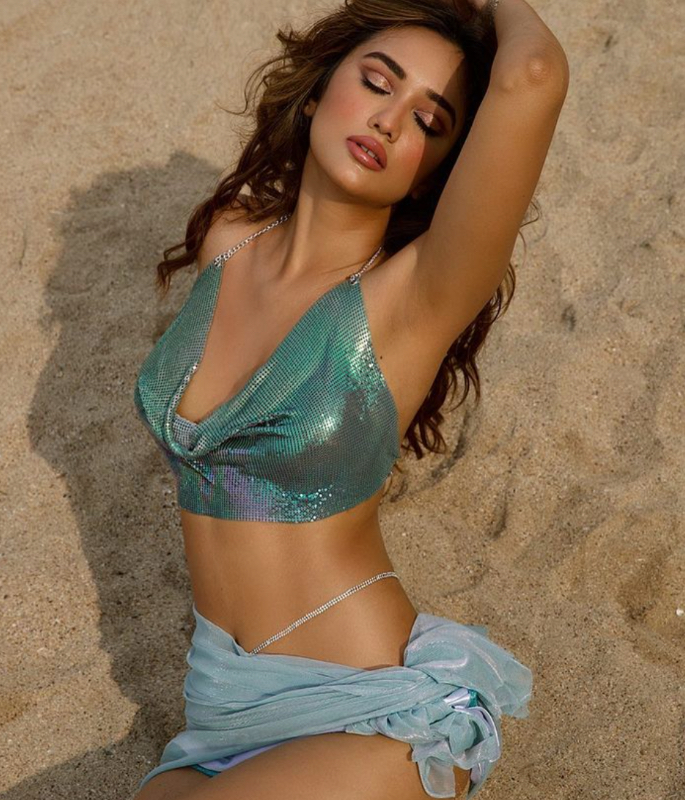 For our final look, we bring you one of Akanksha’s sexiest outfits to date.

The Indian beauty wore a metallic halter-next top with a baby-blue sarong.

To accentuate her glowing skin, Akanksha wore a diamond body chain around her svelte waist.

Aside from making headlines for her sartorial choices, Akanksha recently caught the attention of netizens after it was speculated that she was the reason behind Tiger Shroff and Disha Patani’s break-up.

Tiger and Akanksha were seen interacting on Instagram as she wished him a happy birthday.

Recently, his car was spotted outside her Mumbai residence. Despite the speculation, Tiger denied it, saying the rumours were “not true”.

Ravinder is a Journalism BA graduate. She has a strong passion for all things fashion, beauty, and lifestyle. She also likes to watch films, read books and travel.
Shehnaaz Gill sets Internet on Fire in Sexy White Saree
Shreya Dhanwanthary goes Braless for Sultry Photoshoot