The stunning Khan siblings posed for their first magazine cover. Sara Ali Khan shared a few photos online, which received over a million likes on Instagam.

"Here the siblings look a vision in white"

The actress is seen in a beautiful net saree with a multi-coloured blouse. The one sleeve blouse design creates a bold and edgy statement.

To match her attire, Ibrahim donned a black outfit with a different coloured embellishment across the chest and at the hem.

Her hair was tied into a top-knot bun accentuating her highlighted cheekbones.

She opted to not wear jewellery for the shoot. As a result, her outfit drew in all the attention. 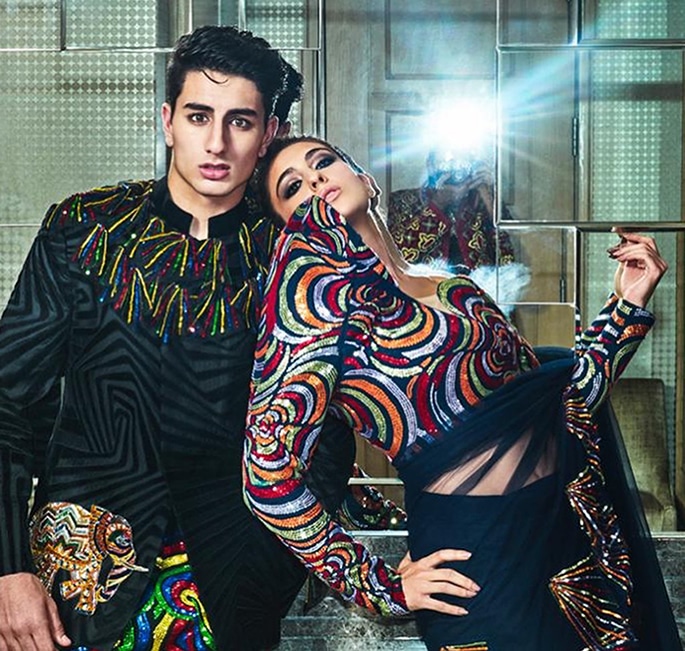 On Instagram, Sara posted the pictures with a caption stating :

In a short amount of time, the post received over a million likes. Priyanka Chopra Jonas commented on the photos saying:

In addition, another user commented: 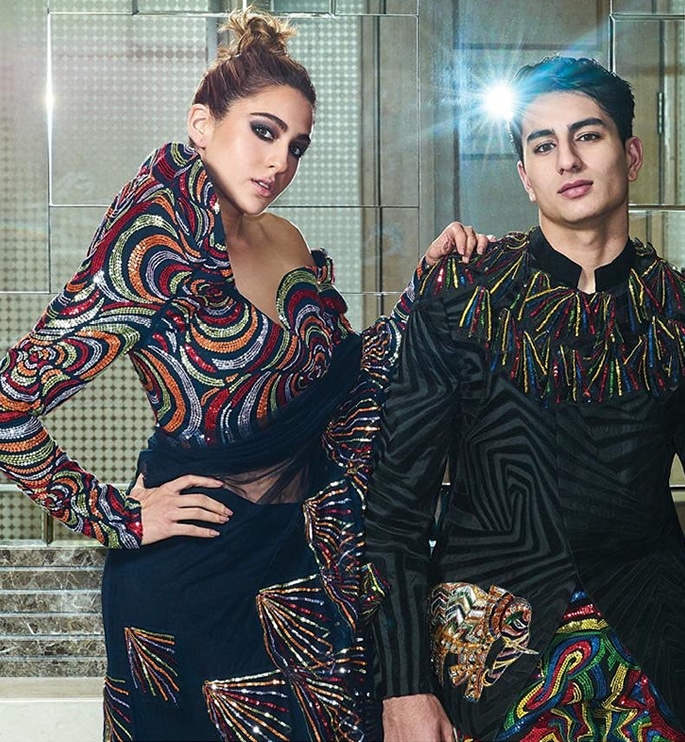 Their magazine shoot was certainly well received, with many praising it.

Sara also shared another video on Instagram, showing the brother and sister twinning in gorgeous white outfits by the same designers. She uploaded the post with the caption:

Here the siblings look a vision in white. Sara is seen in an amazing lace ensemble with an intricately designed cape. Her hair is styled in voluminous loose waves with smoky eye makeup and a glossy nude lip.

Ibrahim complements her attire in an ethnic-style jacket with thread work embroidery.

Sara was last seen in Kedarnath (2019) alongside Sushant Singh Rajput and Simmba (2018) with Ranveer Singh.

Sara went on to win the Filmfare Award for Best Female Debut 2019.

Coolie No. 1 by David Dhawan will be a remake of the popular 1995 film with the same name. The comedy film starred Govinda and Karisma Kapoor in the leading roles. The film is due to release in May 2020.

The year 2020 will be a big year for Sara, with brother Ibrahim surely supporting his sister along the way.

This stunning duo is admired for their gifted looks and their amazing bond. Fans can expect more from them in the future.

Roger Federer asks Desi Fans which Bollywood Film to Watch!
WAR at the Box Office results in a Great Victory